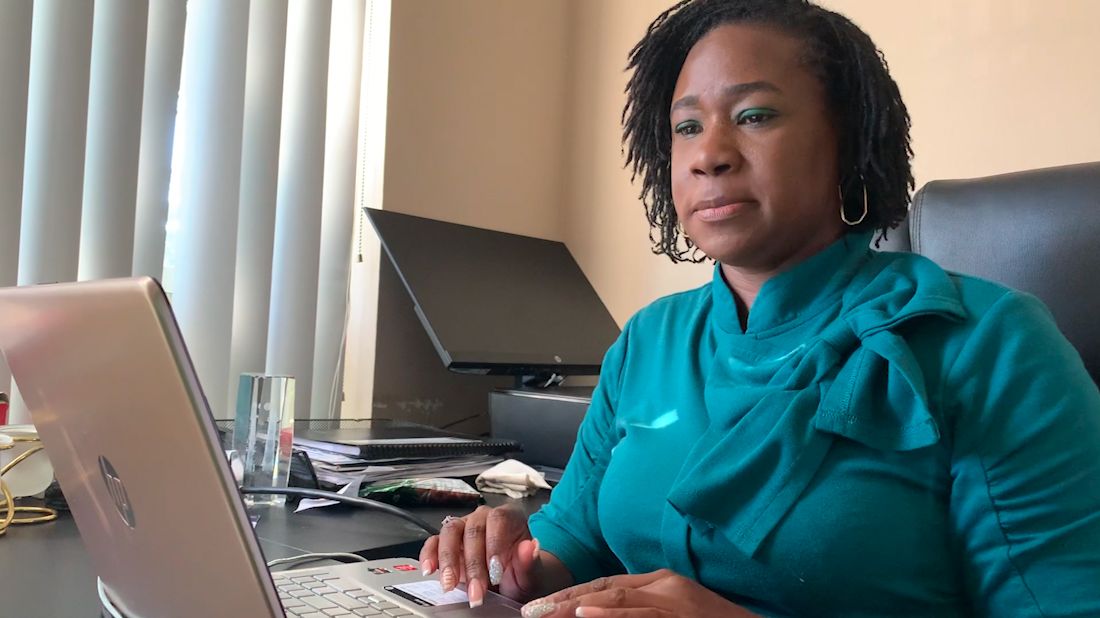 Family attorney Sharnice Perry says the pro bono work she does for clients is inspired by what she went through with her own divorce. (Spectrum Bay News 9/Fadia Patterson)

Tampa attorney's pro bono work inspired by her own divorce

TAMPA, Fla. —  Studies have shown that divorce filings usually peak during the month of March, and this year a American Academy of Matrimonial Lawyers survey of attorneys showed a 63% increase in new clients.

About 45% of the attorneys who participated in the survey said they believe the COVID-19 pandemic was one of the main catalysts for divorces.

Sharnice Perry, Esq. is a recently divorced family attorney who has been offering her services and guidance pro bono to people going through the same situation.

Perry is raising seven of her eight children in Tampa.

"I have six girls and two boys," she said. "For multiple years I never got to be the mom I wanted to be because I was never home."

Perry says she missed out on important moments with her children.

"I was in law school, I had two jobs," she explained.

When her marriage of 15 years fell apart, she said it was a turning point emotionally and professionally.

"My first case out of law school was my own divorce," Perry said.

She said finally making the decision to divorce her children's father was not an easy one.

"I convinced myself that the only person that he was harming was me, like, the kids didn't know," she said. "I don't want to ruin them having a two-parent household because of the things that he was doing. But over the years I realize the actual damage he was causing them."

Studies show #divorce filings peak during March. The American Academy of Matrimonial Lawyers surveyed its attorneys:
-63% saw a spike in clients.
-45% attribute spike to pandemic.
Attorney Sharnice Perry says some couples wish to part but can't due to lack of funds @BN9 . pic.twitter.com/Z9y0Kc1V6n

She's now working full time from home, assisting others who are seeking to get out of unhealthy relationships.

"I've talked to a lot of them," Perry said. "They want to get out but don't have the money to."

Because of the many hurdles she faced during her own divorce, she said she empathizes with many of the men and women she represents.

"I couldn't afford an attorney at the time so I represented myself," Perry said. "That process of going through myself is what made me a family law attorney."

She's been running her own practice for two years after spending 20 years as a law clerk and paralegal.

"It took me several years of law school stopping and going," said Perry. "Definitely proud of where I am now."

Her practice is based out of her home and she said that is no coincidence.

"I spent my whole life trying to build a life to be completely different from the life I had as a child," she said. "It started with me having a single mom and my mom never being available, but over the years I literally became my mom. I remember the kids saying we don't have memories of you because you were always working."

She's now able to set her own schedule and create moments with her children.

"You can't go back and change the past," she said. "But you can make choices to improve the future."