In a newly released report, a witness says the parking garage collapsed without warning. It crushed and killed a welder who was standing on a ladder on the bottom floor. Clearwater police released this photo Monday.

CLEARWATER, Fla. — Clearwater police are finished with their investigation into a parking garage stairwell collapse that killed a man last December.


According to Pinellas County Prosecutor Bruce Bartlett, no major criminal charges are expected.

In a newly released report, a witness says the parking garage collapsed without warning. It crushed and killed a welder who was standing on a ladder on the bottom floor.

New police photos show the aftermath of that collapse, showing multiple levels where the stairwell is missing and a pile of rubble on the bottom floor that killed 23-year-old Mitchel Klock. 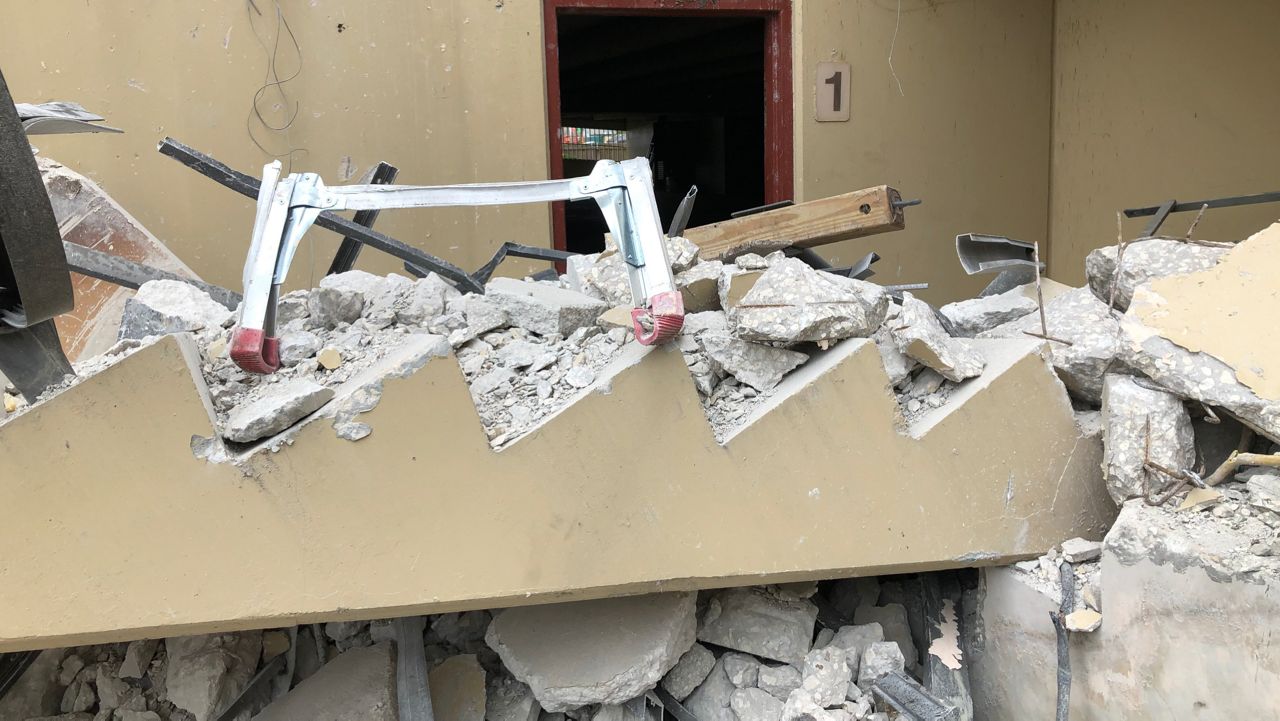 For that reason, a structural engineering report had to be submitted before any work could begin.

According to the investigation, Plymouth got that engineering report in October. It did not find any "current life safety issues," but the report wasn't provided to the city before the collapse.

There was also no permit pulled.

Plymouth hired Forgue General Contracting from Lakeland. The owner told investigators he didn't think he had to pull a permit because they were doing maintenance work.

Forgue General Contracting hired Klock, a welder. He worked on the building for a couple of weeks before it collapsed.

On that same day of the collapse, Klock's last text to his wife stated, "Worst job I've been on all year. So (expletive) hard."

Spectrum Bay News 9 left a message for Forgue General Contracting, and our call was not immediately returned.

According to the Tampa Bay Times, an attorney for Klock's widow has filed court documents indicating she's considering suing for wrongful death.