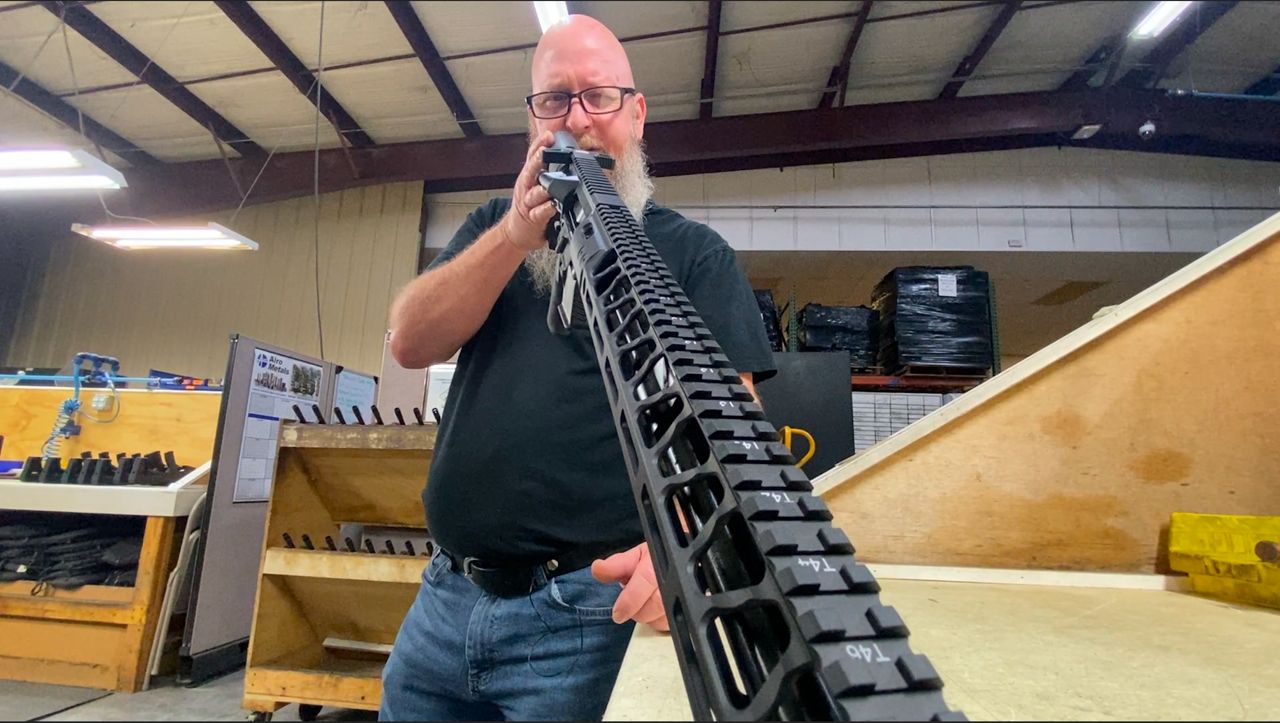 Tim McLellan had been assembling rifles for 20 years. If there’s one thing you should know about McLellan it’s that he knows his way around firearms. (Katya Guillaume, Spectrum News image)

HERNANDO COUNTY, Fla. — The Russian invasion on Ukraine has left many Ukrainians, still living in the area, very vulnerable and crying out for help.

The attack has tugged on hearts here in the Bay area. Adams Arms is a firearm manufacturing company in Brooksville. They design rifles like AR-15s.

Tim McLellan had been assembling rifles for 20 years. If there’s one thing you should know about McLellan it’s that he knows his way around firearms. 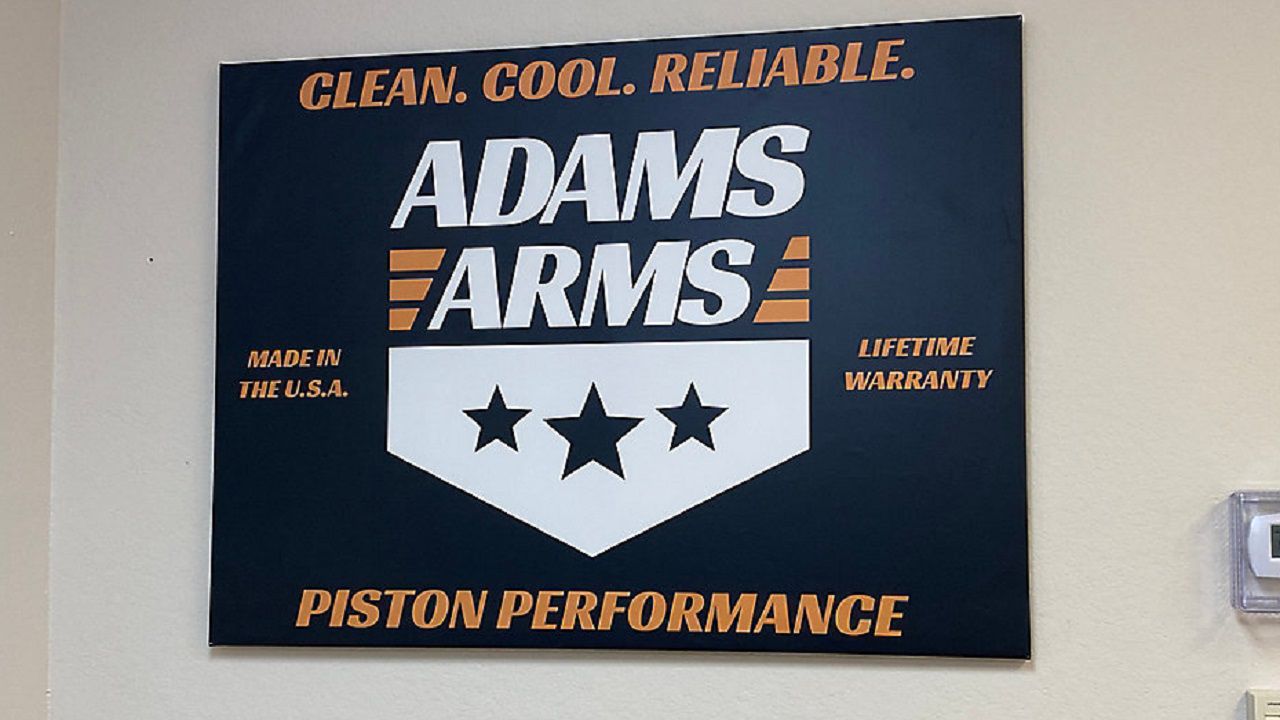 “I started out as a gunsmith and then just kind of worked my way up,” he said.

He’s been assembling them at Adams Arms for the last 10 years.

“Basically we’re checking to make sure everything is aligned and straight,” he added while checking the final assembly of one of the rifles.

Every little detail matters, especially when these AR-15s are scheduled to be delivered to Ukraine for civilian use.

Jason East is the current president of Adams Arms. He took over the company in 2019.

He told Bay News 9's Katya Guillaume, “We’re a passionate group of people. Not only are we hunters and fishermen and avid outdoorsmen but the biggest thing is we are stomp supporters of liberty and freedom.”

East has been selling firearms across the world. He has already shipped over 500 rifles to civilians in Ukraine since the country’s invasion from Russia.

“We have a plan to ship up to 2,500 additional rifles over the next few weeks," he said. 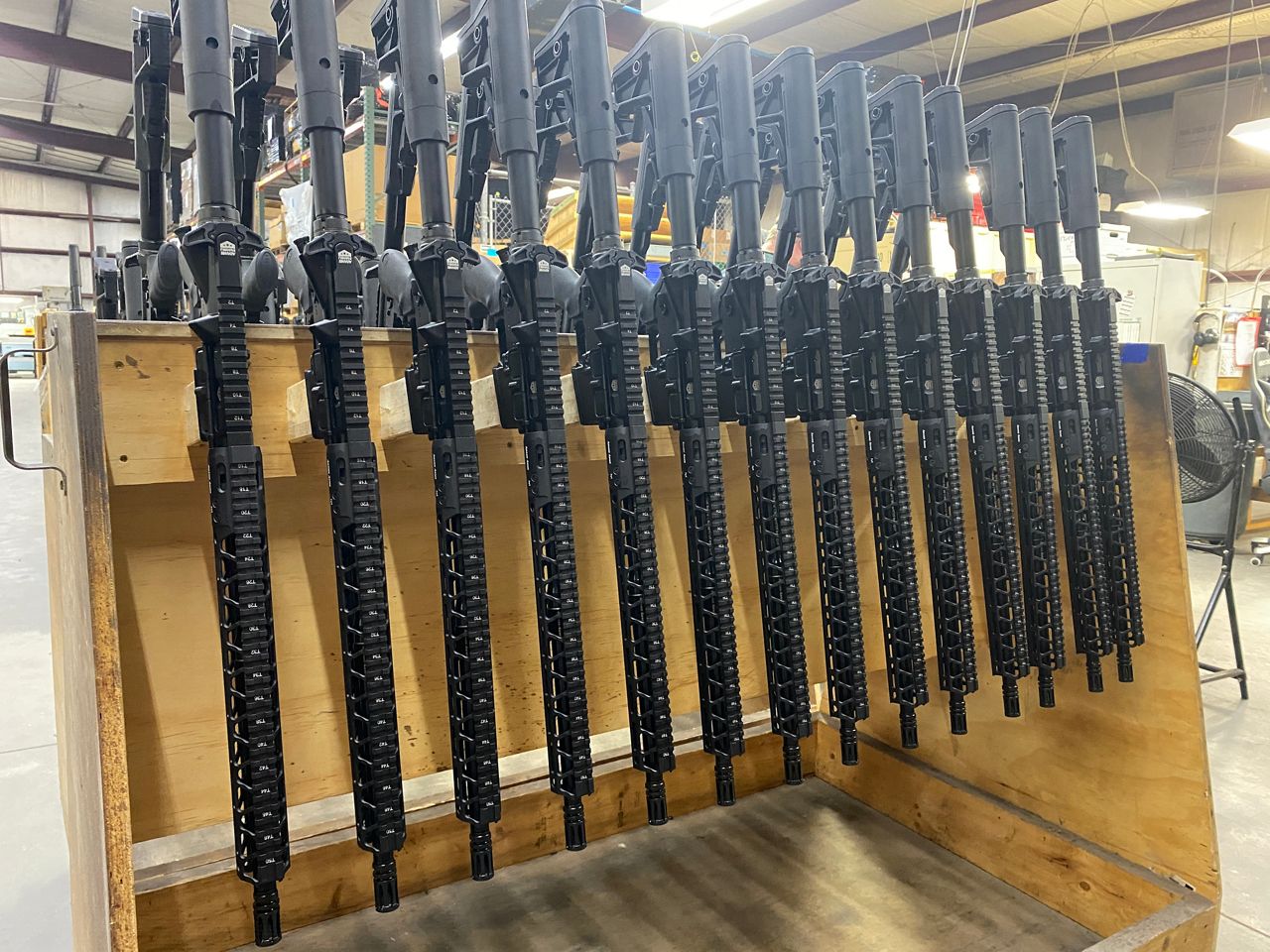 All the rifles are built in-house and then sent to McLellan and his staff to assemble and test before they ship them out.

McLellan added, “That gives me a little bit of joy knowing that I can actually, from America help people from across the country. That they actually know that there’s somebody somewhere thousands of miles away that’s actually concerned and thinking about them too.”

For him and his coworkers, this is a job they take very seriously.

Every gun they’re putting together will be processed through the state department and government agencies before being shipped overseas.

The company is also doing a peaceful call to arms for civilians by spreading the message of freedom.

.@AdamsArms in Brooksville is showing support for the Ukrainian people.

They are shipping over 2,500 AR-15's for civilian use and selling t-shirts to raise funds for any additional needs.

Sandy Terzak says she's proud of what her company is doing.

They are raising funds through T-shirt sales. The funds raised will go to the Ukrainian National Bank’s war funds to help those in need.

Sandy Terzak is the bookkeeper, who also has distant relatives in Ukraine with whom she hasn't made contact.

She told Bay News 9 that this project makes her proud to work for Adams Arms.

“These people need all the help that they can get right now," she said. "They are suffering. They are losing everything, they’re walking around not even knowing where they’re gonna go and they are crying out for help.”