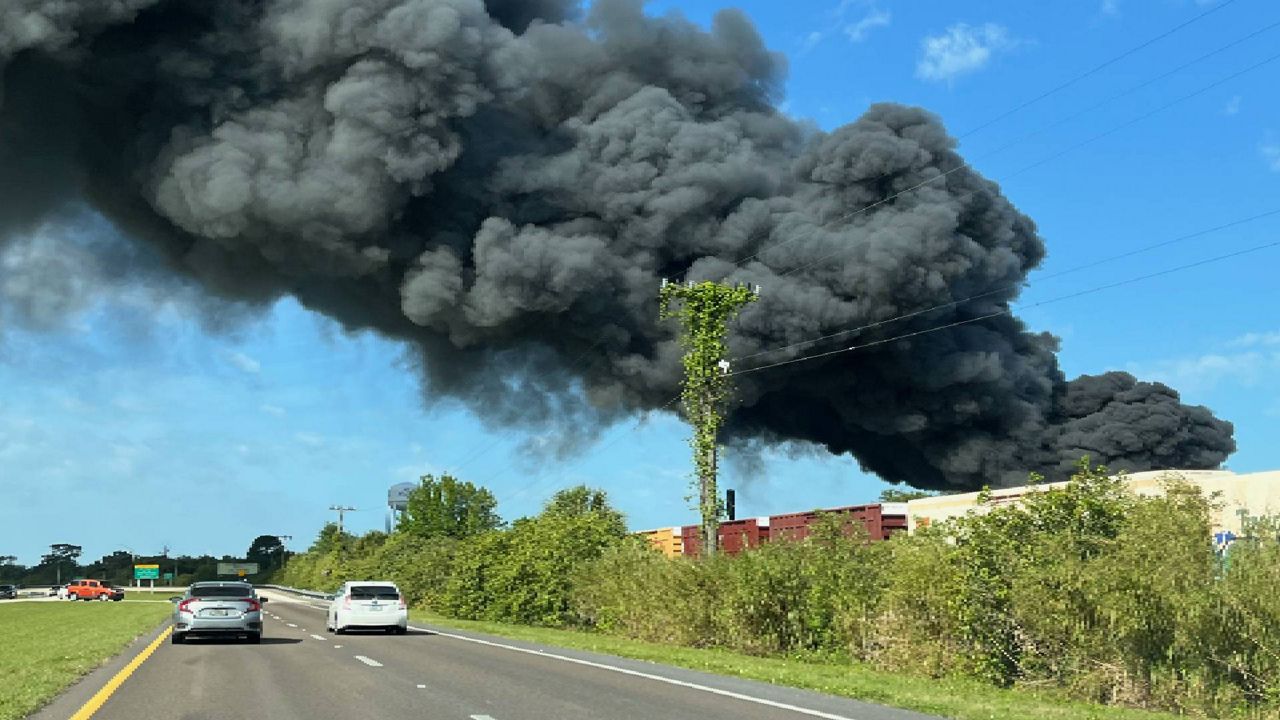 Emergency crews were able to quell a fire sending massive plumes of smoke into the air in Manatee County Saturday around 10 a.m. The sheriff's office said the fire broke out at a scrap metal yard north of Sea Port Manatee, which is near the Manatee County Jail.

BREAKING NEWS: Massive fire at the Port Manatee Scrap yard. This smoke plume can be seen for miles. Could be some road closures in the area. No word on any injuries to those in the jail nearby. @BN9 https://t.co/Zw1a7UMLzK

There was no threat to the jail, according to the sheriff's office.

Manatee resident Greg McCammon took photos and recorded video of another angle of the fire outside of his home.


About 50 firefighters and additional emergency services from Hillsborough and Sarasota counties were dispatched to contain the fire, according to Manatee County Director of Public Safety Jacob Sour during a press conference Saturday.

The Florida Highway Patrol and local law enforcement agencies were on hand to assist with traffic control. According to North Port Fire Department Chief Mike Rampino, two crews remained over night for any hot spots. No residents living in the surrounding area were affected.

The cause of the fire is still under investigation.