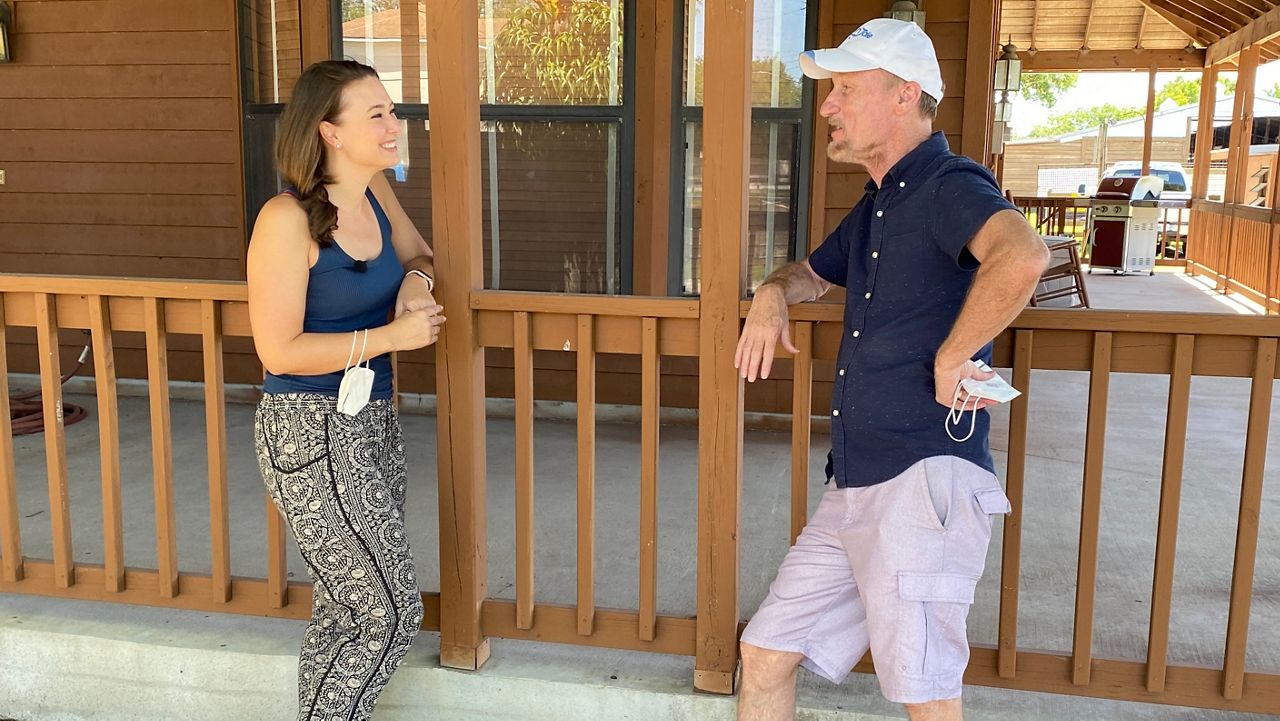 PINELLAS PARK, Fla. — Executive producer David Yates said the Pinellas film incentive program was the reason he decided to shoot two movies, with some big name actors, simultaneously ​over the past couple of weeks in the county.

“They incentivized us to do these films because they show off the area,” said Yates. “They recognize, ‘Hey, this drives tourism.’ These are postcard movies for our area and they play forever.”

The two movies being filmed are “The Pet Detective” and “The Plus One.“

The film incentive program offers up to 20 percent back on expenses. Pinellas Film Commissioner Tony Armer said incentives are only paid after a film shoots. Amer expects to pay out a $250,000 incentive for “The Plus One” and $169,000 for “Pet Detective.”

Actor Sean Astin, who has starred in “Lord of the Rings” and “The Goonies,” plays an undercover FBI agent in “Pet Detective.” It’s being shot in Largo, Pinellas Park and Seminole. Yates said the movie is a comedy.

“There’s a couple of bumbling idiots. Kind of like the criminals in “Home Alone,”” he said. “They’re out stealing pets in an area, and the kids in the area crack the case.”

“It’s a straightforward comedy. Kind of a nod back to the late 90s, early 2000s comedies, where you have people doing crazy things,” said actor Austin Highsmith Garces. “We are having an absolute blast. I play one of the bridesmaids in that movie.”

Garces first met Yates while starring in the “Dolphin Tale” movies. Yates was the CEO of the Clearwater Marine Aquarium at the time and left in 2020, after 14 years. Garces said she polished the “Pet Detective” script and wrote “The Plus One,” which she’s also producing and pushed to have the movies made in Pinellas County.

“Because of “Dolphin Tale” and “Dolphin Tale 2,” I fell in love with this area and I try to come down here as often as possible,” she said. “I’m so excited to be down here making two movies at once. Which is just crazy.”

Yates said having the same production company film two movies at the same time has been organized chaos.

“Doing two movies back-to-back is one thing, but when you’re doing them concurrent, at the same time, I’ve never seen that done before, ever, in an area like this,” he said. “(Executive Producer) Dany Roth and myself, we just believe in getting things done.”

Yates said his job is to troubleshoot problems, which so far have included a storm hitting a yacht, which forced filming to the interior boat, and Ashanti being delayed for the first day on the set.

“She was at the Grammys and her plane got in late because of bad weather. So, she had to miss most of the first day,” he said. “We had to shuffle that around and move it around. Cut her out of a few scenes, but that’s what you do. It’s all about being flexible.”

Yates said both movies are being shot in 13 days, which is about half the amount of time most movies take to make. Filming wraps on Wednesday.

“I thrive on this kind of work. I love being busy like this,” said Yates. “When you can show off the whole area like this, I love Pinellas County.”

Yates wants to make three more movies in Pinellas County by the end of the summer, which will make a total of 10 shot in one year.