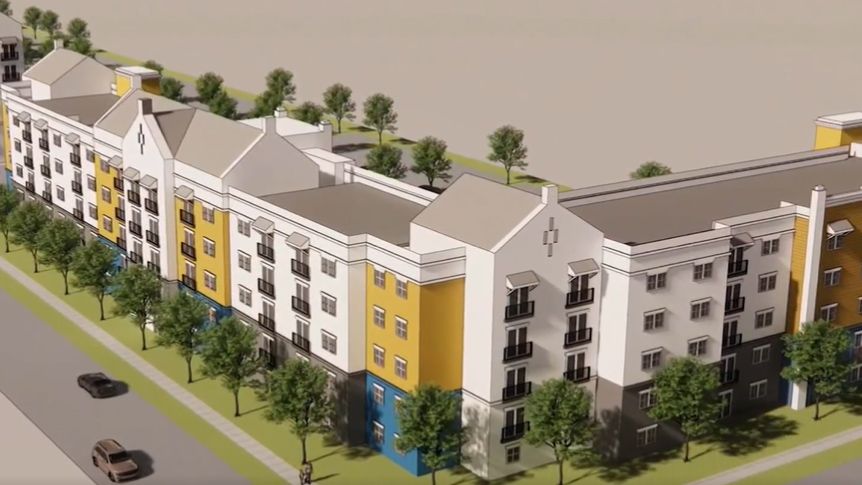 ST. PETERSBURG, Fla. – Hundreds of affordable housing units are on the drawing board for St. Petersburg. Earlier this week, the city Council approved a site plan to build a 264-unit affordable housing complex near the warehouse district in South St. Pete.

“I'm trying to get to that 30% of my income,” Dietrich said, “right now I can't find any available options that would be less than 50% of my income.”

But his encouragement is met almost immediately by a harsh reality.

“I’m going to be homeless. Those waiting lists are full. It’s like a bread line.” For the last two weeks, a friend's couch has been in the space he's called home. Still going to work every day at the Fish House, Dietrich is among the growing population of employed, but homeless

“The hard part waking up on your friend’s couch in the morning is reminding yourself, trying to stay positive, that you didn't do anything wrong to be in this position.” But as he watches Saint Petersburg growing with every new skyscraper in luxury condominium tower, he says feeling helpless isn't the worst part.

“Living in a community where everything feels like you’re not wanted. You’re not needed. That’s a daily fight. You keep telling yourself and the people you love around you that you do matter.” He says feeling like he doesn't matter has given him a new and deeply personal understanding of a black community despite decades ago to make room for Tropicana Field… As they still wait for all promises to be kept.

“We're seeing displacement again in a city that's dealt with this. I don't see how segregating people based on their income is any less  unjust than separating them based on their skin color.” Construction on the new housing project is scheduled to begin later this year with a completion date in 2024.