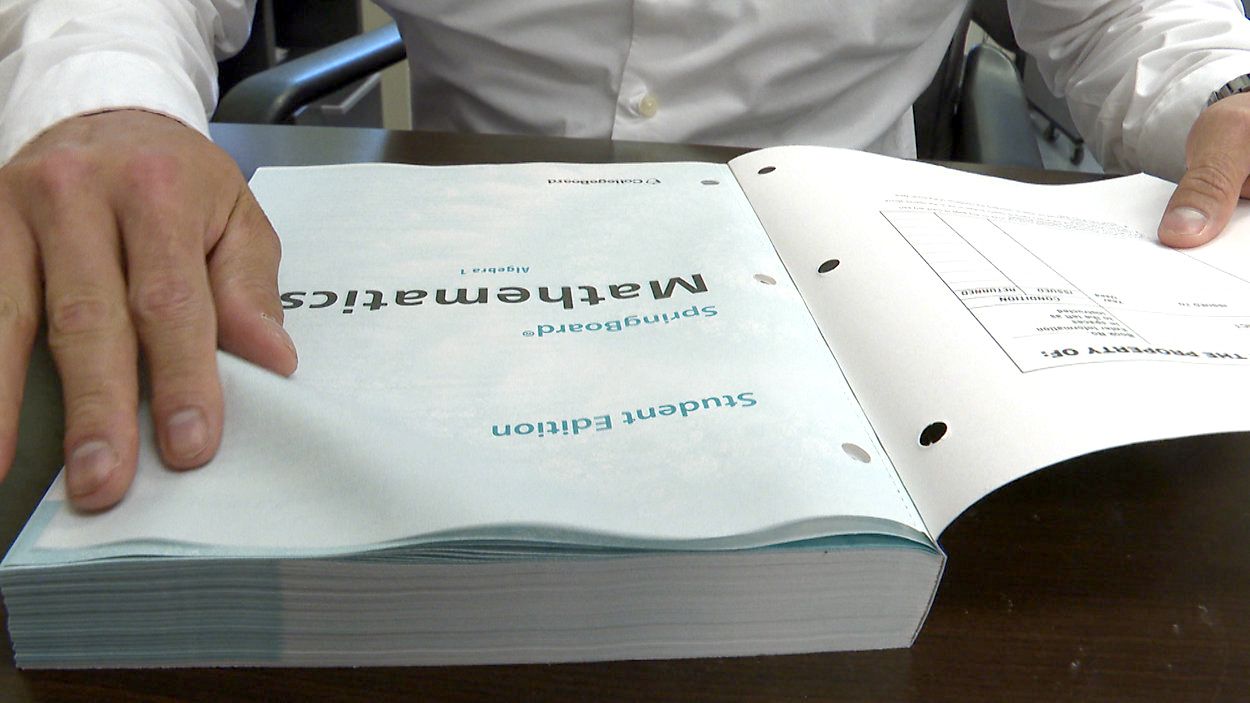 The DOE cited references to Critical Race Theory, Social Emotional Learning, or Common Core for the reason why the textbooks were rejected. (File image)

The Florida Department of Education has released examples from math textbooks to illustrate why they were rejected from the state curriculum last week.

The DOE rejected 41% of the textbooks submitted for review overall, and 71% of textbooks for kindergarten through fifth grade — the most ever in Florida’s history.


The DOE cited references to critical race theory, social emotional learning, or common core as reasons why the textbooks were rejected.

The Florida Department of Education posted four photos on its website — with two appearing to come from the same book — to illustrate "examples of problematic elements" that caused the rejection of more than two dozen textbooks.

The Florida Freedom to Read Project, an organization started by two Orange County moms, had already started its own research into the rejected books, trying to figure out what was problematic.

Raegan Callaway Miller, who lives in St. Pete and is a member of the Florida Freedom to Read Project, showed Spectrum News an example of a first grade math book that’s now on the rejected list.

She read this excerpt: “A little girl is excited to be in first grade math, and it says what is your super power, it’s a mindset, and then we listen to our friends and teachers, and then we think about each other’s ideas.”

Miller said she thinks this is what the DOE considers “Social Emotional Learning,” and she sees no problem with it.

“It promotes collaborative learning, and thinking about one another and everybody’s ideas,” she said.

The Florida Freedom to Read Project researched textbooks that Orange County and Pinellas County Schools approved earlier this year, but have since been rejected by the DOE.

Miller showed examples she thought were what the state may have seen as a problem.  One was a paragraph graph on global warming and climate change, and another illustrated the number of LGBTQ service members discharged from the military showing a decline.

She also said she feels that rejecting the materials won’t protect students, but could actually hurt them.

“My biggest fear is that we’re going to have a bunch of kids who graduate from high school and don’t know how to speak to each other, to compromise, to work on issues,” Miller said.

The publishers who had textbooks banned by the state have the option to appeal the decision.