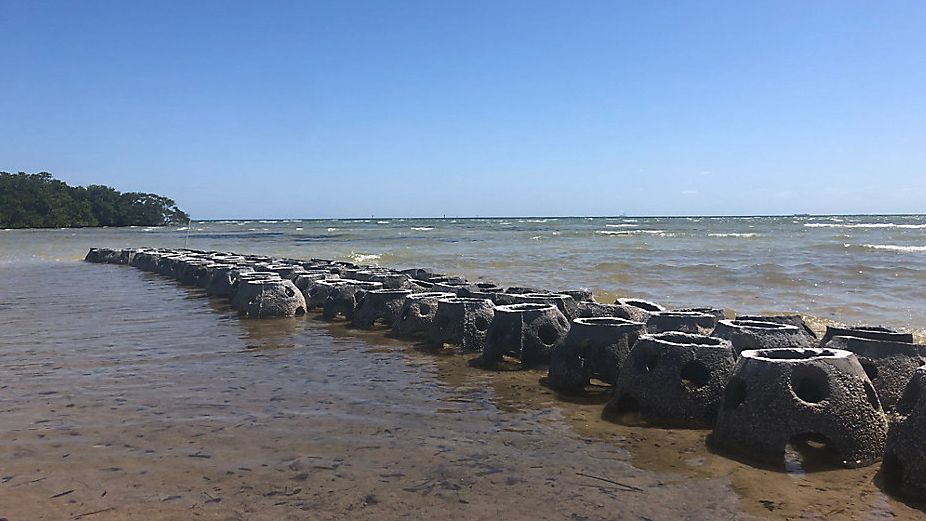 An effort to address severe shoreline erosion in St. Petersburg’s Passing Park is close to wrapping up, with the final pieces of a living shoreline set to be installed on Earth Day, April 22.


A big part of the project are oyster reef balls, which are meant to attract oysters and create a thriving new ecosystem.

Each oyster reef ball is made from marine-safe concrete and weighs about 200 pounds, shaped in a fiber glass mold by members and volunteers with the non-profit organization Tampa Bay Watch.

“It is a man-made object, but the hope is that it will blend into the backdrop of the natural shoreline we’ll help to create,” said Eric Plage, Oyster Reef Ball Project Coordinator. “And it won’t be as obvious that that was something created by us and rather than just naturally occurring.” 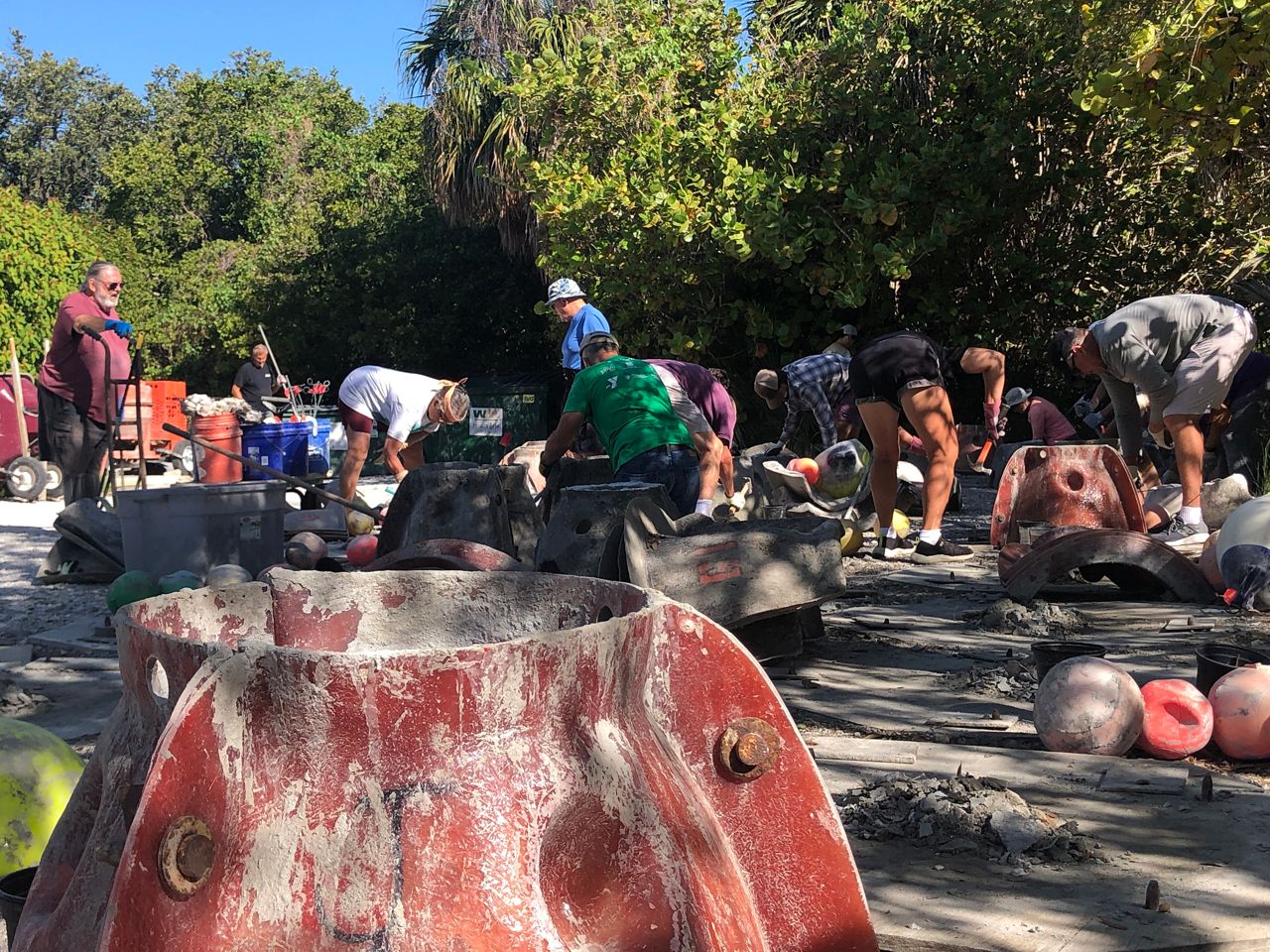 Plage has been involved with Tampa Bay Watch since 2009, when he was a student at Eckerd College. He called it a dream job for a kid from snowy Colorado where he grew up, more than a thousand miles to the nearest ocean.

“I grew up watching the Discovery Channel a lot as a kid,” Plage said. “I loved every aspect of the ocean, the open sea, loved fishing, everything about it.”

Now, Plage manages the entire oyster reef ball program, taking a break from the work to explain what they’ll look like a couple of years after installation.

“Each one of those oysters is filtering about 1-2 gallons of water an hour once submerged, and the importance to us here in the bay for that is that as they're straining out things like Plankton to feed on, they’re also straining out your excess nutrients and things like that,” Plage said. “Those are the things that cause these red tide events.”

When the project at Lassing Park is completed, it will include 792 oyster reef balls, along with shell bags and salt marsh glass along 700 feet of shoreline.

According to the City of St. Petersburg, the cost of the project is $116,547, with most of it covered through grant funding from Tampa Bay Watch.

However, a city spokesperson tells Spectrum Bay News 9 that $24,960 was paid for through Penny for Pinellas funding, and another $28,200 through St. Pete Water Resources. The city says the water resources portion is tied to a 2016 consent order from the Florida Department of Environmental Protection, which was the result of the city’s waste water crisis of 2015 and 2016, during which about 200 million gallons of wastewater were dumped into Tampa Bay.

The consent order allows for in-kind funds to be set aside for environmental improvement projects, which can be spent in-lieu of some of the penalties leveled by the DEP.