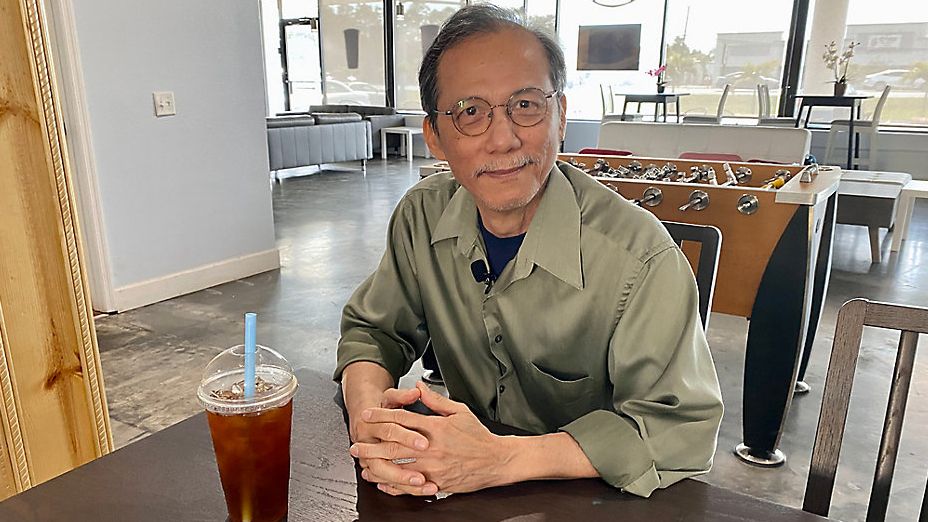 Loc Nguyen says he has seen the Vietnamese community grow from a handful to a more than 10,000 in the 40 years he's lived in the Lealman area. (Spectrum Bay News 9/Josh Rojas)

Since he arrived in Florida 40 years ago, Loc Nguyen has watched the Vietnamese community grow from a handful to a population of more than 10,000 in the Lealman area.

Nguyen fled to Florida from his native country in 1982, after the Vietnam war broke out. He escaped in a small boat that he described as overfilled.

"The first thing, when I see the people on the boat, I was panicked," said Nguyen. "Such a small boat with 60 people, we barely have enough food and water."

Nguyen said on the first day, a big storm hit he was certain they would all die. Miraculously, they survived and were rescued on their third day at sea by an oil research ship from Japan.

Nguyen said the ordeal made him believe in God for the first time.

"No human can survive such a situation. Must have something else. At that time, I don't believe in God at all," he said. "Eventually, I think, yes, there's a creature, a power of supernatural. He helped us."​

Nguyen was sent to Florida because he had a cousin living in Pinellas County. His girlfriend was sent to live with relatives in Minnesota. Nguyen said he brought his girlfriend to Largo and they were married.

Florida's weather reminds them both of Saigon, he said.

Nguyen said he was one of the first volunteers at the Lealman Asian Neighborhood Family Center. It offers services in multiple languages, for job applications, citizenship and after school programs for children.

"We try to serve not only the Asian people, the Asian children, but also the people around here," he said. "The local people too."

Nguyen has since become a board member and taught a smart phone class before the pandemic began.

"At that time, I don't have smart phone yet," he said. "I learned it by using it. When I'm using it and (there's) something I don't understand, I have to Google it to do research."​

Recently, Nguyen helped organize the installation of a monument that honors all the American and South Vietnamese service members who were killed in the war. He wants younger generations to remember their roots.

The permanent monument sits on the corner of Little Saigon Plaza in Clearwater. Victor Pham, 36, owns the Tea Lounge in the plaza. Pham said the plaza owners bought it three years ago.

"They decided to open up Little Saigon Plaza just to have the community come here," he said. "Now we are very happy to have a place that we can call the center of the Asian community."

Nguyen said it's important to support the businesses in Little Saigon Plaza.

"We know when the Asian community opens a business they struggle at first," he said. "We have to support them so they can survive."