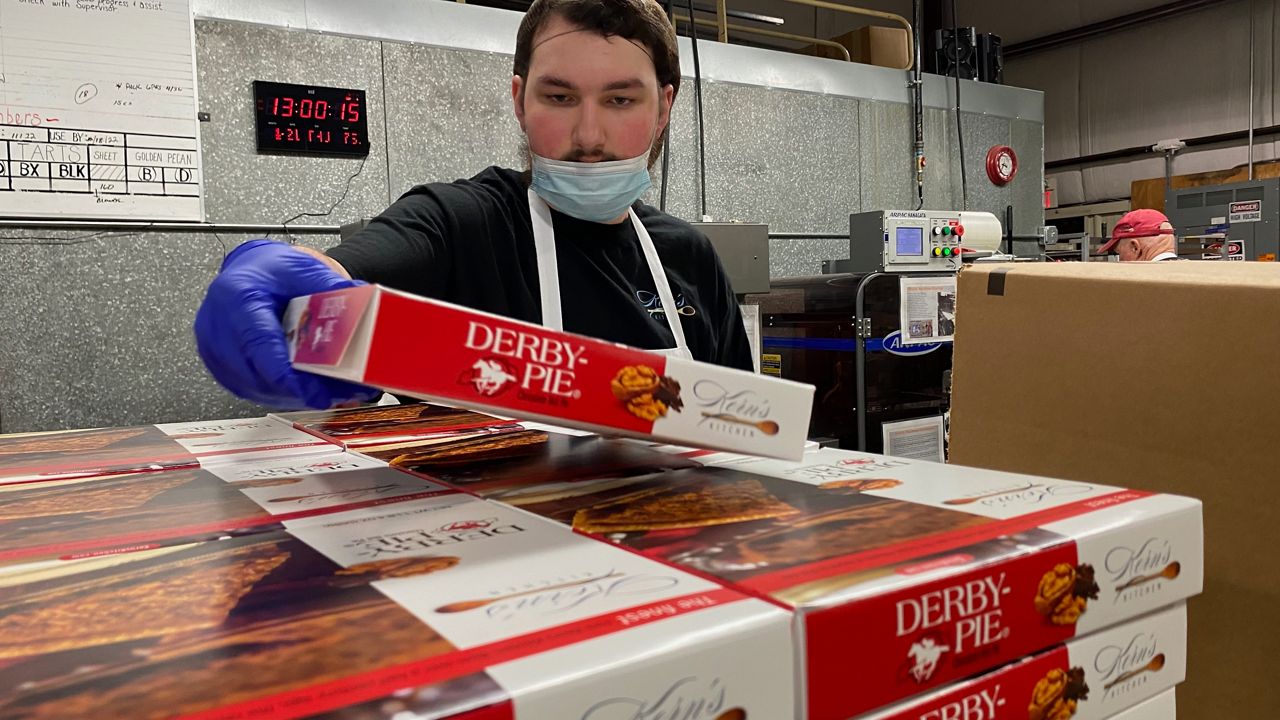 Kern's Kitchen increases production of Derby Pies ahead of Derby

LOUISVILLE, Ky. — For nearly 60 years, Kern’s Kitchen Derby Pie has been a Kentucky staple and Alan Rupp knows a thing or two about how it’s made.

Kern’s Kitchen was born in 1954 at the Melrose Inn, where Rupp’s grandparents Walter and Leaudra and their son George got their start.

“Pretty tough, she’s unloading pies with her bare hands so that’s kind of where I came from,” Rupp, president of Kern’s Kitchen, said. That’s where the Derby Pie got its name, eventually becoming a trademark dessert.

“They came up with the pie as their specialty item for the restaurant and once they came up with pie, then they actually had some friends sit out in the front room at the Melrose Inn and put some names in a hat and drew the name Derby Pie out of a hat,” Rupp said.

In 1973 Rupp got his start in the business, when he started helping with Derby season between college classes. It’s the busiest time of the year for Kern’s, increasing production four times their original amount.

Although there are a few secrets Rupp can’t share, he explains what separates their pie from the competition.

“We start like grandma used to do from ground zero. We make all our own dough. We press the shelves,” Rupp said. “We are a small batch so we mix batch for batch with a really tightly controlled quality. I think that’s a lot of the things that go into making a Derby Pie.” 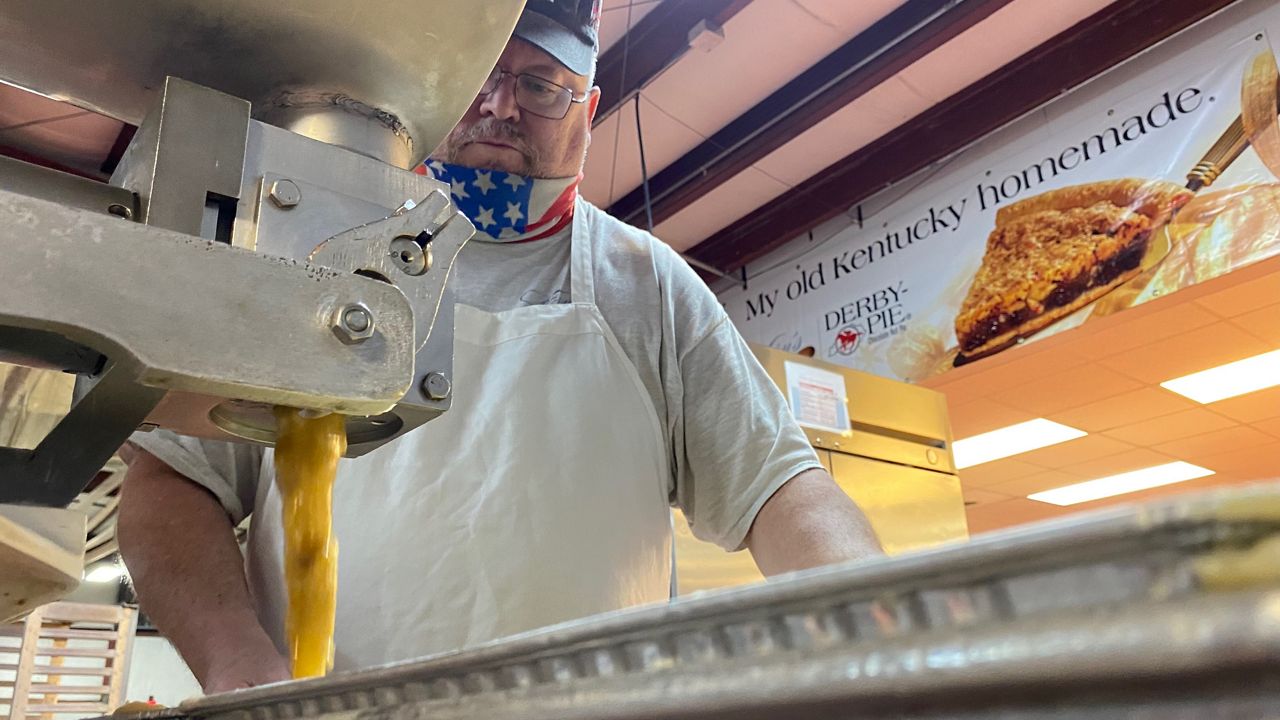 Rupp can’t imagine being anywhere else for the fastest two minutes in sports.

Kern’s Kitchen produces nearly 130,000 Derby Pies a year and in 1985 produced the world’s largest Derby Pie for the grand reopening of the Kentucky Derby Museum.

Fans can enjoy Derby Pie not just here in Kentucky. Kern’s can, and does, ship its treats anywhere. The pies can be ordered online.