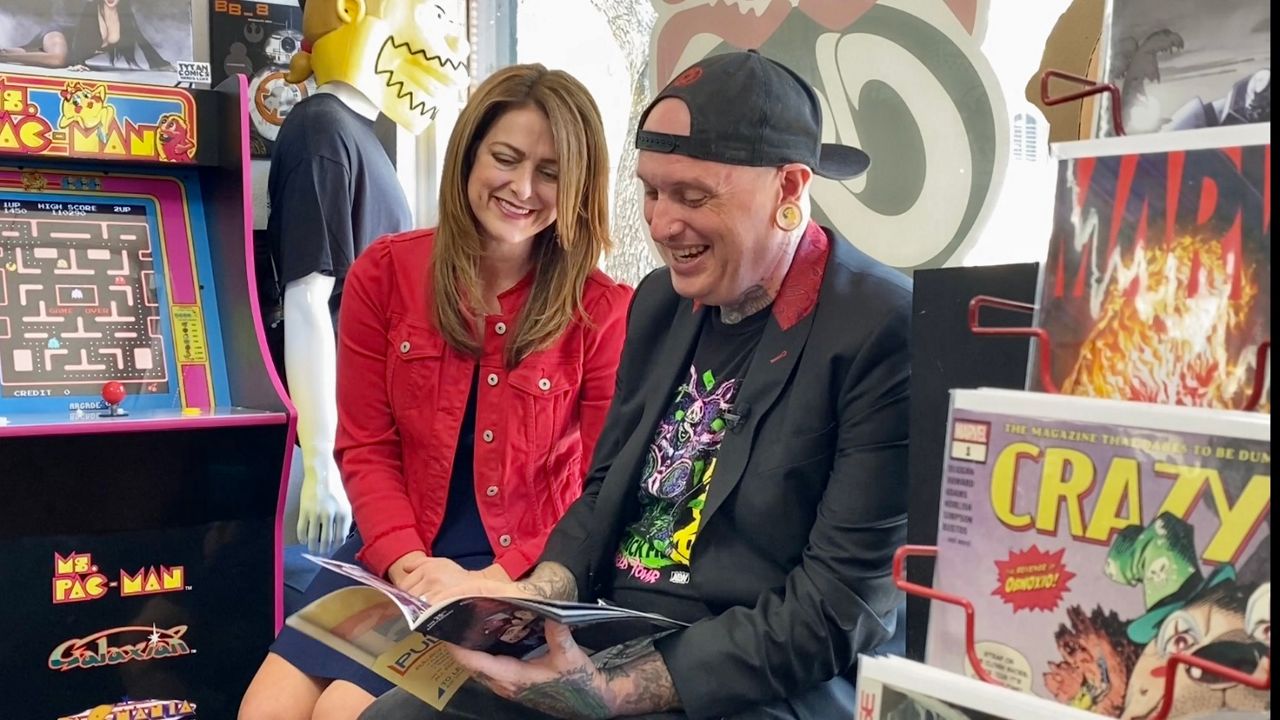 Free Comic Book Day is May 7. Starting in 2002, the giveaway day is turning 20 years old. In that time, comic book stores have given away millions of books. New this year, Tytan Comics will have a booth at the area’s Saturday morning market. (Virginia Johnson/Spectrum Bay News 9)

Pick up a title and read; the goal of Free Comic Book Day is simple

Starting in 2002, the giveaway day is turning 20 years old. In that time, comic book stores have given away millions of books.

It’s all about sharing the gift of reading, according to Ty Harris, a participant, and owner of Tytan Comics in Bradenton.

“Even if they get them started on one book. If a kid can get one book in their hand, it’s worth a million,” Harris said.

Harris has his shipment of giveaway books. There are dozens of comics to choose from, like Buffy the Vampire Slayer.

“It’s the 25th anniversary. How crazy is that?” Harris asked smiling, leafing through the book.

Harris says these free titles give a summary of the comic’s life up top — so you can jump in.

“Especially with stuff like these,” he said, pointing to a primer of sorts in the front of the comic. “When it kind of gives you a backstory of what’s happening, what characters are no longer in the series.”

Harris has been an avid comic book fan since he can remember — his downtown shop is turning seven.

“As long as cavemen could draw on walls, they’ve been telling stories with pictures. I think it’s a long tradition of, you know, art,” said Harris.

It’s a tradition that Harris is happy to carry on.

“I mean I get to work in a toy store,” said Harris. “Isn’t that what everybody wants? To surround yourself with everything that you’re really, really passionate about? I get to look at collections and things that people don’t normally get to see, so that’s great.”

New this year, the store will have a booth at the area’s Saturday morning market, so you check out their booth and store.