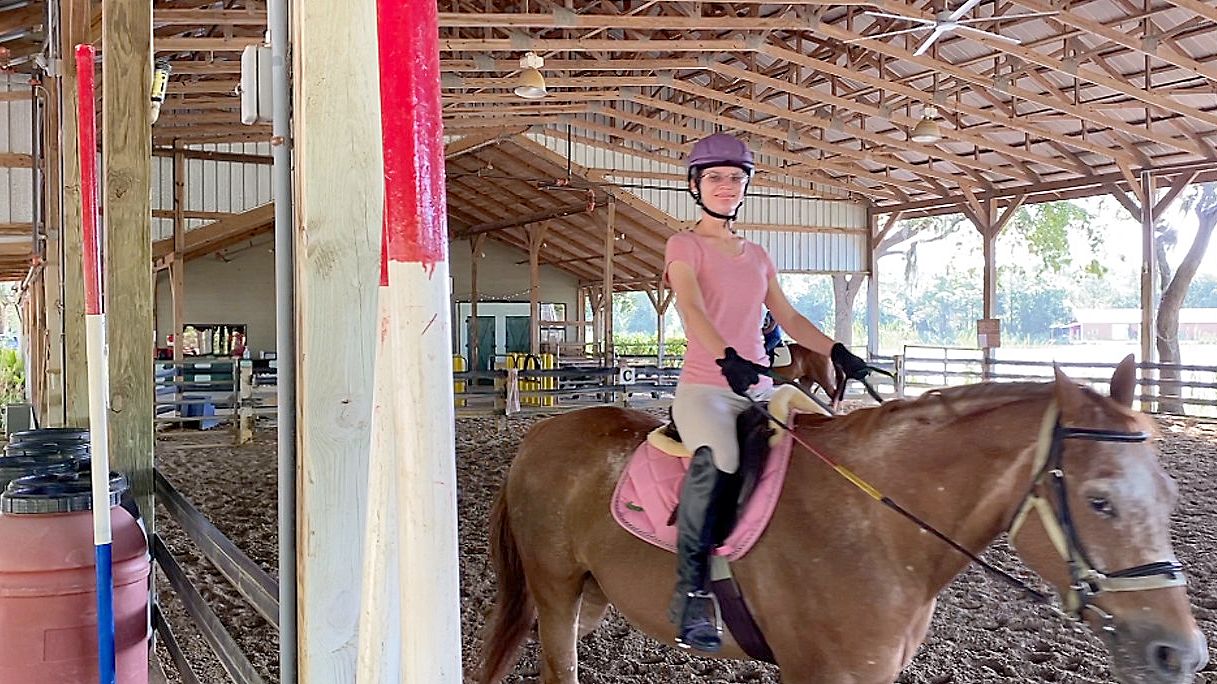 TAMPA, Fla. — Equestrian sports require a certain amount of precision, balance, strength and grace. That’s what Ally Kafka loves about it — riding challenges her, mentally and physically, and it just makes her feel good.

“I feel proud of myself,” Ally said.

She said that pride is infectious, and it makes her want to keep coming back for more.

That’s what riding does for Ally, a typical teenager who just happens to be on the autism spectrum. She said riding horses allows her to just be one of the girls.

“They are treated no differently than any other rider would be treated,” Nancy said. “The expectations are high. It’s not a matter of they can’t. It’s how do we get them to do the level they need to do.”

This isn’t just a hobby for Ally — she’s not riding to merely ride, she’s preparing for something big. Ally has qualified for the Special Olympics in Orlando, so these sessions have some extra energy.

“Who wouldn’t be amped up?” Nancy said. “You’re going to be on a national stage, competing in a way you’ve never competed before. And it’s everything.”

Ally has been working toward this goal for a long time. She began riding when she was 8 years old. Back then she struggled with a speech disorder, and talking was difficult. But then she climbed on a horse for the first time.

“Immediately after her first riding lesson, she was talking nonstop,” Nancy said. “And that was the first time we’d ever seen that. So we were hooked.”

Observers say sports can have a way of engaging people who don’t always like being engaged, for whatever reason. Riding did that for Ally, it gave her a connection to something.

Sometimes people with special needs say they feel trapped because they depend on others for so much.

Riding gives Ally freedom and her independence. And it gives her mom something parents of a special needs children crave.

“And when you find something that obviously makes her happy, improves therapeutically, improves her issues and needs, you feel like, OK, you’ve done something good."