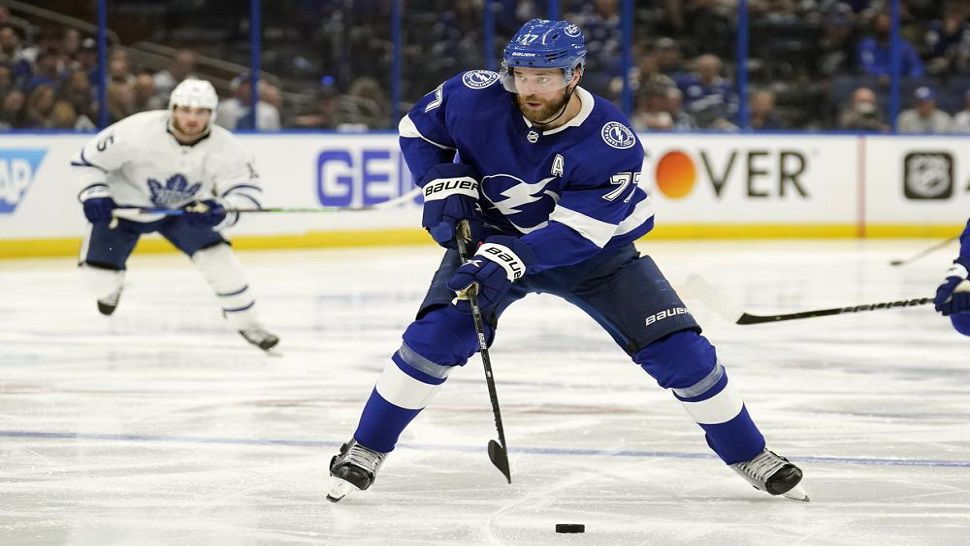 Kittens and puppies and hockey, oh my: Lightning's Hedman helps the Humane Society

TAMPA, Fla. — There are dream jobs. And then there is Sherry Silk’s job.

The CEO of the Humane Society of Tampa Bay spends her days surrounded by animals. Surrounded by unconditional love.

“It’s the best,” Silk said. “You feel like you are making such a difference in that particular animal’s life. So I feel very fortunate.”

Last year, the Humane Society of Tampa Bay helped more than 13,000 of their animals find forever homes. But the current state of the economy has caused their shelter to fill back up. Sherry said they’ve been inundated with families who have had to relinquish their pets for a variety of reasons.

Because the Humane Society of Tampa Bay is a no-kill shelter, it’s put a strain on their resources. But they have a lot of support.

“We do such a great job and the Tampa Bay community comes and adopts animals, so we’re very fortunate,” Silk said.

The Humane Society counts on the kindness of strangers. And someone is no stranger to Tampa Bay Lightning fans stepped up in a big way, Victor Hedman.

“He has been helping us since 2014 and that’s just brought more awareness to the work we do here,” Silk said. “He is an amazing person because he really means it. And he really and truly loves animals.”

Victor recently leant his support with PSA for the Humane Society. And he’s also spearheaded an online auction to raise funding and awareness. Animals just have a special place in his heart.

“They’re looking for a second chance, the puppies and the animals,” he said. “And it’s just unconditional love, like you said. When you bring them home to a forever home, they’ll always be there by your side.”

Victor knows from experience. His French Bulldog Harry is almost as famous as he is. And is usually right by his side.

“He just shines. So happy, every day,” Hedman said. “You know, he’s just happy to see you. Have a bad game, you know, a bad day, he’s always there for you.”

That’s what he wants for others. And why he took the time during a busy hockey season, where the Lightning are vying for the third-straight Stanley Cup, to tape a PSA video for the Humane Society. One of the toughest guys in the sport is a softie when it comes to animals. His message for the Humane Society, even tough guys need love.

Sherry’s got a couple of tough guys at the shelter who need some love. And she’s hoping with Victor Hedman’s help, these animals find forever homes.

Because of his help, Victor will always have a home at the Humane Society.

“He is the real deal,” she said. “I always tell people that hockey players are the best, that’s just my opinion. And he is one of the best. There is no doubt about it. He is our hero here at the Humane Society.”