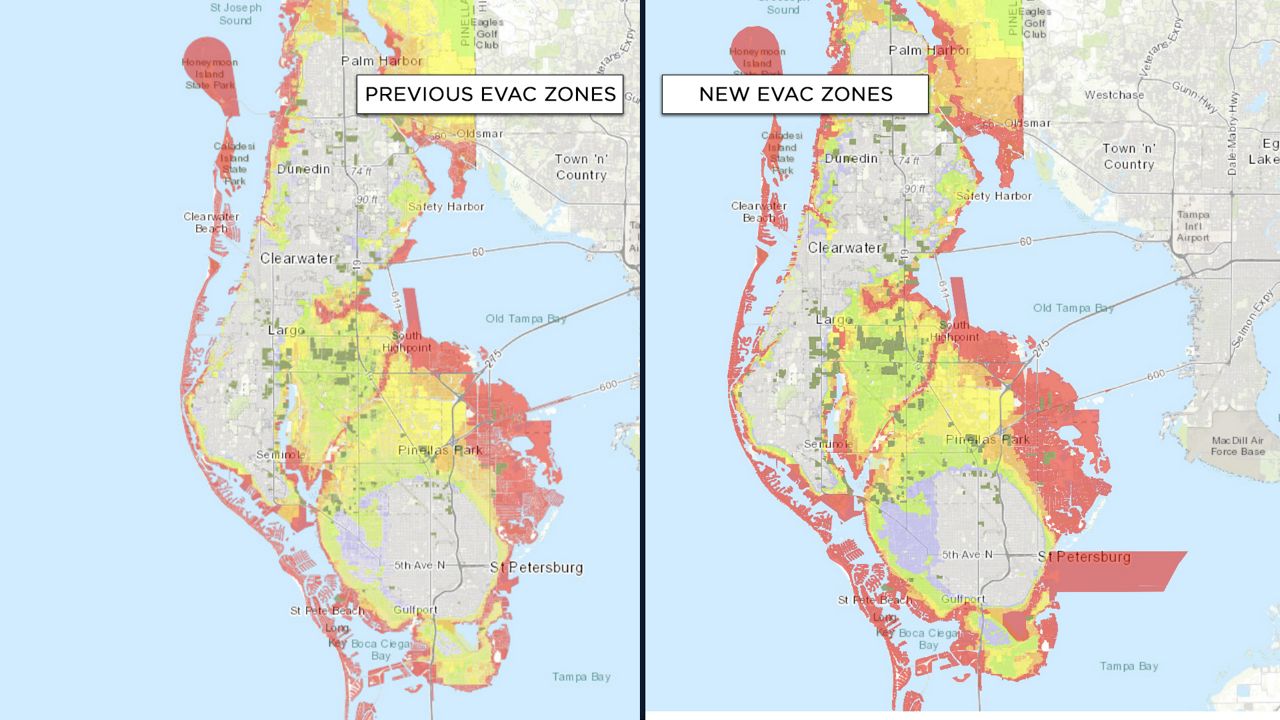 A side by side comparison shows the old evacuation map and the new one.

As we approach hurricane season, be sure to double check which evacuation zone you live in.

A side-by-side comparison below shows the old evacuation map and the new one.

The areas in red are Zone A. That’s the first zone to be evacuated in the event of a major hurricane.

One of the changes in St. Petersburg involves Fossil Park. Most it used to be in Zone B, now all of it and more is now part of Zone A.

It’s been six years since the map has been updated.

**Spectrum News App users, use this link to type in your address**

“I think even like the Lidar data, the elevation data, they look at smaller parcels, so now we can see nuances even between smaller areas. So it just really helps us better understand what our county looks like. Helps us understand drainage better and then the opposite of that if the storm surge gets pushed in, where is that water going to go?”

Perkins said 93,000 people have new evacuation zones in the county. About 34,000 properties shifted to higher risk zones, while 13,600 are now in lower risk zones.

"Well the evacuation maps have changed a little bit for some areas, but the overall idea is still the same,” he said. “Anytime you get ordered in an evacuation, you are going to want to heed those warnings and those evacuation orders properly to figure out exactly where you might be, in the evacuation zone and new evacuation map in Pinellas County. And all of our counties are available on our website.”

It's also important for you to know that evacuation zone changes do not change mandatory flood insurance requirements.