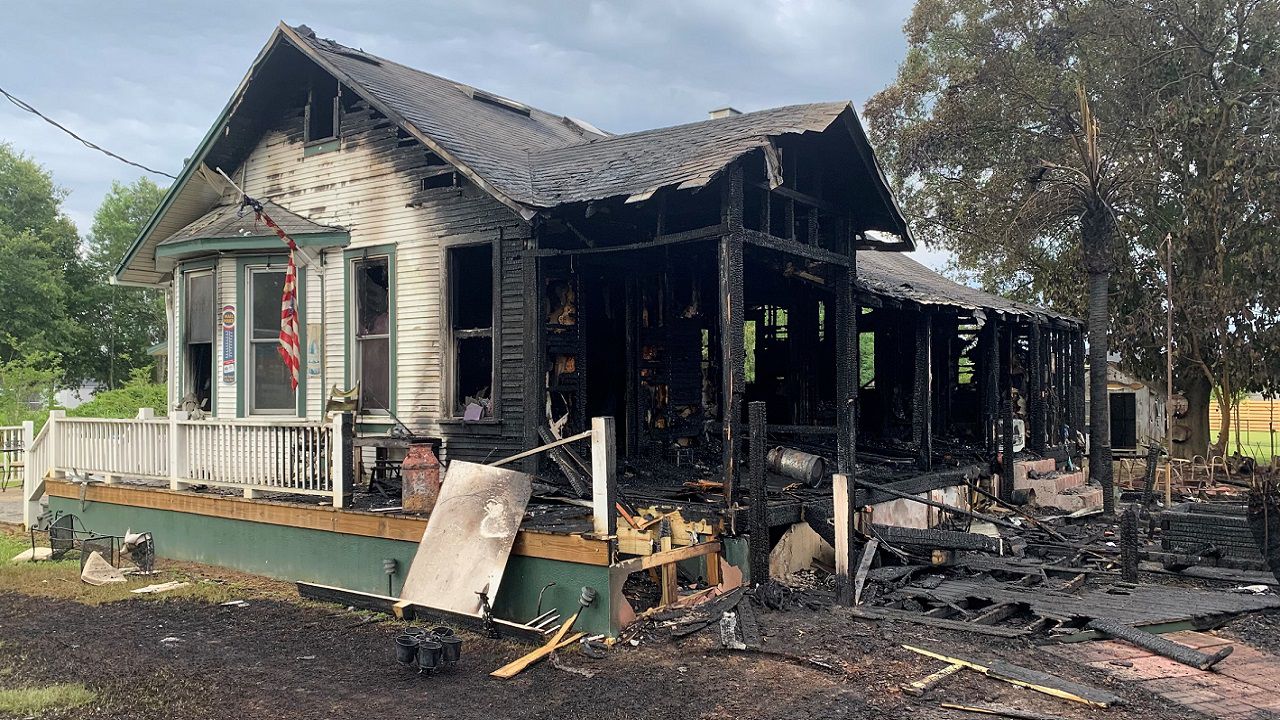 According to Hillsborough County Fire Rescue, responding deputies were alerted that a 9-year-old boy was still in the structure, which was engulfed in smoke and flames. The two deputies acted quickly, breaking a window in the front of the house and guiding the boy to safety. (Jason Lanning, Spectrum News staff)

The boy's mother and her boyfriend also go out of the home safely, and the mother is thanking deputies for their effort.

According to Hillsborough County Fire Rescue, deputies were alerted that a 9-year-old boy was still in the structure, which was engulfed in smoke and flames. The two deputies acted quickly, breaking a window in the front of the house and guiding the boy to safety. The Sheriff's Office provided video of the rescue that is embedded below.

Deputy Alex Maldonado said he tried to figure out the best and safest way to locate the child through all the smoke.

"Just trying to get him to a window and possibly the safest manner for us to possibly go in and grab him if we needed to, it was relatively frantic,” he said.

"Just doing what you’re trained to do and trying to find the safest way to get the child out of this house."

Sheriff Chad Chronister, at a Friday news conference, thanked the deputies for their effort. Deputy Kevin Reich also assisted in the rescue.

In the video released by the Sheriff’s Office, a deputy carrying a flashlight could be heard telling the child, "Come to the light.”

They heard the boy coughing, pulled him from the smoke-filled room and began treatment on him.

Neighbors said they could feel the heat of the fire from a block away.

The boy's mom is grateful.

"Thank you God, thank you," she said.

Both deputies have been with the department since 2020.

The boy is still in the hospital suffering from severe burns and smoke inhalation. The mom and her boyfriend who escaped the fire were taken to the hospital with non life-threatening injuries.

Crews were able to bring the fire under control in about 15 minutes.

Officials said the fire started in that garage and spread to the home.