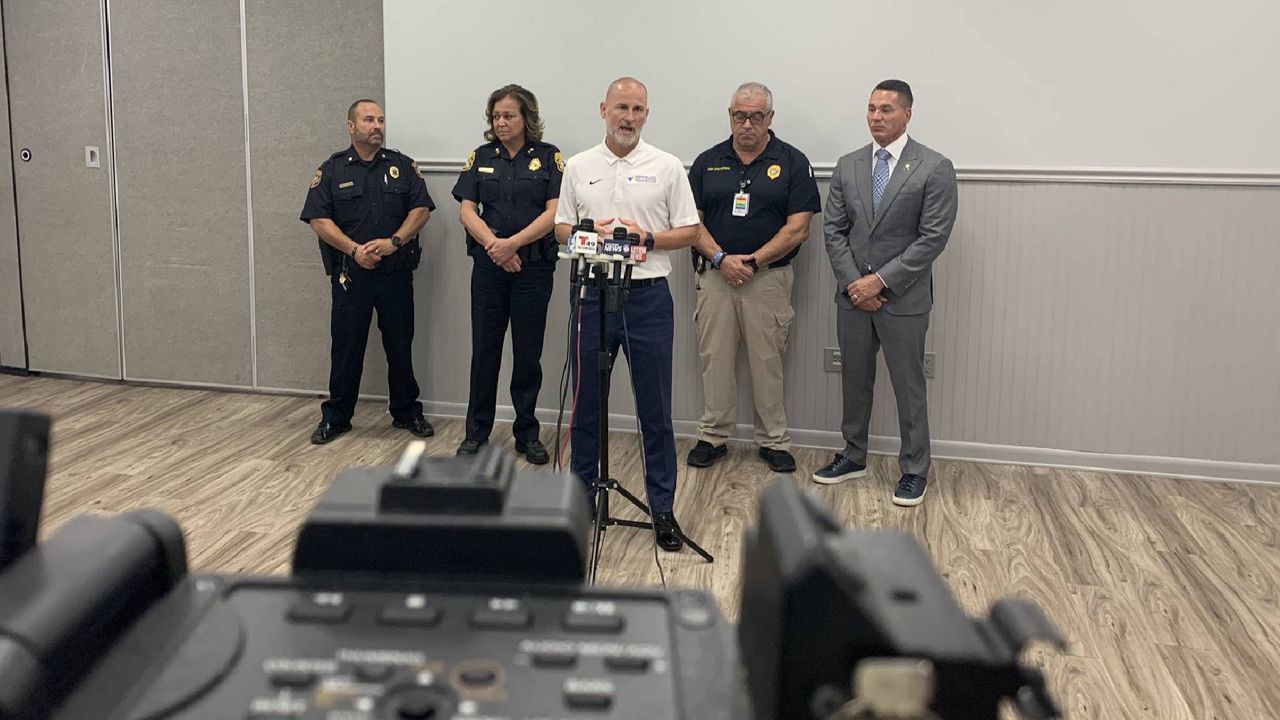 TAMPA, Fla. — Hillsborough County leaders want parents to know they’re doing everything they can to keep kids safe at school.

As the school year winds down, extra patrols will be at schools across the area in response to the Texas school shooting.

Officials with the Hillsborough County Sheriff’s Office and Tampa Police Department say they will have a more visible presence this week for the last few days of the school year.

But protecting students has been an ongoing priority, especially in recent years, they said.

He said he wants to assure parents that he’s doing everything he can to keep their students safe.

“We drill every month, we have ramped up our mental health teams," Newman said. "The teachers and principals are rock stars — when they started this career, they never signed up to worry about an active assailant."

He appeared at a news conference on Wednesday alongside Superintendent Addison Davis, as well as the Tampa Police Chief Mary O’Connor and Hillsborough County Sheriff Chad Chronister.

Chronister said student safety has always been one of his priorities.

“Students shouldn’t have to go school and wonder, 'Am I safe here today? Is today the day that I live or I die?'" he said. "That’s our job as parents, as the sheriff, as the partnerships that we share here."

The officials also praised the partnership between law enforcement agencies and the school system as a way to keep students safe.

“There is strength in numbers,” O’Connor said. “That’s why we stand up here today unified to show all of you in the community that we stand together, in solidarity, to protect the safety of our students.”

They talked about changes made in recent years, especially after the Parkland shooting.

They also are using new technology, like the school’s Centegix Alert System, which allows employees to call for help immediately with the touch of a button.

“Parents every single day trust myself, my leadership team, teachers, staff, volunteers to be able to drop their children off every day to be educated in a safe manner,” Davis said.