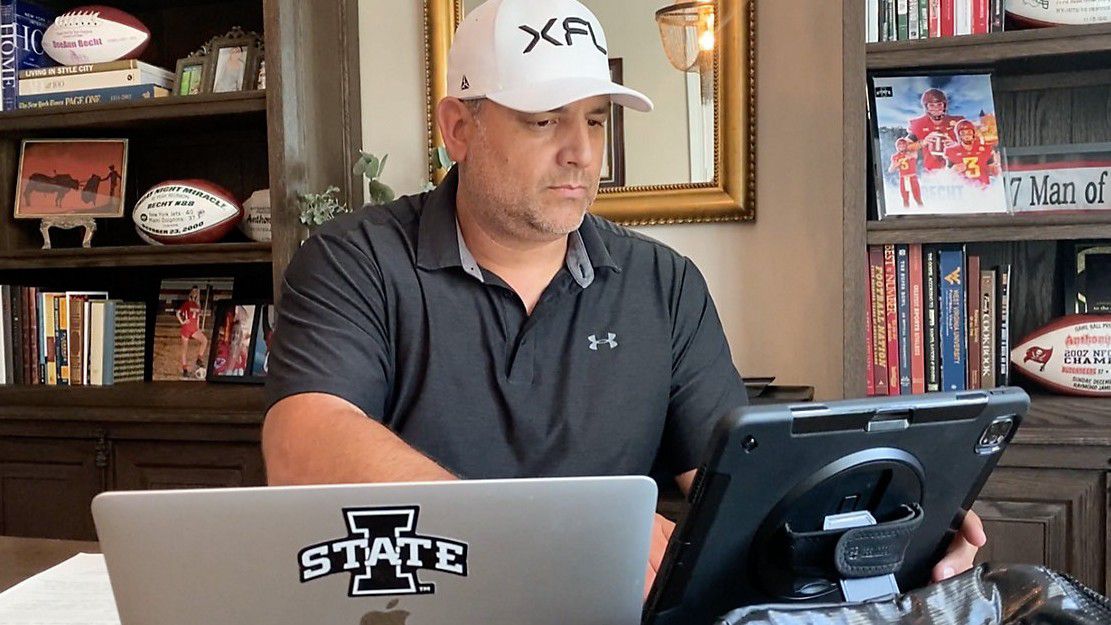 Former Tampa Bay Buccaneer Anthony Becht is taking the next step in his career as a head coach in the XFL. (Spectrum Bay News 9/Olivia Stacey)

Wesley Chapel — Former Buccaneer Anthony Becht has seen the game of football from just about every angle, as an NFL pro, an ESPN analyst and a coach.

Now, he begins his next venture: as a head coach in the XFL.

"There’s a lot of knowledge that I’ve acquired over my career as a player, broadcaster, as a coach, and you know, these developmental leagues are really, I think, the future,” Becht said.

The league is planning a spring re-launch in early 2023, which will be the XFL’s third try.

"Just trying to get some of these players that are across the country that are this close from reaching their goals and dreams, and I hope that every one of my players that I can help develop, can push on to the next level in the NFL, and it’s really needed," Becht told Spectrum News.

Dwayne “The Rock” Johnson leads the venture — driven, in part, by his own experience with football, he partnered with a group of investors to buy the league for $15 million.

Now, players will get a second chance to play pro football at a different level, including college players who may not be draft eligible, but still have a lot to offer.

"Finding out who some of these graduating guys are, watch a little bit of the film, obviously, they are deficient in some areas, but that’s what the key to the XFL is, is really developing these players and finding these guys so we can give them a chance," Becht said.

It marks a new chapter for him, as this will be his first head coaching job.

"It’s in me, and I have a lot of knowledge to give," he said. "I’ve learned so much, and I want to give it more to guys that a can really take the next level professionally. People always think, 'Well you’ve never been a head coach' — I think my experiences have really allowed me to make a jump. For me it starts with the coaching staff, getting the best coaches.”

He's working on building out his coaching staff now, and he has a lot of hope for the season ahead.

"I’m excited — I’m excited, I’m nervous, I’m elated," Becht said. "There’s a lot to get done, but we have a lot of time and it will be here soon quick and I can’t wait for the opportunity."