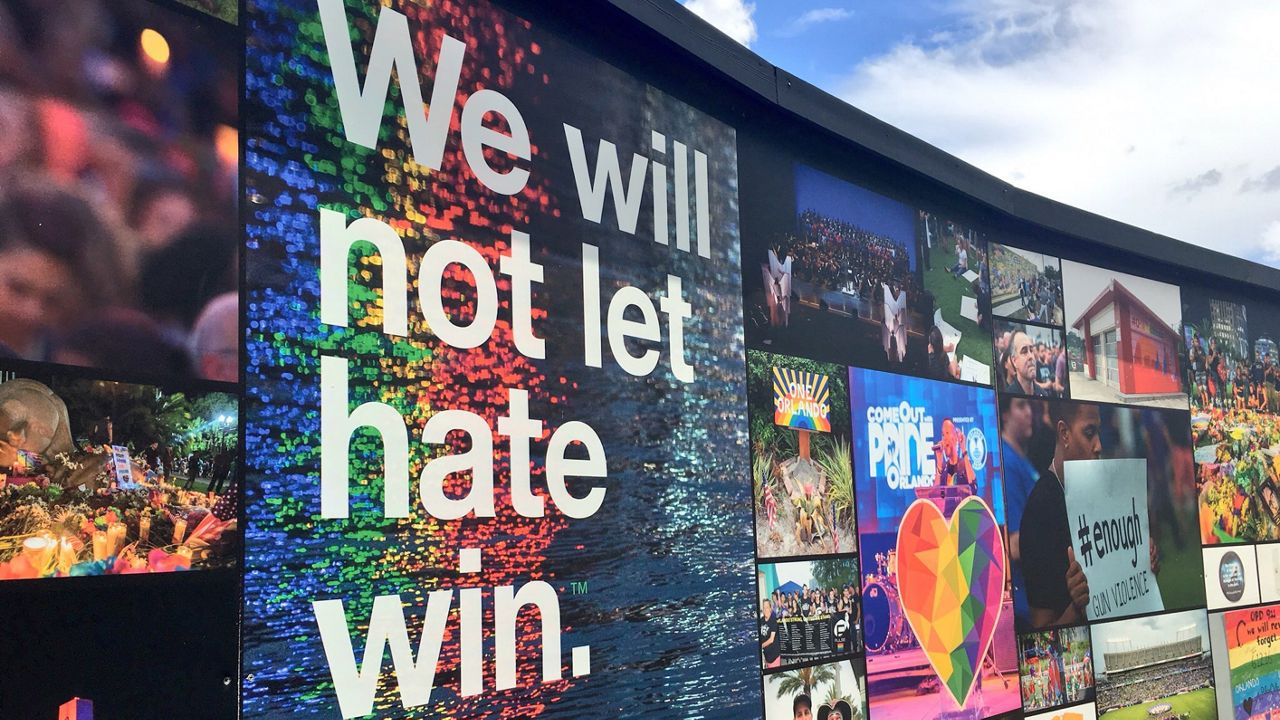 The memorial outside Orlando's Pulse nightclub, where 49 people were killed six years ago, on June 12, 2016. (Spectrum News/Julie Gargotta)

ORLANDO, Fla. — Six years after the mass shooting at Orlando's Pulse nightclub, some who made it out say they live with more than memories of the trauma they endured — they developed PTSD, or continue to harbor deeply rooted survivor’s guilt.

Yet, advocates say that the need is still there.

Though an occasion like one’s 40th birthday calls for celebration, Demetrice Naulings often finds it difficult to celebrate.

His birthday falls less than two weeks before he commemorates the shooting that forever shaped his life. Naulings was in Pulse nightclub on June 12th, 2016, celebrating alongside two friends who had secured a big “gig” in Miami. The makeup artist and hair dresser even worked promoting parties at the nightclub, describing it as a “home away from home.”

But that night, everything changed when a man walked in with a gun and opened fire.

In the chaos and scramble of the shooting, Naulings said he escaped the bathroom area and ran to the Wendy’s restaurant across the street. He was certain his best friend, Eddie Justice, would, too, soon appear.

Justice wasn't at the police station when Naulings later gave a statement to law enforcement about what he witnessed. He wasn’t at the hospital, either.

Naulings, in disbelief, even ran blocks away to where Justice lived, convincing a security guard to let him onto his friend’s floor, where he knocked frantically on the door.

There was no answer.

Naulings said it would be some time before he learned for certain that Justice was dead. 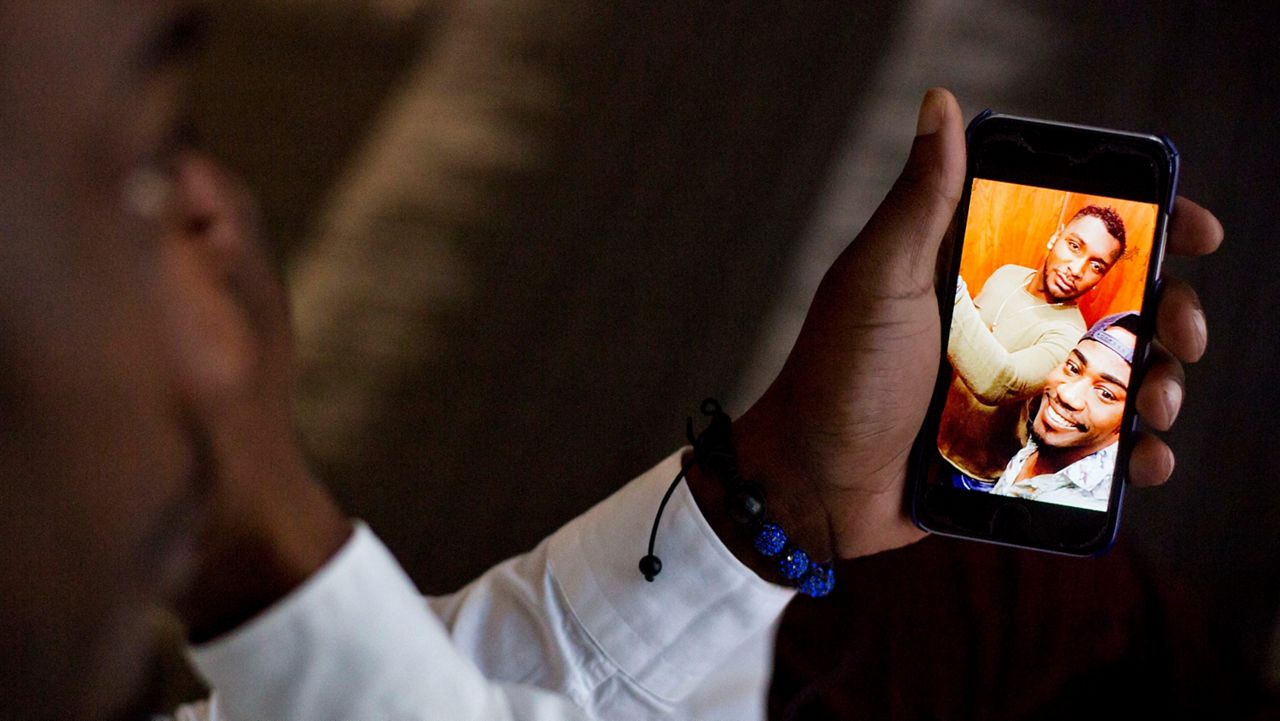 During a 2016 interview, Demetrice Naulings shows a photo he took of himself and his best friend, Eddie Justice, who was killed at Pulse nightclub. (David Goldman/AP)

“I’m never going to get the chance to say goodbye,” he said. “I lost a best friend that night, somebody I was really close with. Someone I’ve known a long time, over 15 years.”

“People are out here suffering, but still putting on a smiley face," he said. "I think people forget about those people — 49 people died, but what about the people who lived through it? Who have to live through it every day? They take that with them. They don’t forget that.”

Naulings said sharing his story with others and highlighting the life of his best friend has helped him to heal.

He now wears a thick gold chain around his neck each day — inside the pendant heart flanked with wings is a photo of himself with Justice.

“So people will always remember him, keep this legacy going alive, make his mom proud," Naulings said. "Maybe she’ll get some peace (knowing) that her son left a big impact on one person in this world.”

One week after the shooting at Pulse nightclub, Mary Wilson and her Miami-based FBI team were called to Orlando for the kind of work they dreaded. They were tasked with meticulously combing through the crime scene to search for missed clues.

For a week, Wilson worked on the evidence response team as a crime scene searcher for 10 to 12 hours each day.

Her immersion into the tragedy left its mark, and she began to struggle — outbursts, trouble sleeping and an inability to concentrate or process tasks on a day-to-day basis. Wilson says it manifested in mistakes at work that got her written up by her superiors.

Later, when a mass shooting happened in January 2017 at the Fort Lauderdale airport, Wilson was unable to go. She also felt like she couldn’t share her pain with others, including her family.

“As a first responder, you want to protect your family, and you protect the people,” she said. “So, it’s not something you can go home and talk about. For first responders, we keep it inside, and it’s not in us to talk about what we’re going through. Also, it seems like a sign of weakness.” 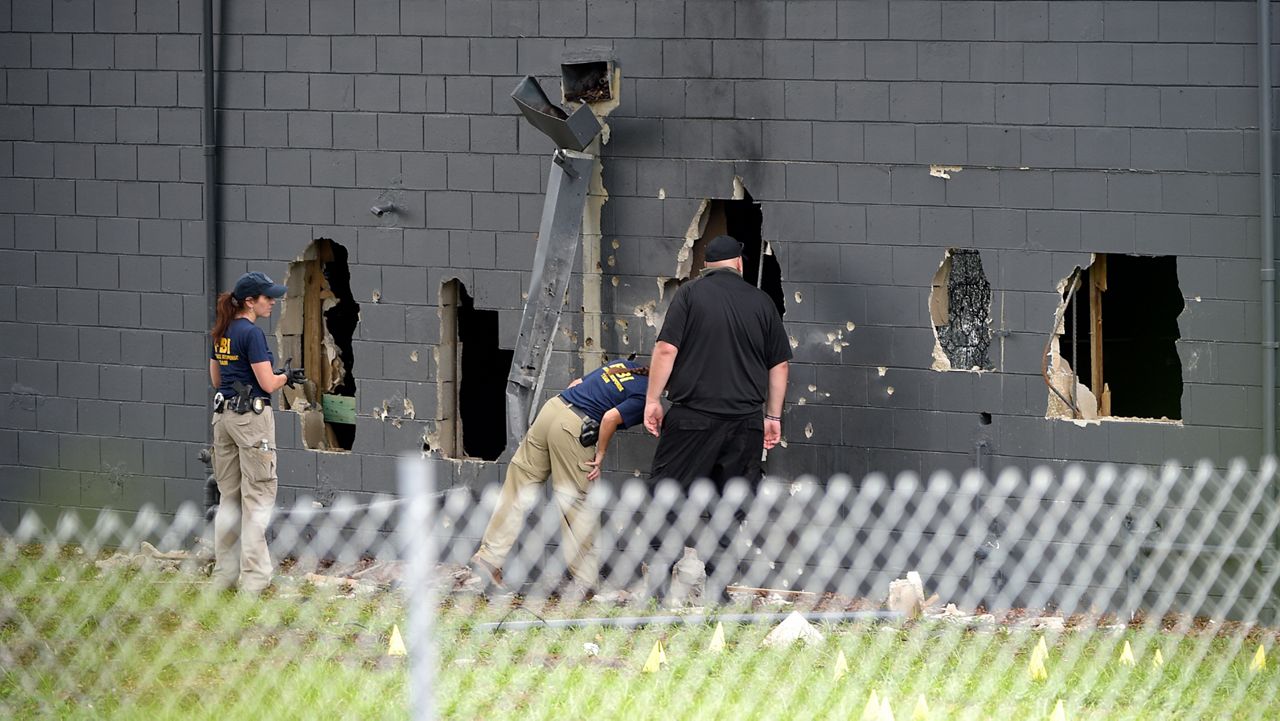 But she says other members of law enforcement lost their lives.

“Within six months of me leaving, we had two people that committed suicide," she said. "So, the suicide rate is high, not just for first responders and survivors too. I can imagine how they would feel, like nobody else understands."

Three years after the shooting at Pulse, Wilson found her way to UCF RESTORES. Despite harboring suicidal thoughts, which the mother called “terrifying,” she said the therapy she received was “life changing.” She’s now studying to become a licensed mental health counselor herself, and moved from Miami to Colorado with dreams of aiding other first responders.

“That was so eye-opening for me — that I was finally able to sit there and tell someone," she said. "‘Yes, I am having these suicidal thoughts,’ ‘No, I don’t want to end my life. I want to continue. I have a family. I love my family.'

"I wish there wasn’t so much stigma in asking for help.”

A casting director by trade, Nancy McBride never envisioned herself producing a documentary about a shooting.

But, so moved by hearing victims’ stories and harrowing tales from the night of the Pulse shooting, she changed course.

“He says, ‘If this is your calling, you have to take it,’” she said, remembering a conversation with her husband.

So, she got to work.

McBride called a friend and teacher at Full Sail University, asking for students to pitch in and look for cameras to borrow. Over the course of five years, she followed survivors — including Naulings — on their respective journeys though surgeries, PTSD and emotional struggles.

It was emotional work, and she says the victims became “like family” to her.

And though “Surviving Pulse: Life After a Mass Shooting” initially sought to tell the tale of “forgotten” survivors — Black Pulse victims within the LGBTQ community who felt left behind when it came to funding and assistance — McBride says the story morphed into something else: It became the tale of people still struggling, years after the mass shooting incident. 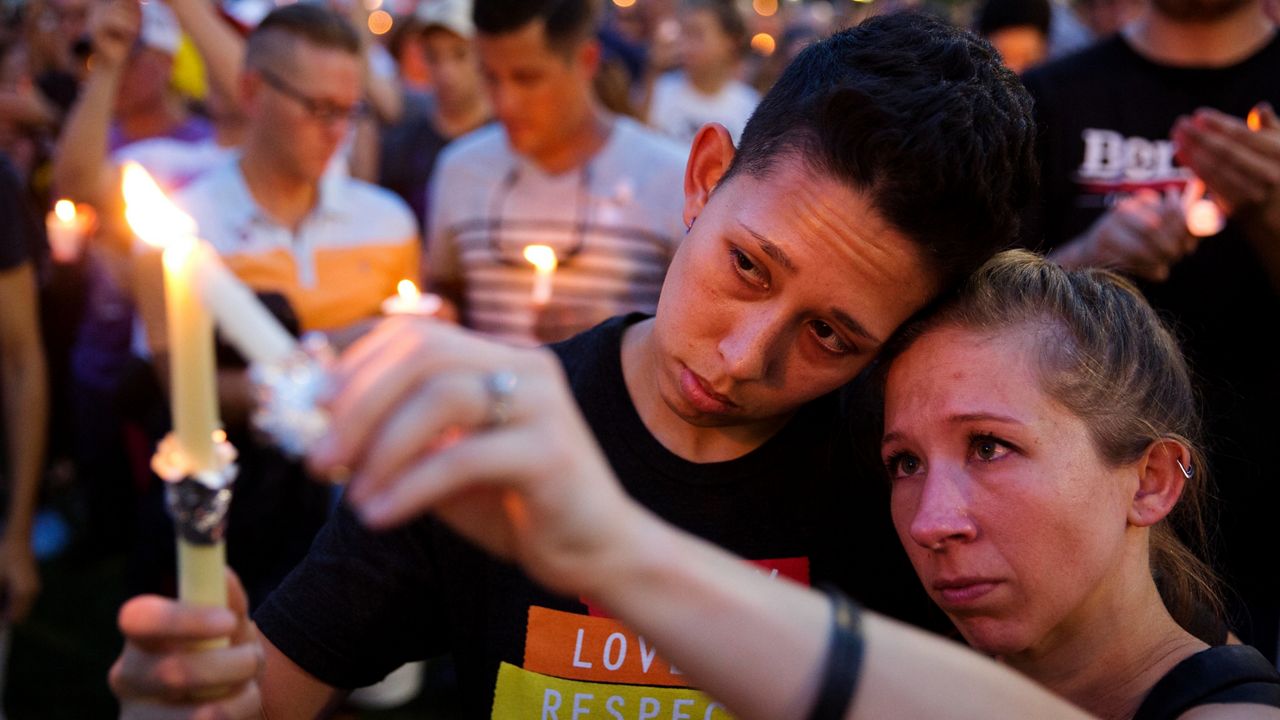 Candles honor the victims at a vigil in downtown Orlando one day after the June 12, 2016 shooting. (David Goldman/AP)

Some live with visible or invisible scars. Others, McBride said, are still sifting through mounting piles of medical bills from costly surgeries. In addition, Pulse victims say they're re-traumatized time and again as they witness mass shooting after mass shooting, from Uvalde, Texas to Buffalo, N.Y.

This past April, the film debuted before a sold-out crowd at the Florida Film Festival. McBride said that it was met with a standing ovation.

She is now trying to get the documentary before more eyes and is waiting to see if it gets accepted at more film festivals.

This comes as she continues to work directly with those she dutifully followed through their healing process — daunting work, she said, but important.

“They’re never going to fully recover from this," McBride said. "But how are we going to advocate for them and help them to lead a somewhat normal life?”

Through UCF RESTORES and a patchwork of other resources, experts say that those who continue to suffer can still find the assistance they need.

“I would love people to know that there’s no one way to recover from a traumatic event," she said. "We all recover in our own time. People should not say, ‘People should be over this by now,’ or berate themselves for feeling one way."

“That’s not fair," she added. "We all recover in the time and space we’re given."

According to Beidel, the organization still offers help to Pulse survivors, and their family and friends in the form of single consultation sessions, more structured programs and referrals to other resources of assistance. 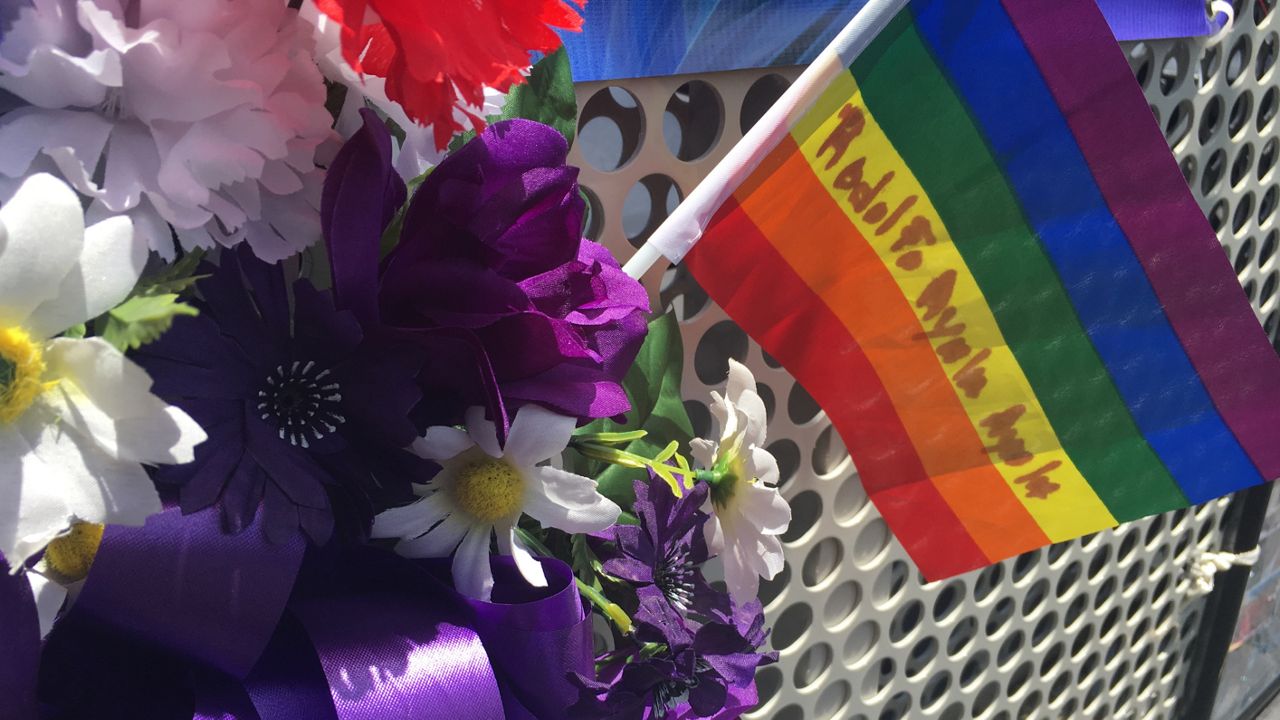