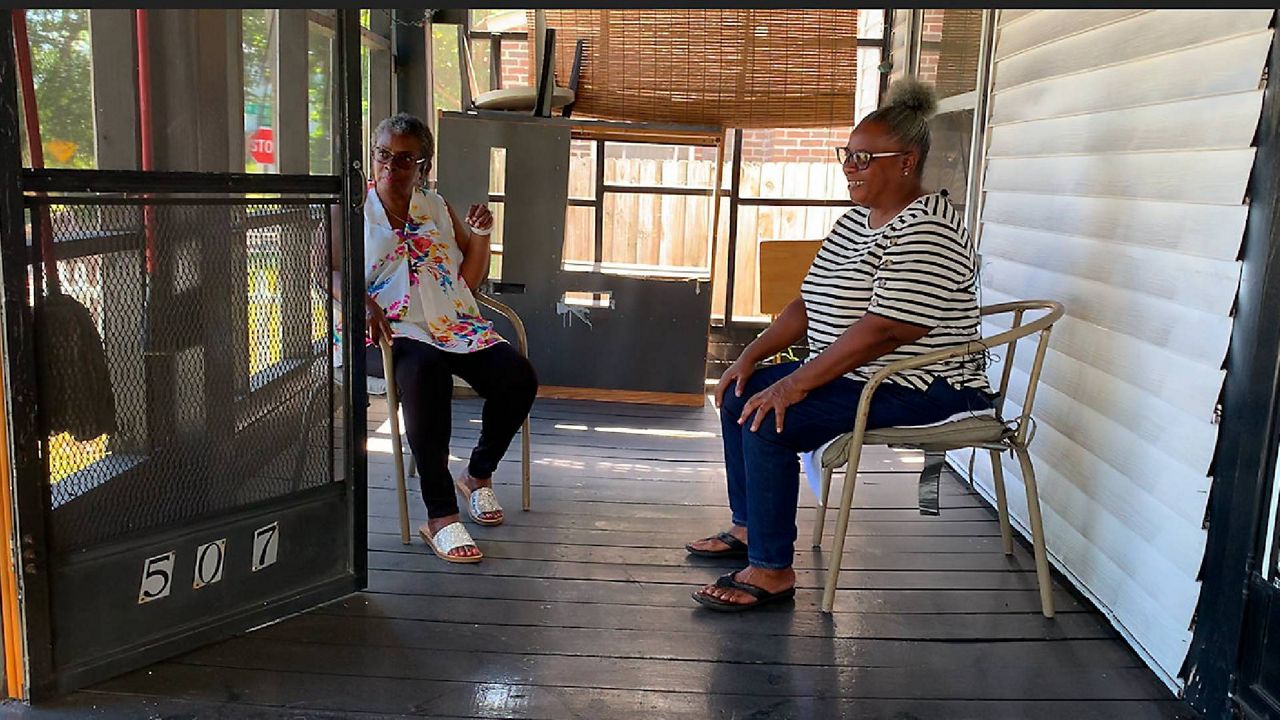 Sisters Angel Norwood and Earline Terrell have been trying to get their family's house of probate court while also maintaining their own respective homes. (Fadia Patterson / Spectrum Bay News 9)

TAMPA, Fla. — Up to 2,724 homes are currently vacant and tied up in probate court, according to the Hillsborough Property Appraiser.

Tampa City Councilman Orlando Gudes says these properties could be the answer to the affordable housing crisis.

"[We're] finding a way to get those disparaging homes, dilapidated homes, get them back into circulation, get people in them, give people the dream that we all want because we have a lot of renters in the City of Tampa," said Gudes.

A summit sponsored by the city, American Dream Fest and Center for Economic Development, offered educational resources to help residents avoid the long and costly process on Tuesday.

Angel Norwood, and her sister, Earline Terrell say much has changed about the community they grew up in.

"I remember everything," said Norwood. "It brings back memories, it's nice."

However, she says other places, including the church they attended, have not changed.

"It's been a long time, but it still looks the same," she added.

Just one block up on East Sparkman Avenue is their childhood home.

"My mom's house is the oldest on the block," said Norwood.

The sisters say they haven't been able to grieve their mother, who passed in 2015, and their father, who died in 2020 with no will.

Because the siblings could not come to an agreement, Angela says the home has been tied up in probate court.

"We're still waiting to hear from the judge," said Norwood. While they waited, they have had to keep up with the landscaping, attorney fees and annual property taxes of $2,500, while also maintaining their own separate households.

"I had to go back to work," said Norwood. "I was retired from the juvenile system, now I'm working in a kitchen."

The family home has been under contract since 2020. The sale price was set then, meaning the family is selling their home below the current market value.

It's a loss both sisters say they don't want to see others go through.