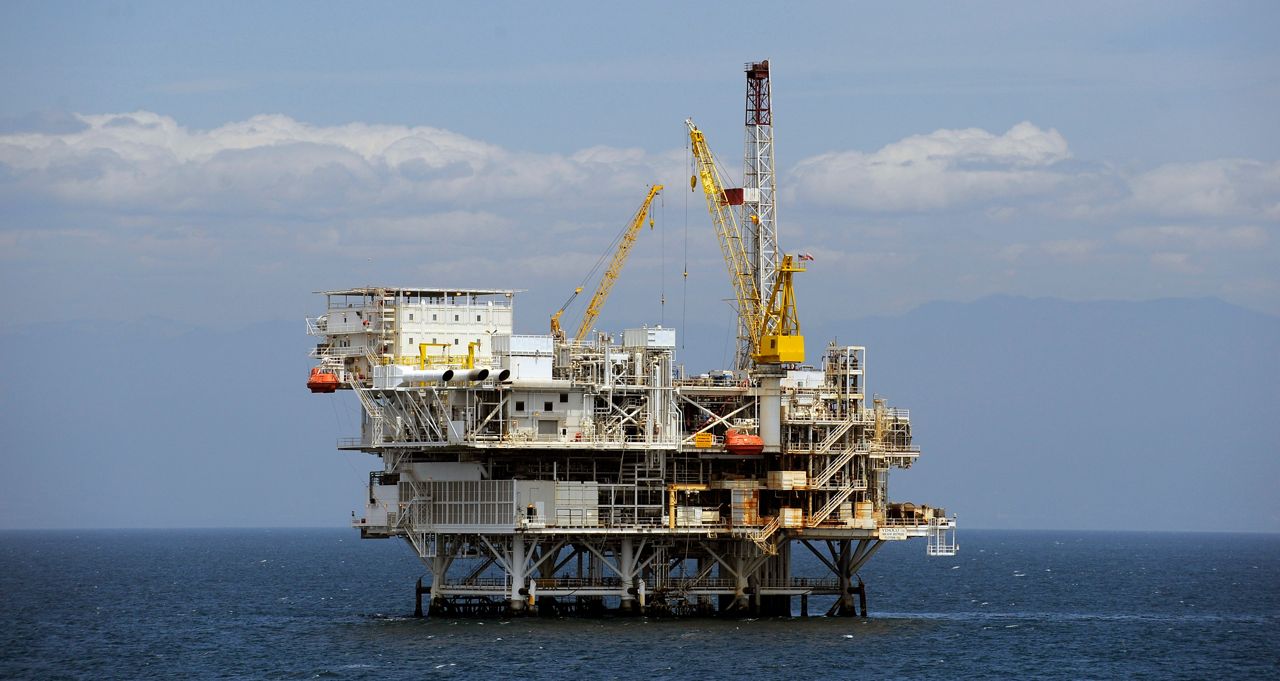 Experts say that as the price of gas goes up, so too does the pressure on lawmakers to allow offshore drilling in the waters around Florida. (AP file photo)

While Florida lawmakers from both sides of the aisle are on the record as supporting a ban on offshore drilling for at least another decade, if not permanently, there are concerns that could change if gasoline prices continue to escalate over the next year.

“We’re going to hit over $5 a gallon, which is going to be an all-time high,” said Tallahassee-based lobbyist Barney Bishop, who supports offshore drilling. “Before the summer ends, it’s predicted that it's going to be over $6. It could be near $7 or $8 by the end of this year. Americans are already fed up.”

A ban on offshore drilling in Florida was extended to 2032 by former President Donald Trump in 2020.

A bipartisan bill in the U.S. House of Representatives calls for a permanent ban on drilling off Florida’s coastlines, while U.S. Sens. Marco Rubio and Rick Scott have co-sponsored legislation that would codify Trump’s executive order to keep the current moratorium in place until 2032.

But with prices higher than ever at the pump, experts say the pressure to drill may intensify over the coming months.

POLITICO Florida reported in April that Mike Sommers, president and CEO of the American Petroleum Institute, has asked Florida officials to push to revoke Trump’s 2020 executive order on offshore drilling, as well as the 2018 constitutional amendment approved by Floridians that banned drilling in state waters.

Offshore drilling is extremely unpopular in Florida. By a more than 2-1 margin, Floridians voted to support a 2018 constitutional amendment to ban offshore drilling for oil and natural gas on lands beneath state waters, which extend three nautical miles from the shore on the Atlantic coast and nine nautical miles on the Gulf coast.

But the current moratorium on drilling off Florida’s coasts until 2032 is only in place because of a presidential executive order, which can be reversed by the current or future president, congress or the courts.

The BP Deepwater Horizon oil spill of 2010 led to the release of 130 million gallons of crude oil into the Gulf of Mexico, the biggest oil spill in U.S. waters. It was a searing experience for the southeastern part of the country, and threatened Florida’s tourist-based economy.

Robin Miller is president and CEO of the Tampa Bay Beaches Chamber of Commerce. She said that while it was places like Pensacola Beach in the Panhandle where tar balls were discovered from the spill, it affected beach communities all the way down to the Tampa Bay area, more than 400 miles away.

“Our economy was devastated here in Pinellas County," Miller told Spectrum News while visiting Upham Beach in early June. "Restaurants had to close because they didn’t have customers.” 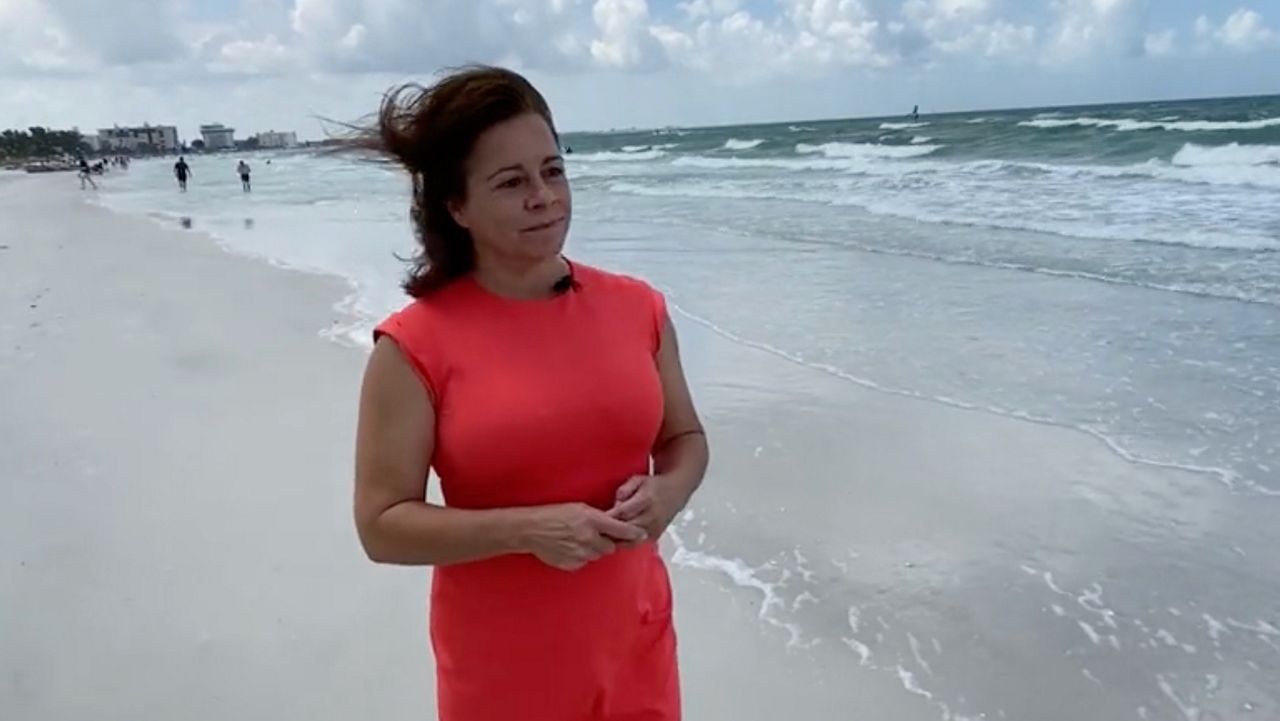 She added that the negative publicity from the spill even affected the local real estate market.

“We had people who were looking to relocate to our area, and our market was yes, unfortunately, hurt,” she said. “Because people thought that there was oil and once there is a perception of a presence of oil, on the environment or on our sand, that presence sticks like oil sticks. People thought that it wouldn’t go away.”

Though he ran as an environmentally friendly Republican who opposed offshore drilling during his campaign to become Florida’s governor in 2006, he changed his attitude somewhat in 2008 when Sen. John McCain, at the time the GOP presidential nominee, called for an end to the moratorium so that individual states could decide.

McCain's push to end the moratorium took place when gas prices were above $4 a gallon, the highest ever recorded in Florida at the time.

At the time, Crist told NPR that while he had a reputation of protecting the environment, “I also have to balance that, I think as every citizen does, with, you know, what’s happening to Florida’s families? What’s happening to this economy? How dependent are we on foreign oil?”

But Crist now says that he only ever supported looking at the proposal, and never committed to it.

"That’s why I was open to at least exploring,” he said. “Then BP happened … and you learn from those lessons, hopefully. I certainly have. That’s why I would never let drilling (take place) off the coast of Florida.”

Florida Commissioner of Agriculture Nikki Fried, who is running against Crist in the Democratic gubernatorial race, tweeted in March that she was “the only Democrat in my primary” who had never supported drilling near Florida’s beaches.

Gov. Ron DeSantis’ office told Spectrum News that the governor supports Trump’s 2020 executive order, and blamed the general issue on the current administration, saying “even being faced with the need to consider it is a product of President Biden’s policy failures.”

DeSantis spokesman Bryan Griffin added that the governor believes the answer to increasing domestic energy production — and in turn, getting runaway gas prices under control — “is to undo the bad policies enacted by the Biden administration, such as canceling the Keystone Pipeline and freezing federal land-leases for drilling.”

Crist has been critical of oil executives for making enormous profits in recent months.

“If they were patriotic, they would cut down the price,” he said. “Reduce their record price and do what is right for Americans.”

Glickman said that rising gas prices will inevitably cause oil companies to push for more oil and gas exploration, including in the Gulf of Mexico.

She said the answer to the issue is ultimately the “electrification of transportation" — the transition happening already with school and transit buses, as well as electric vehicles and trucks — which will reduce the county's dependence on oil.

Joe Biden campaigned for president on a promise to ban all new oil and gas drilling on public lands, but that was thwarted by a federal judge earlier this year, whose ruling led the Department of the Interior to announce it would resume oil and gas leases.

Offshore drilling in Florida doesn't seem to be on the president's agenda, but in 2024, Bishop said he thinks a future leader has to consider it.

"We need to be able to be self-sufficient for national security purposes," he said.

Listed below is the full statement from Griffin on behalf of DeSantis, on the issue of offshore drilling:

Governor DeSantis does not support drilling off the coasts of Florida, and even being faced with the need to consider it is a product of President Biden’s policy failures. The answer to increasing domestic energy production — and, in turn, getting runaway gas prices under control — is to undo the bad policies enacted by the Biden administration, such as canceling the Keystone Pipeline and freezing federal land-leases for drilling.

In 2020, President Trump extended the restrictions on oil and gas activities off Florida's gulf coast through 2032 which were enacted in 2006. Additionally, no active oil and gas leases are present in the straits of Florida or in the Southern Atlantic Planning Region off Florida's Atlantic coast. This restriction is important for our national security as the Eastern Gulf of Mexico is a training area for our military aircraft.

Further, in 2018, Floridians overwhelmingly approved a constitutional amendment banning oil and gas activities in Florida waters. Florida is almost entirely coastline, and the 2010 BP oil spill devastated many of our Gulf coast communities. Our economy is intrinsically linked with our environment, and any jobs created by drilling off Florida's coast would be undercut by chilling tourism if there were a mishap.