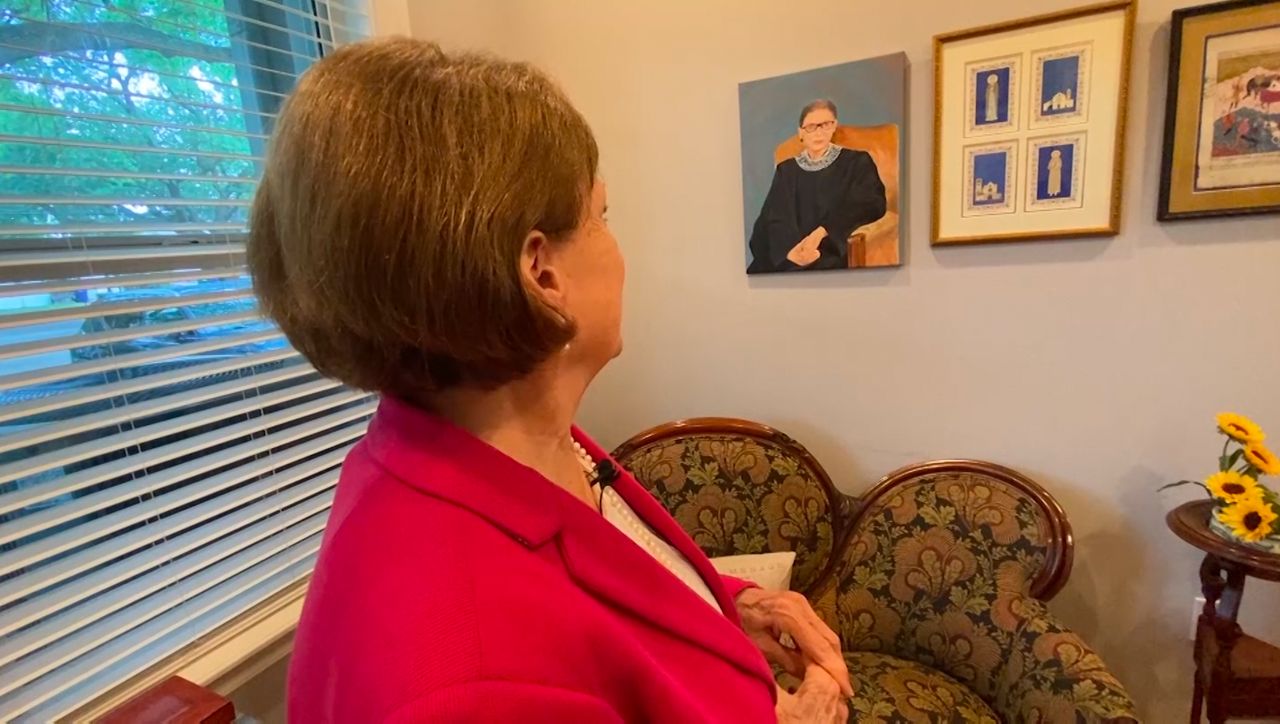 Attorney Mary Lou Wagstaff admiring the portrait she was gifted of the late Ruth Bader Ginsburg.

PINELLAS COUNTY, Fla. — Attorney Mary Lou Wagstaff is still hard at work after 50 years of practicing law. Her expertise is in family law.

“Normally my day is pretty full. I recently started coming in around 10 and working until six or seven. There was a time I used to come in at 7:30 and still work til ten but I don’t do that anymore,” she said.


Those long hours handling adoption cases may be gone for now but with Roe v. Wade overturning, Wagstaff said that could change soon.

“I think that there will be more children placed for adoption but I also think we’re gonna see women wanting to keep their children, not necessarily wanting to place for adoption,” she said.

And while she said her work and accolades throughout the years have allowed her to see both sides, there’s still a lot she doesn’t understand.

As an adoptive parent herself, Wagstaff said she’s worked for decades focusing on the lives of children. Including her own.

Pictures of her children are just some of what’s displayed in her Largo office where she’s handled countless cases. The portrait on the wall of Ruth Bader Ginsburg reminds her every day of the weight the Supreme Court decision carries and the impact they can have on people’s lives.

“Any of us who practice law have to recognize that there are cycles in the court. Sometimes it’s more conservative, sometimes it’s more liberal,” she said. “But the good thing about this country is that we do respect the law that comes out of the Supreme Court.”

While she respects the court, Wagstaff said overturning Roe v. Wade could have far reaching consequences. She said the decision will create a ripple effect in the child welfare system.

Something she said the system needs to be prepared for.

“I’m not sure if it’s up to the Supreme Court to decide whether those issues are there but I don’t think Congress is thinking about this at all from anything I read,” she said.

While much is still unknown, Wagstaff said she’s filling up on all of the knowledge she can, preparing for what might be to come.

“It’s totally unmarked territory. I don’t think any of us in this practice of law have any idea exactly what it’s going to mean.”

She hopes her 50 years of experience will have her ready for anything that comes her way.