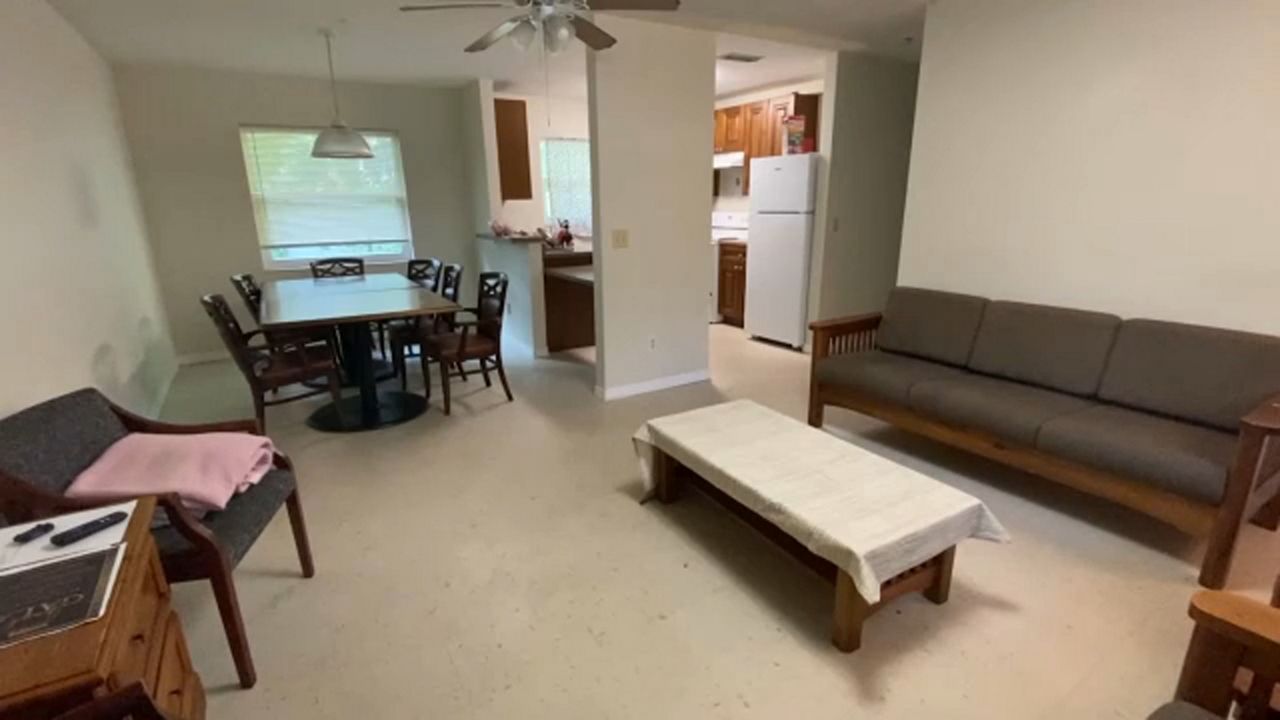 Hope Villages is starting its conversion from homeless shelter to affordable housing at its Grace House location in Clearwater, and will expand to at least one other property in Pinellas. (Spectrum News image)

The announcement comes Wednesday at Grace House in Clearwater, a property of Hope Villages of America.

“We think affordable housing is the pathway to long term sustainability for families,” said Smith. “We think it sets folks up not only just for market rate rent but ultimately, one day, for a mortgage."

Hope Villages is starting its conversion from homeless shelters to affordable housing at its Grace House location in Clearwater, and will expand to at least one other property in Pinellas.

Hope Villages lost $400,000 each year from Pinellas County starting in 2020 due to what the county called ongoing issues at Grace House.

Most of those issues have been addressed under new management, however finances have still been tight for Hope Villages.

The organization says the conversion to affordable housing will help Hope Villages support its numerous, ongoing programs for up 150,000 Pinellas County residents.

“You have to create models where you can generate revenue to support everything else you do, because we support 150,000 people through multiple programs,” Smith said. “Whether it is addressing domestic violence, human trafficking, food insecurity, you know, hunger, rental assistance, utility assistance, on down the line."

Current residents of Hope Villages homeless shelters will need to find new places to live by October, with the new affordable housing being an option.