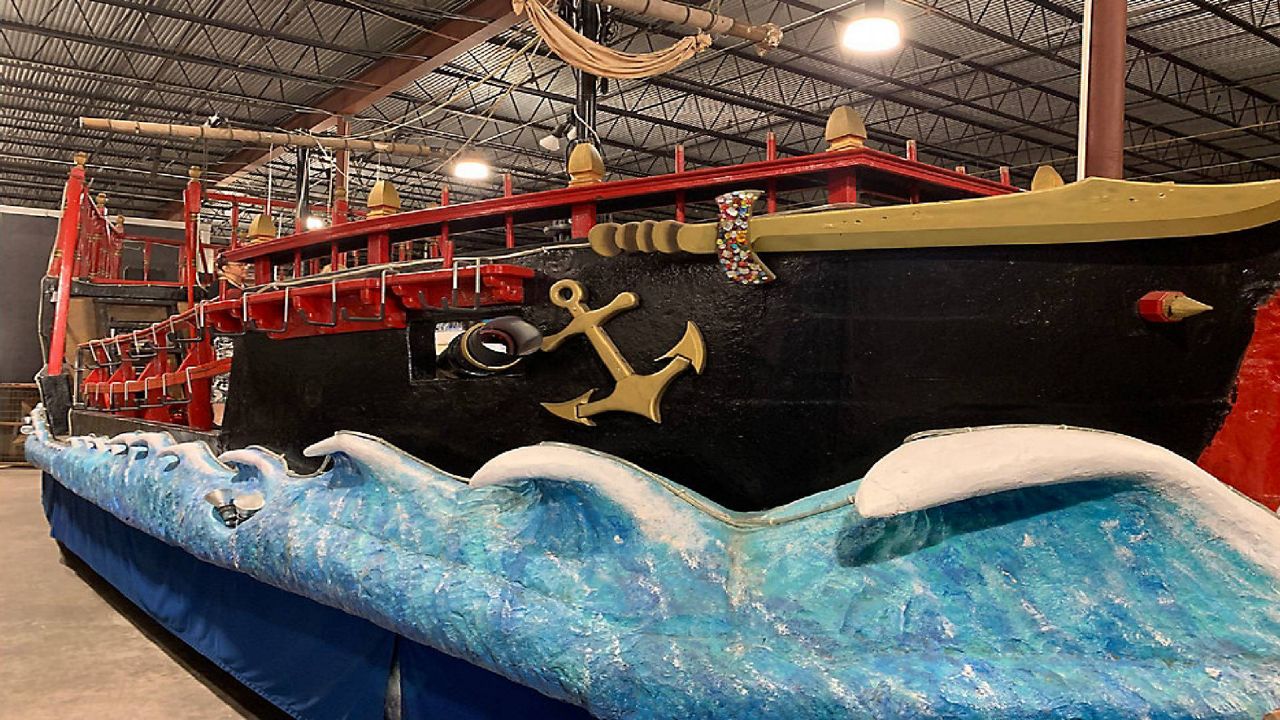 The Bonney-Read Krewe is an all-female group that has been using the float since 2003 for the annual four Gasparilla parades. (Tim Wronka / Spectrum Bay News 9)

Only in Tampa: Gasparilla pirate parade float for sale

TAMPA, Fla. – ‘Arrrr you in the market for a pirate ship float? A Gasparilla parade float is on sale!

Tampa’s Bonney-Read Krewe is selling its longtime pirate ship parade float. They plan to build a new one from scratch.

The Bonney-Read Krewe is an all-female group that has been using the float since 2003 for the annual four Gasparilla parades.

Looking at the float is like buying a home or car – except this has some added features.

“As you can see, an important feature is bead hooks,” Matthews said as she walked through the ship. “That’s very important to the float riders and walkers. We have 120 of them.”

Onboard the float, there are a few other surprises. For example, there’s two restrooms, handy for the long parade. There’s also spots for speakers, lightning and lots of places to store drinks.

The float was first listed on eBay for $25,000, but it has since been removed.

Matthews said the Krewe is now looking to meet with interested buyers in private, and they are getting some interest.

“You get nostalgic about it and losing it. So, we hope it’ll find a good home. And whoever buys it will certainly enjoy and make new memories,” she said.

The float is being stored at Ye Mystic Krewe Gasparilla’s warehouse in Tampa. Interested buyers can see it there by contacting Matthews here.