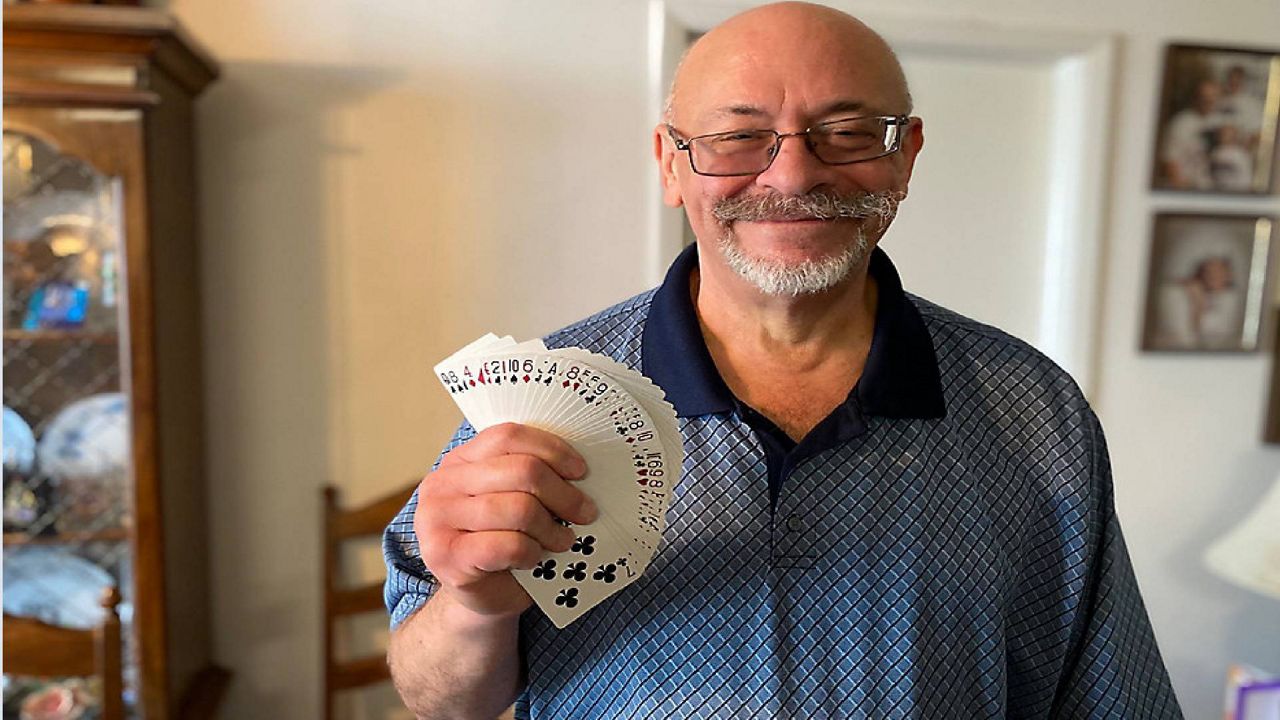 TAMPA, Fla. — For Ron Nece, magic has always been a huge part of his life.

He even went pro for a while, and in-between service in the United States Navy and all of life’s shuffles, magic was there.

“I was in the nuclear power program, very proud very happy to serve. I got injured in service there and then I had a medical discharge. Then I joined the post office when I got out of the Navy,” Ron said.

All along, he’s been the guy making people smile, until one day at work something happened that wasn’t funny at all.

“I got bit by a spider, I didn’t realize it at the time. I thought I just bumped my hand,” said Ron.

Within two days, everything changed.

“My hand had blown up. It was red from my wrist all the way to the tips of my fingers, I couldn’t move more than an inch or two,” he said while describing the bite.

He went to the E.R. at James A. Haley Veterans' Hospital and stayed for six days.

“I don’t worry about bugs at all, so this floored me. They told me if I hadn’t gotten treatment, I probably could have lost my hand,” said Ron.

He received treatments to fight the infection and worked with the Occupational Therapy and Dermatology teams and received home health visits.

“It still scared me, it was way out of my realm and it worried me a lot,” he said.

After months of care, he was able to recovery completely.

Now, he’s back to doing what he loves and making people smile, but no tricks about it, his story sends a message to take to your health seriously.

“Anything can happen at any time, and you don’t know what can affect your life in such a dramatic way,” Ron said.

He spent an entire month out of work during his recovery to make his hand muscles strong again.

As for the spider, it’s never been found and Ron has no idea what type gave him the infectious bite.