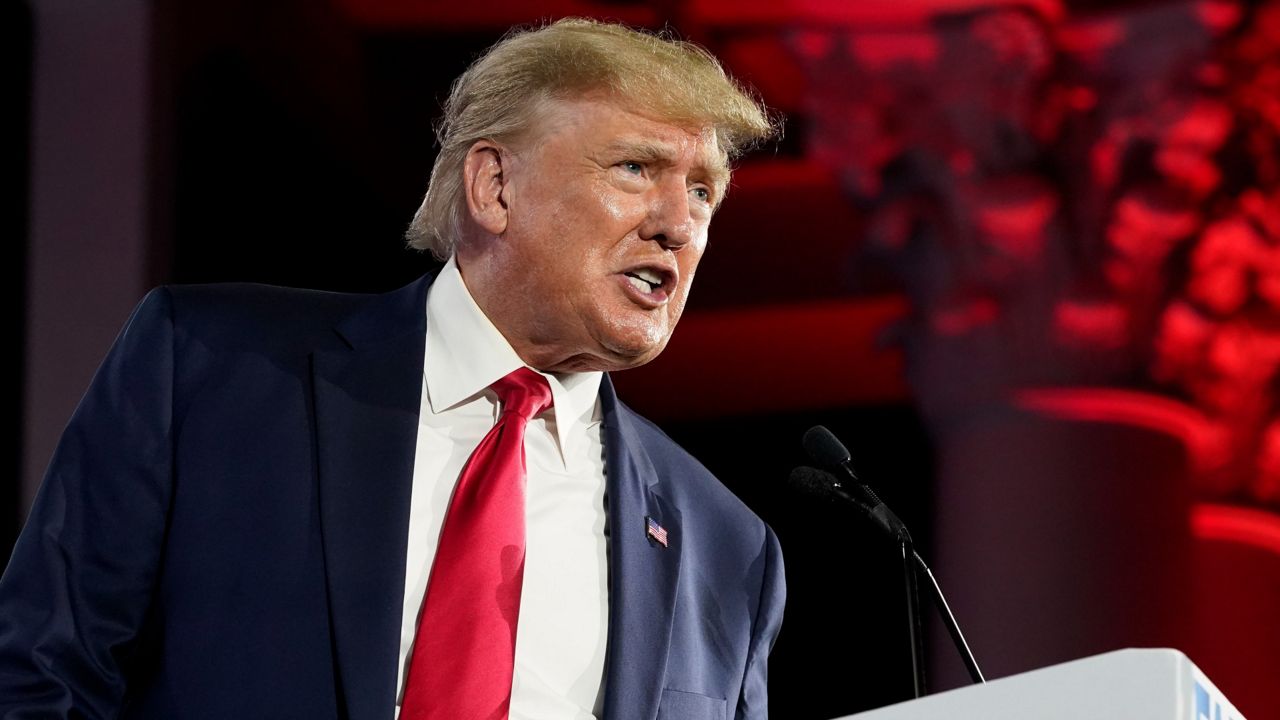 Former President Donald Trump touched on the familiar themes of securing the border and getting back to energy independence. Trump also told the crowd of young conservatives it was essential to fight "woke" ideology in schools and the military. (AP File Image)

"I ran twice, I won twice, and did much better the second time than I did the first, getting millions and millions more votes than we did in 2016, and likewise getting more votes than any sitting president in the history of country by far. And now, we may just have to do it again," Trump said Saturday night, speaking at the Turning Point USA's Student Action Summit.

He touched on the familiar themes of Afghanistan, securing the border and getting back to energy independence.

"What they've done in Afghanistan ... most embarrassing, horrible moment in United States history. I believe that, too," he said.

Trump also told the crowd of young conservatives it was essential to fight "woke" ideology in schools and the military.

"They believe in left wing gender ideology and toxic critical race theory," Trump said. "We believe in two genders. There are men and there are women."

Trump spoke for about two hours.

Louis Mayes was among those snapping selfies with top Republicans before Trump spoke. He admits it was a strange place for a Texas Democrat like himself to end up.

“Unfortunately I voted for Joe (Biden) and seeing the terrible job he did with Afghanistan, I thought well, ‘Donald Trump can’t be that bad.’”

For Calvin Kennedy, it’s the opposite.

“I’m not a conservative, but I did vote for Trump,” he said. He regrets his Trump vote, saying the former president is just too polarizing.

“You got people on the right people on the left, conservatives and liberals. But nobody wants to just be American. Everything is so polarizing,” he said.

Recent poll results from the Center for American Politics at Harvard University show Trump and Gov. Ron DeSantis as the clearly favored Republican candidates for the presidential nomination.

A group of self-proclaimed Nazis ended up in a shouting match with people outside the TurningPoint event Saturday.

Inside, things were a bit more artistic, including music.

The young crowd listened for any hint from the former president about his future plans. Most there believe it is a matter of when and not if Trump will announce he plans to run again.