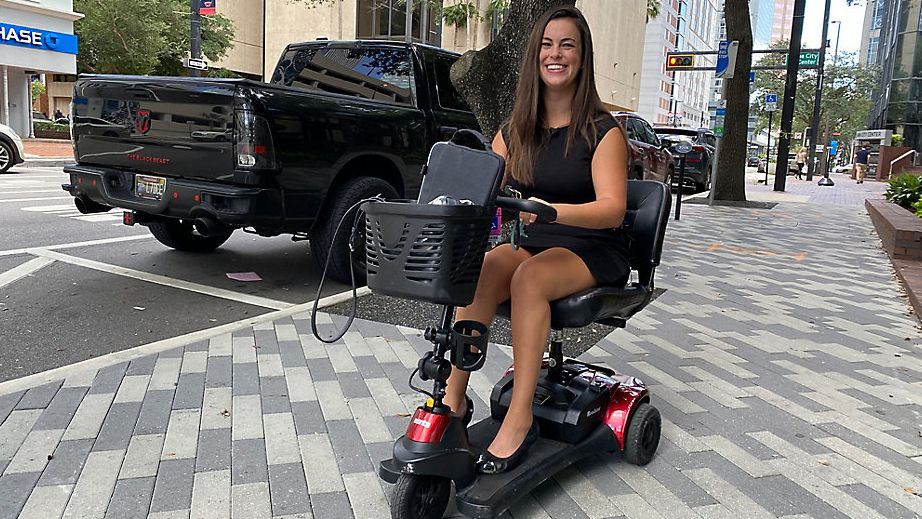 "We needed to do more with accessibility," said Visit Tampa Bay President and CEO Santiago Corrada. "We are focused on it not just during the month, not just during a season but everyday." ​

Cerebral palsy left Chelsea Bear, 29, disabled since birth, but if you take a look at her Instagram account, which has 329,000 followers, you'll see that she has no problem traveling the country.

"My whole platform is just showing people that people with disabilities are normal just like anyone else," she said. "Just have some adaptations."​

Bear moved to Tampa last year and said she finds the city very accessible. When she does run into a barrier, she said people are usually helpful.

"The thing I love most, if I do come across something that isn't easy for me to navigate, or it's not accessible, everyone has been super accommodating," she said. "And committed to making changes to make it a more accessible place."

One video Bear posted shows her in Las Vegas with text on the screen that reads: "When someone tells me I should stop posting walking videos because it's not normal." Bear can then be seen walking off the screen to the Billy Joel song "My Life" with these lyrics playing: "I don't care what you say anymore this is my life."

"I think just being vulnerable on social media opens up a lot of people that are hiding behind a screen," she said. "To me, it's super important to continue sharing those things because for me growing up I never had that representation of other people with disabilities."

Visit Tampa Bay has a few other ambassadors, like Emily Rowley who can roll cigars with her feet. Corrada said VTB is working with their regional partners to ensure accessibility.

"It's working with our partners to make sure that those accessibility situations are there," he said. "That we're able to accommodate."  ​

Bear believes Disability Pride Month should be a focus all year round and not just in July.

"I'm disabled every single day," she said. "So, I really hope everyone just continues this conversation and really sees the importance of being inclusive."

Disability Pride Month ​takes place in July because that's the same month the Americans with Disabilities Act was passed in 1990.