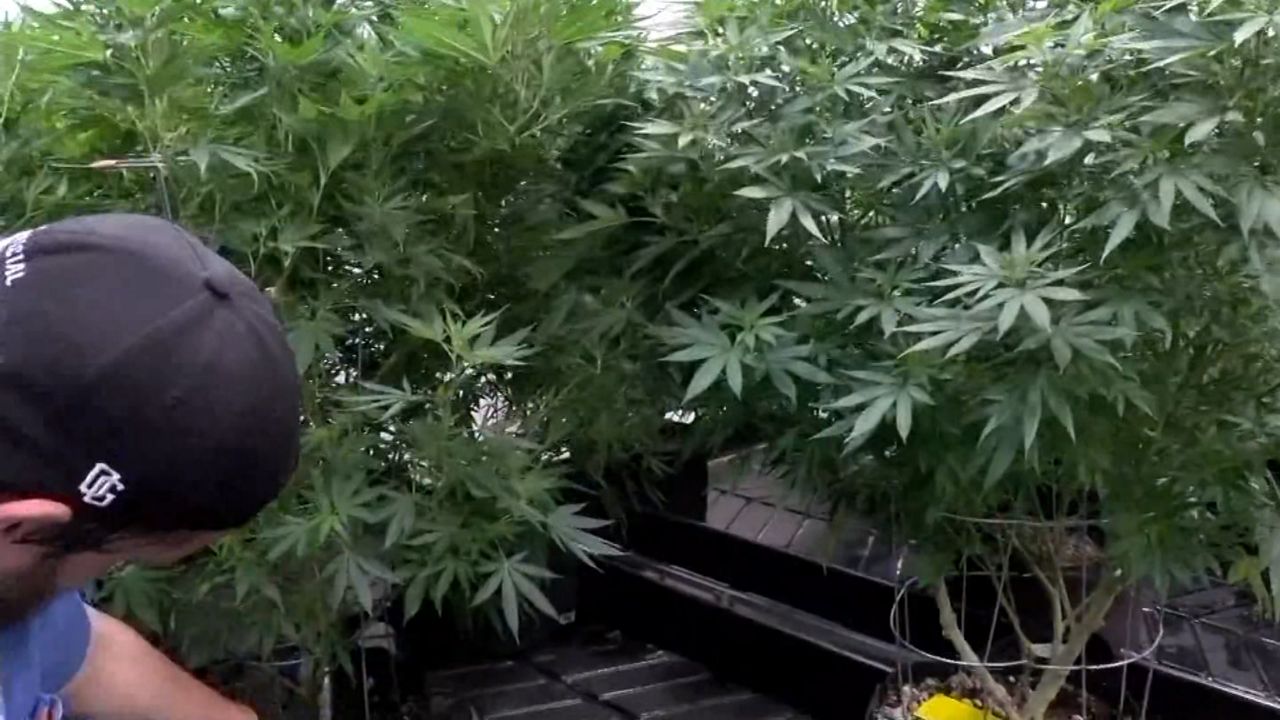 A cannabis cultivator tends to a collection of plants. (NY1 File Photo)

It was hard to find a seat at the Adam Clay Powell Jr State Office Building in Harlem for what attendees hope is a big opportunity.

“Back then, if invested in apple look how much money you’d have now," said Marc Carlo. "We’re trying to basically get in front of that curve."

He's talking about the cannabis industry. It's been a little over a year since New York legalized marijuana but there haven't been any sales yet in the state in the regulated market.

That's because the state recently started distributing licenses for businesses that will grow the plant.

Over the past few months, the state said it has been cracking down on unlicensed businesses selling cannabis.

Now, the Office of Cannabis Management is holding information sessions around the state to help New Yorkers understand what it will take to get a Conditional Adult-Use Retail Dispensary License, also known as CAURD.

CAURD will represent the first set of licenses to be distributed for dispensaries, which are places where you could legally purchase marijuana.

“We want to be one of those stores where we can give back to the community," said Carlo, who has a group of partners interested in opening a dispensary in Harlem.

He said he attended Tuesday's information session in Harlem to learn more about the new law and what is required for a license.

He said it hasn’t always been easy.

“I feel like it’s been slow and confusing,” he said, describing the rollout so far since then-Governor Andrew Cuomo signed the cannabis bill into law in the spring of 2021.

The purpose of Tuesday's meeting is to help everyone get a better understanding, said Trivette Knowles, a spokesperson for OCM.

Members from the OCM gave a rundown of the new law, breaking down where the tax revenue will go, and explaining how to apply for a CUARD this summer.

There are 150 conditional dispensary licenses being awarded, hopefully by the fall, according to OCM.

The focus on this round of applications: helping people most affected by cannabis arrests in the past.

Additionally, the applicant must currently or previously have owned a business that was profitable for at least two years during their time in charge.

The state will require interested New Yorkers to submit documentation to prove these requirements.

During Tuesday's meeting, state leaders ran through resources that will be available for these CUARD recipients, including small interest loans that can go more than $1 million.

Additionally, the state will select where the CUARD recipients will open up their businesses.

By the start of next year, state officials said there will be plenty more licenses to distribute across a range of cannabis industries, with different requirements from this round.

“There’s so much business to be had. We aren’t even talking into it’s really exciting,” said Kim Bowers, who is from Harlem.

She said she doesn't know if she wants to get involved in the cannabis industry but is intrigued by the many options beyond selling and growing cannabis.

There’s another information session already on the books for Wednesday night in Queens. That will happen at 6:30 p.m. at the Black Spectrum Theater (177-01 Baisley Blvd) in Jamaica.