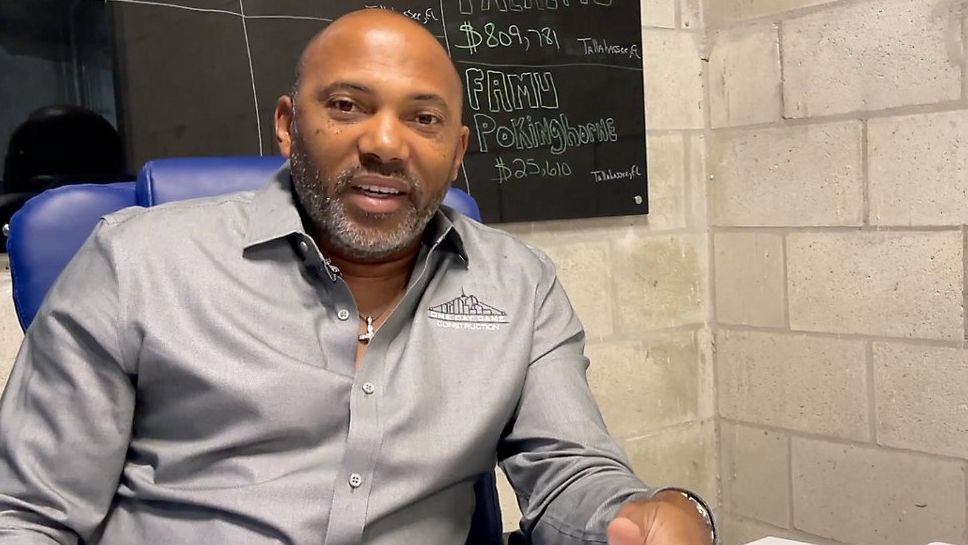 Florida small business owner David Delancy says his company has struggled with supply chain issues, inflation and a shortage of skilled workers for the past couple years. (Spectrum News/Corina Cappabianca)

WASHINGTON — David Delancy is the president and CEO of One Day Came Construction, a small business he opened about 18 years ago.​

Delancy has eight employees and says he manages several projects at a time. But, he says the last couple years have been challenging because of supply-chain issues, inflation and a shortage of skilled workers.

He says he’s been trying to adapt, for example, by limiting the number of projects he takes on. Even so, he said there are forces beyond his control, like delays for construction supplies, which can hold up a project's completion.

Delancy was one of 170 small business owners from Florida who traveled to Washington, D.C. last week to attend the Goldman Sachs 10,000 Small Businesses Summit.

There, he said he learned that his experience is not unique.

"We're struggling with cash flow, you know, workforce issues, supply chains and things like that," he said. "So, it's just those things that are kind of, you know, I think need to get looked more into, because that's pretty much how our business, you know, run on a you know, on a day to day basis successfully."

Republicans seized on the numbers to paint a gloomy picture.

"We're in a recession with high inflation," said Florida Sen. Rick Scott. "I mean, that's a horrible environment for families and for businesses."

But, President Joe Biden rejected the recession tag. He emphasized that unemployment is low and consumer spending continues to grow.

Treasury Secretary Janet Yellen has shied away from using the term "recession," pointing to low unemployment.

Back in Florida, Delancy said he tries to remain optimistic about the future — that the economy will improve and small businesses like his won't be forgotten.

"I just hope that we can continue keeping the conversation going," he said. "And continue to meet with one another, you know, in efforts to see where we can make small businesses in America powerful."