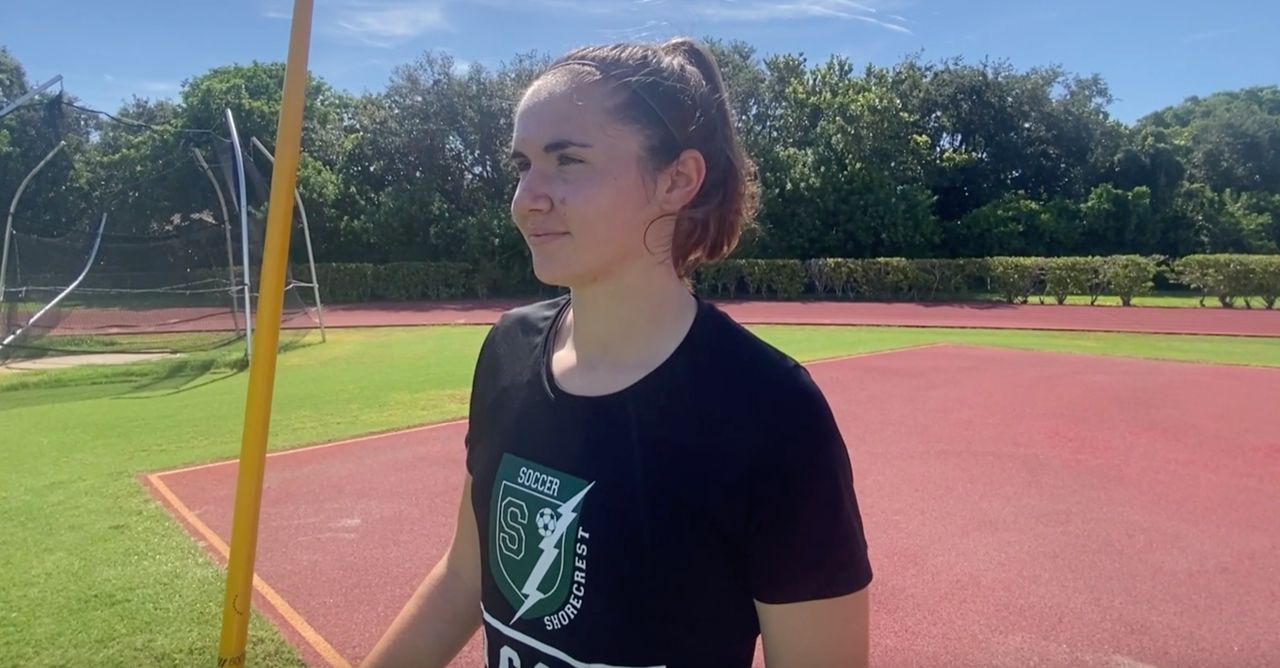 With one look at the two-time state champion, you’d think she’s been doing this for a while, but she just started two years ago.

“We had to convince her she had an arm, that she had a lot more talent tucked away,” he said.

After that, he said her talent was on display right away.

“Those accomplishments kind of came one after another, right from the beginning," Brown said. "Her first meet she took second, and it was pretty much first place from their on out for almost every meet the last two years."

The rising junior is no stranger to sports — she’s been playing soccer since she was 3 years old.

“I play for ECNL (Elite Clubs National League), so that’s the highest league for girls that you can get in the country," Kasica said. "So it’s very rigorous and it takes a lot — we practice four days a week, so this is almost an outlet to relax and take off some of that stress."

Although she considers javelin an outlet, she’s just as competitive in the sport and her numbers speak for themselves.

Kasica’s record garnered national attention, putting her on the map in the sport. Last month, she was invited to compete at the Nike Outdoor Nationals track meet.

“I mean, it was crazy, it wasn’t something that I was expecting either, so when I got that text from Coach Brown, it was pretty shocking that I had even made it,” Kasica said. “Luckily, I was up there for soccer nationals too, so it worked out that soccer nationals were in Seattle, and then Nike Nationals for track were in Eugene, Oregon.”

In June, Kasica competed against the best in the nation at a venue steeped in tradition.

“That type of accomplishment is really reserved for the most elite, it’s reserved for those who have really proven themselves,” Brown said. “Eugene, Ore., is home to the NCAA track meets, it’s also home to the Olympic trials every few years, so the venue itself is iconic to put in mildly — it’s where you want to be if you are a competitive athlete in track and field.”

Kasica has a natural athletic ability, but Brown says it’s her approach to training that has allowed her to excel.

“It’s the blend of a competitive spirit, with humility" he said. "That duality to compete with yourself, and to continue to strive for greatness, combined with the humility and grace to stay hungry, it just does not come around very often."