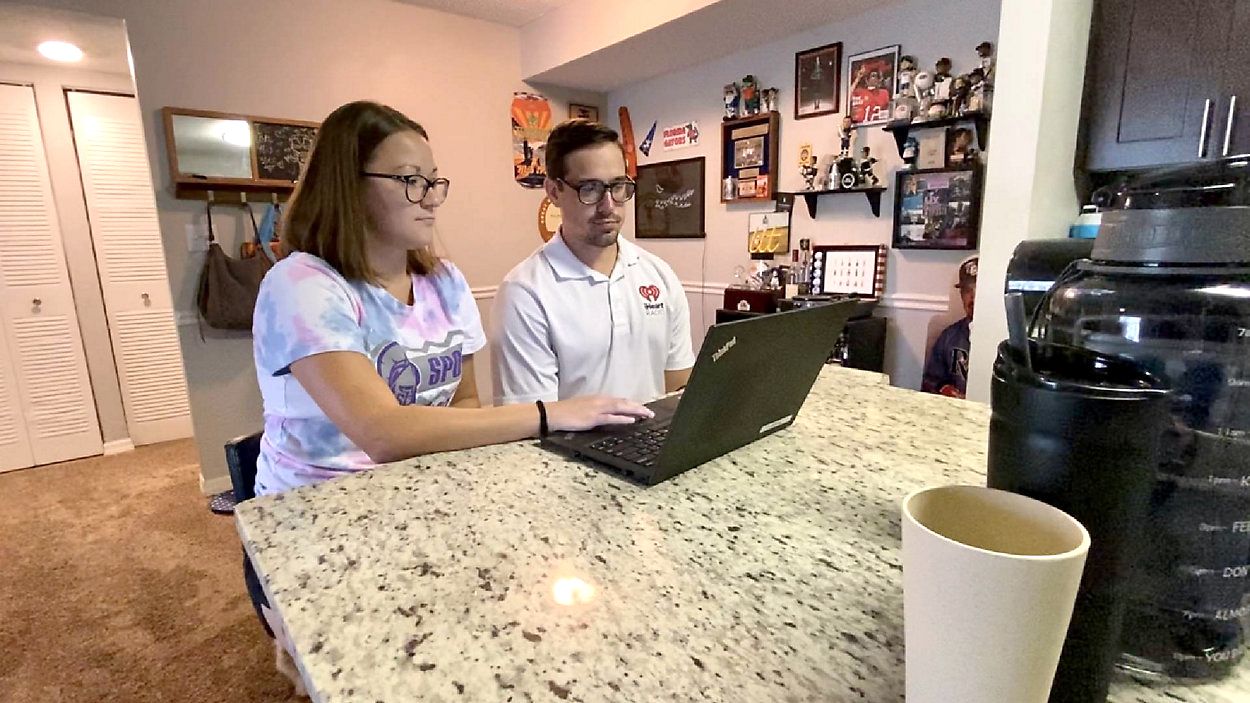 TAMPA, Fla. — From teachers to nurses, to first responders and dozens of professions in between, experts say buying a home is getting a little easier, even in the current aggressive real estate market.

It has been two months since the Hometown Heroes Housing Program launched across the state of Florida, and it’s giving first-time homebuyers like Arielle Molinari and Zac Blobner a boost in finding a home.

The couple just got married and is looking for a place to settle down, and has been searching for a home over the past two years.

Molinari is a high school geometry teacher and Blobner is a radio host.

They saved up money and started their search in 2020.

“We were hopeful and excited, but then basically told not to be,” Molinari said.

They had spent weeks looking from house to house without any luck.

“Houses were being put on the market and sold hours later,” she said.

“To know that we weren’t even losing out to other buyers that were in similar situations, but instead losing out to companies trying to make a ton of money based off of flipping homes in a hot market in Tampa Bay, it hurt even worse," Blobner said. "It was salt in the wound."

Molinari said she wants to be able to support her students by going to games and activities, but the distance from her current home makes doing that nearly impossible.

“It takes me about 40 minutes to drive to work with tolls, and coming home from work it’s close to an hour and a half,” she said.

The couple said the process has been a discouraging uphill battle until they met Jon Howard and saw his creative posts on social media explaining the loan.

“Many people don’t know about this program, and it’s such a fantastic program if the reason why you haven’t bought is because of the down payment,” said Howard.

More than 100 professions qualify, and people have a better chance of buying a first home near their work.

“It’s awesome that it’s 0% interest and zero payments, but it always has to get paid back whenever you refinance, sell the house, or move out and convert it to a rental," said Howard. "So those are things to be aware of — if you think it’s free money, it’s not. It’s important to investigate your options."

That’s exactly what Molinari and Blobner did, and now they’re heading into the next round of house hunting with their heads high.

“Now, it feels like teachers and other heroes in town are being celebrated and acknowledged and appreciated," Molinari said. "And given the opportunity to go out into this crazy market and still be able to afford something."

“Patience has paid off, and the Hometown Hero program is allowing us the confidence to move forward into the housing market and envision that house we’ve always dreamed of,” Blobner said.