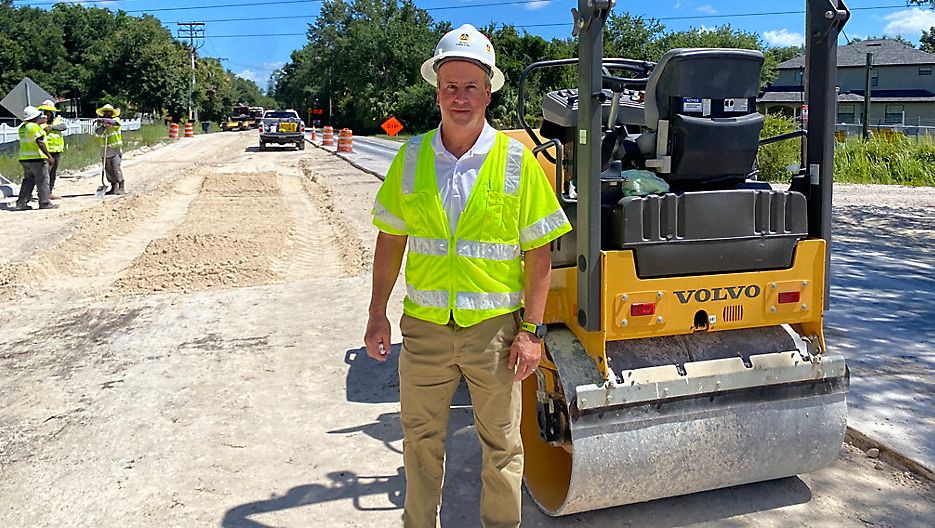 One phone call saved his life. Now, Hafeli is on a mission to make sure his employees are mentally taken care of. Each week, Hafeli visits a construction site to make sure the workers are feeling OK and to share resources that are available.

"We are trying to change the future of this industry," Hafeli said.

According to the Centers for Disease Control and Prevention, the construction business has one of the highest rates of suicide of any industry.

"We'll lose 2-3 workers a day through some type of work-related fatality, today in those same industries we'll lose 10-15 people through suicide," Hafeli said.

There are several reasons cited as to why the suicide rate is so high in the construction industry.

Sally Spencer-Thomas is President of United Suicide Survivors International. She said the stress and physical demands of the job have a lot to do with the higher rates of suicide.

"There is unrelenting pressure to do more with less, under budget, on time without any incidents or safety problems," Spencer-Thomas said. "So it's just everyone's completely squeezed with pressure all the time, and then you couple that with pretty scrutinizing regulations and rules and standards and compliance issues. It leads to a lot."

Spencer-Thomas shared another reason for the high suicide rate within the construction industry. She said it's because most people who commit suicide are men. And construction is a male dominated industry, attracting people who are tough minded and not willing to talk about their struggles.

Hafeli said that speaking about his own struggles with suicide has allowed him to breathe. And it's given others the opportunity to share how they're feeling.

For those looking for someone to talk with, mental health specialists said there is a suicide and crisis lifeline available. The three-digit phone number is 988.