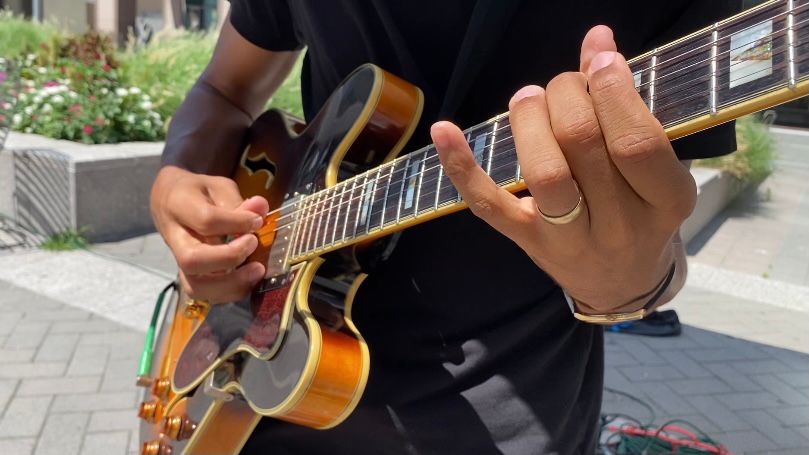 Music in the street: Balancing high temperatures with summer activities

RALEIGH, N.C. — Noon Tunes is back in downtown Raleigh this summer, but the high temperatures across the state are making people think twice about anything outdoors, even those performing.

The hottest temperature ever recorded in Raleigh is 105 degrees

This year is the third-hottest on record for the city

Noon Tunes has returned to downtown Raleigh along with many other events that are traditionally held outdoors in the summer, but with temperatures spiking into the high 90s things are less than comfortable. 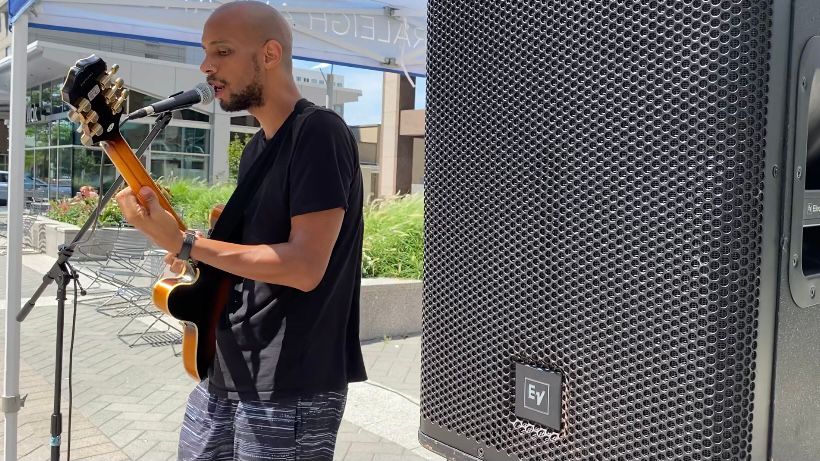 Jenkins is one of the artists featured in the summer series, and he said being an outdoor performer in the throes of summer has its challenges and is something he swears off every year but always ends up doing anyway.

“Every year I sit and talk to my wife, and say, 'I'm not playing outside in the summer anymore. No more of this,' and then someone just politely asks me, 'Hey do you want to do this event outside?' and I say 'Yeahhhhh, I'll do it. Yeah,'” Jenkins said. “And then that's how it is from June to mid-September every year.”

The hottest temperature we've ever seen on record in Raleigh is 105 degrees, recorded five times in Raleigh's weather history, but most recently in July 2012. Typically the hottest days of summer fall in July, which means they're behind us, but that's not saying much when in the past both Charlotte and Raleigh have recorded temperatures over 100 degrees in October. 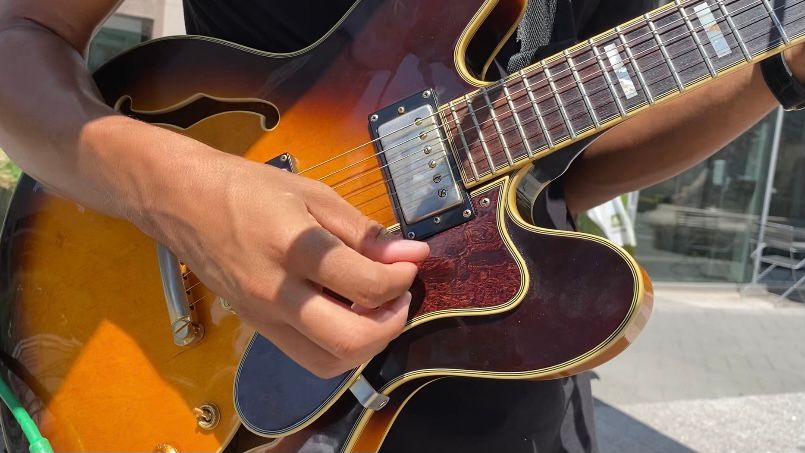 A closeup of Keenan Jenkins' guitar as he plays outside during Noon Tunes. (Photo: Rachel Boyd)

“I make sure that I've had a lot of water before I come out here in this heat,” Jenkins said. “No fun to pass out ... it really ruins the vibe for everybody. I try to make sure I'm taking care of myself.”

Roxanne Lundy with Downtown Raleigh Alliance said she hopes people will be smart about the heat but still stroll down Fayetteville Street Wednesday afternoons to catch the live music during their lunch break.

“Noon Tunes is our afternoon activation with the goal of bringing some nice music to the plaza and letting people come out of the office and just enjoy the weather with some good music,” Lundy said.

Noon Tunes starts at 11:30 a.m. every Wednesday and will continue for the next four weeks of the summer, until the end of August. After this series wraps up, Lundy said live music will continue with downtown Raleigh's Jazz in the Square; just remember to bring a bottle of water to enjoy with the tunes.