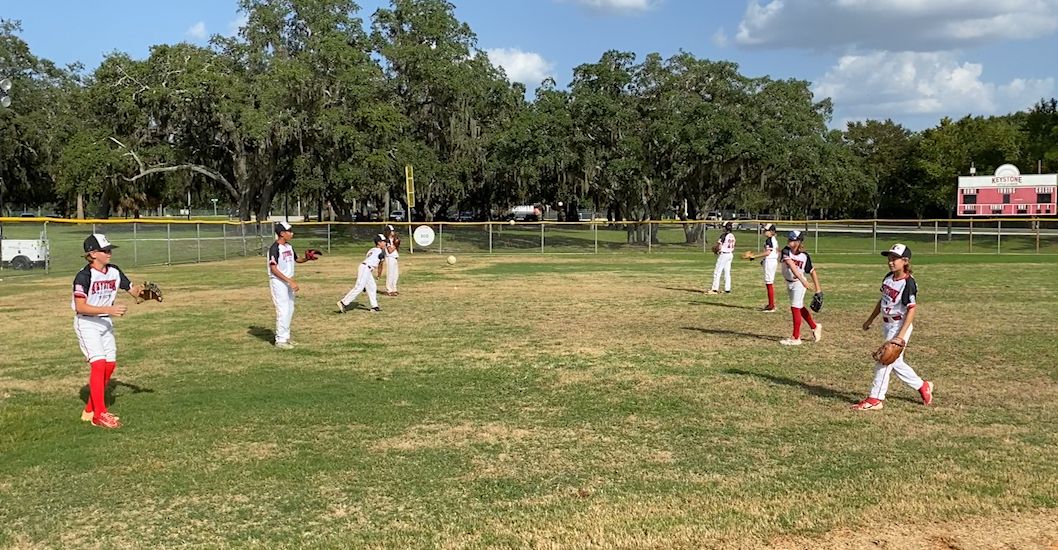 Since 2001, only four Sunshine State teams have clinched the Southeast Region title. And no Florida team has ever won the Williamsport Little League World Series. Keystone wants to change that. (Katherine Smith, Spectrum News istaff)

Keystone Little League set their sights on the World Series

TAMPA, Fla. - Something special happens when these guys get together.

There’s usually a lot of laughing. But these baseball players don’t just have fun together.

“Most of them have been together since they were eight years old and they’ve played together every season on the same All-Star team,” Coach Dan McCaffrey said. “So they’re cohesive and they’re friends most of all.”

This Keystone Little League team’s bond carries over onto the baseball diamond. And it have resulted in a lot of wins and back-to-back state championships.

Now they’ll be competing for the Southeast Region title for a spot in the World Series in Williamsport, Pa., the mecca of Little League Baseball.

“They’re having fun,” McCaffrey said. “They giggle in the dugout. And they come to play to have fun every day. I don’t think they realize the magnitude of it yet. But they will once we get there.”

Since 2001, only four Sunshine State teams have clinched the Southeast Region title. And no Florida team has ever won the Williamsport Little League World Series. Keystone wants to change that.

“We’re really happy about where we’ve gone,” first baseman Lee Melamut said. “But we still want to make it farther.”

Melamut has been playing baseball since he was three years old. There’s something about the sport that captured his heart.

These young boys will be making their television debut this week. ESPN will be broadcasting their games. And these little leaguers are ready for their closeup.

Maybe because Keystone has been in the national spotlight before. Back in 2015, Keystone clinched the state championship to advance to the regional round and thanks to one of the parents sharing the good news, some of the biggest names in sports, including Tim Tebow and Derrick Brooks, were wishing the preteen players good luck.

But now it’s this generation’s time to shine.

“We’re ready for it,” McCaffrey said. “The kids keep talking about it. So it’s a big spot for them. But I think once we get there and settle in, they’ll tune out the cameras and they’ll be ready to play.”