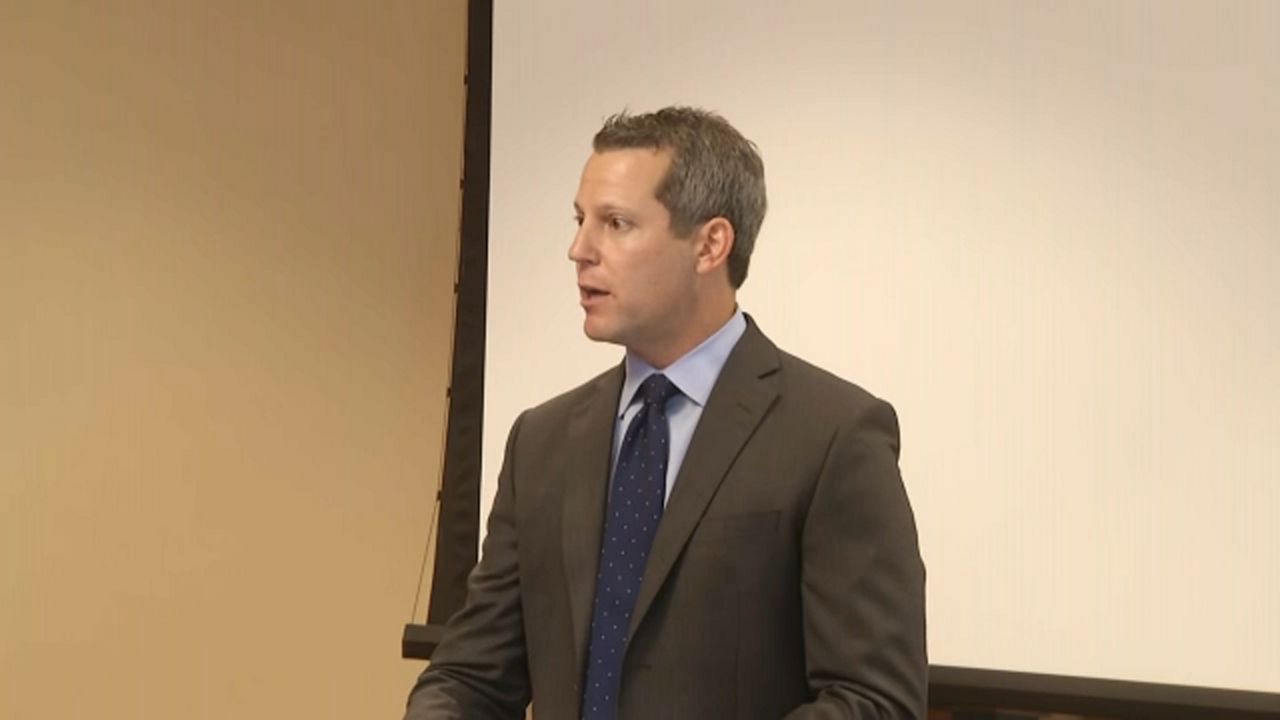 Andrew Warren responds to his suspension by the governor's office. (Spectrum News)

The suspension is for an indefinite period.

NEW: Gov. Ron DeSantis has suspended State Attorney Andrew Warren of the 13th Judicial Circuit of Hillsborough County due to what he calls “neglect of duty." Details: https://t.co/L795H5g4g8 pic.twitter.com/ZnBnGJxeSz

DeSantis said Warren put himself above the law by signing letters saying he would not enforce any prohibitions on sex change operations for minors and would not prosecute abortion cases. He made the latter statement after Roe v. Wade was struck down by the Supreme Court.

"It's not for (Warren) to put himself above that, and say that he is not going to enforce the law," DeSantis said at the news conference. "We don't elect people in one part of the state, to have veto power over what the entire state decides on these important issues.

"The constitution of Florida has vested the veto power in the governor, not in individual state attorneys. And so when you flagrantly violate your oath of office, when you make yourself above the law, you have violated your duty, you have neglected your duty, and you are displaying a lack of competence to be able to perform those duties. So today we are suspending State Attorney Andrew Warren effective immediately."

“Today's political stunt is an illegal overreach that continues a dangerous pattern by Ron DeSantis of using his office to further his own political ambition. It spits in the face of the voters of Hillsborough County who have twice elected me to serve them, not Ron DeSantis. In our community, crime is low, our Constitutional rights - including the right to privacy - are being upheld, and the people have the right to elect their own leaders - not have them dictated by an aspiring presidential candidate who has shown time and again he feels accountable to no one.

Just because the governor violates your rights, it doesn't mean they don't exist.”

Lopez was appointed by DeSantis to serve as a judge on the Hillsborough County Court in 2021. She previously served as Assistant State Attorney of the 13th Judicial Circuit for more than 15 years.

“I have the utmost respect for our state laws and I understand the important role that the State Attorney plays in ensuring the safety of our community and the enforcement of our laws,” Lopez said. “I want to thank the governor for placing his trust in me, and I promise that I will faithfully execute the duties of this office.”

Nikki Fried, who is running for governor, released a statement criticizing the decision by DeSantis. It said:

“This is a politically motivated attack on a universally respected State Attorney democratically elected to exercise prosecutorial discretion. Ron DeSantis is a pathetic bully. He’s doing this because he wants to be dictator, not a governor of Florida. That’s not how this works, though. This will backfire. We just saw it in Kansas. Florida is a pro-choice, pro-democracy state. If this stands, the people of Florida will put an end to it in November.”

Charlie Crist, also running for governor and against Fried in this month's primary, said: "The people of Hillsborough elected Andrew Warren not once, but twice, because of his commitment to safety and justice for all people. This action by Governor DeSantis is that of a wannabe dictator who puts partisan politics first. He doesn't give a damn about women or average Floridians. It’s a flagrant abuse of power.

“If Governor DeSantis was truly worried about the people of Florida, he would focus on the affordability crisis that’s crushing our state and squeezing working families.”