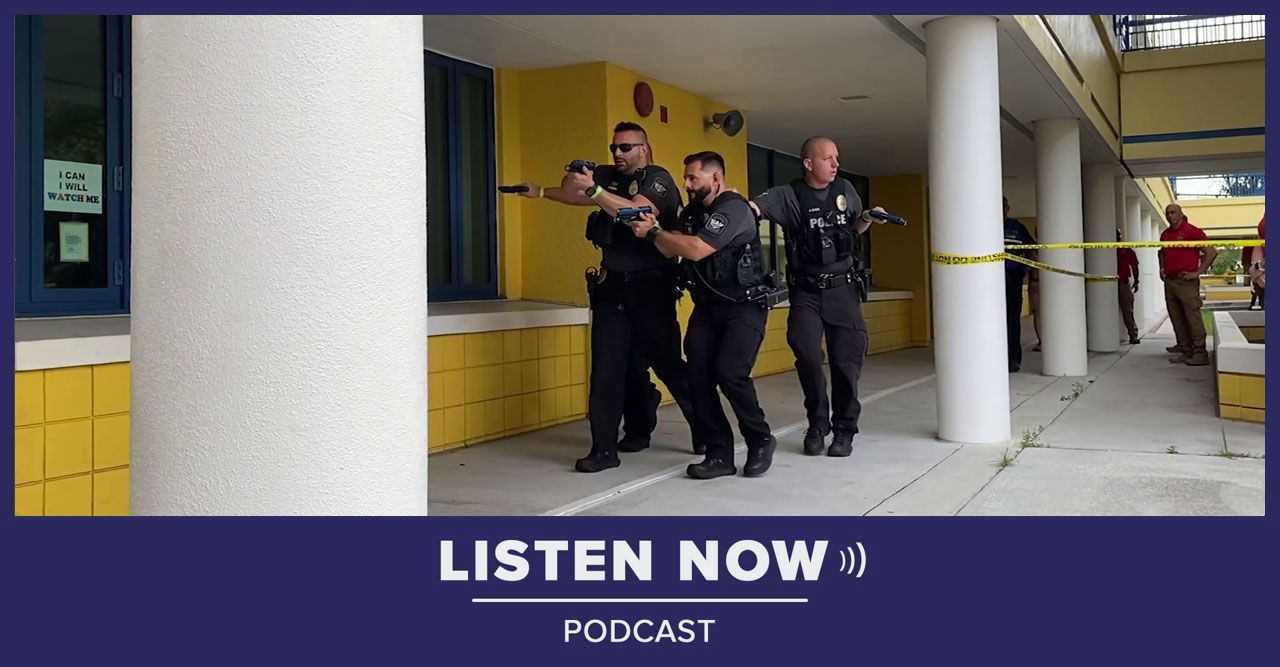 FLORIDA — Polk County Sheriff Grady Judd and Pinellas County Sheriff Bob Gualtieri talk about school safety as students return to the classroom this year, on this episode of To The Point Already with Bay News 9 anchors Rick Elmhorst and Roy De Jesus.

Judd and Gualtieri were both involved in the Marjory Stoneman Douglas High School Public Safety Commission, where they reviewed what happened after the 2018 tragedy in Parkland, and made recommendations in hopes of improving school safety.

Over the past four years on the commission, they have seen the progress on the changes they implemented that the legislature put in on how to lower the risk of school shootings.

Judd, who is a member of the commission, spoke about the recent school shooting in Uvalde, Texas, shortly after it happened in a press conference, calling the response "unacceptable."

He discussed it in more detail on To The Point Already.

"There's a lot of things that went wrong. First and foremost, the doors weren't locked, from the information that we had. And so, the ability to lock the shooter out of the school and away from the children was compromised," said Judd. "It was a quick response. But the quick response was after the shooting began. And then they didn't go in. They didn't respond appropriately."

Judd had mentioned during that press conference that he felt the rest of the country's school districts aren't ready, and that schools are better prepared in Florida after the Parkland massacre, which he also discussed in more detail with Rick and Roy.

"I would never suggest that we have eliminated the threat for an active shooter, but I believe we've reduced the probabilities by doing some safety-minded things, and that's not just law enforcement. And that's not just the schools. But it's also the community," said Judd. "If you see something, or hear something, say something. And words matter. If somebody threatens, whether it's a kid or an adult, we've got to have an intervention. We don't just want to be well-prepared for a gunfight at the school - that's the last place we want to find the active shooter. We want to find the active shooter days or weeks before they come to the school with a firearm."

"In most campuses in Florida, you have single points of entry, you have requirements that classroom doors be locked, you have communication devices where teachers can immediately seek law enforcement help, you have drills that are happening at least once a month on every campus so that kids know how to react, you have safe corners, or hard corners, or safe areas, identified in every classroom so kids know where to go is the safest place in the room," said Gualtieri.

With the School Guardian Program in effect, certified, armed personnel are put on school campuses around Florida to help keep students safe.

Gualtieri talked with Rick and Roy about the mass shooter response training that the Pinellas County Sheriff's Office led a few weeks ago.

"Everything we've trained on, and tried to make it as real life as possible," said Gualtieri. "And put a stressful situation where we are trying to define our vulnerabilities, because that's how you know whether you've achieved what you want to achieve in the most simulated way possible, and you're not being tested for the first time when the real incident happens."

Gualtieri said a lot went into the training with techniques and tactics, and what the next arriving officers on the scene are going to do, as well as setting up what they call casualty collection points, and triage posts and getting EMS involved, along with rescue task forces, which is a combination of law enforcement and fire EMS to go in and rescue the victims.

He also emphasized how crucial it is for the public to help.