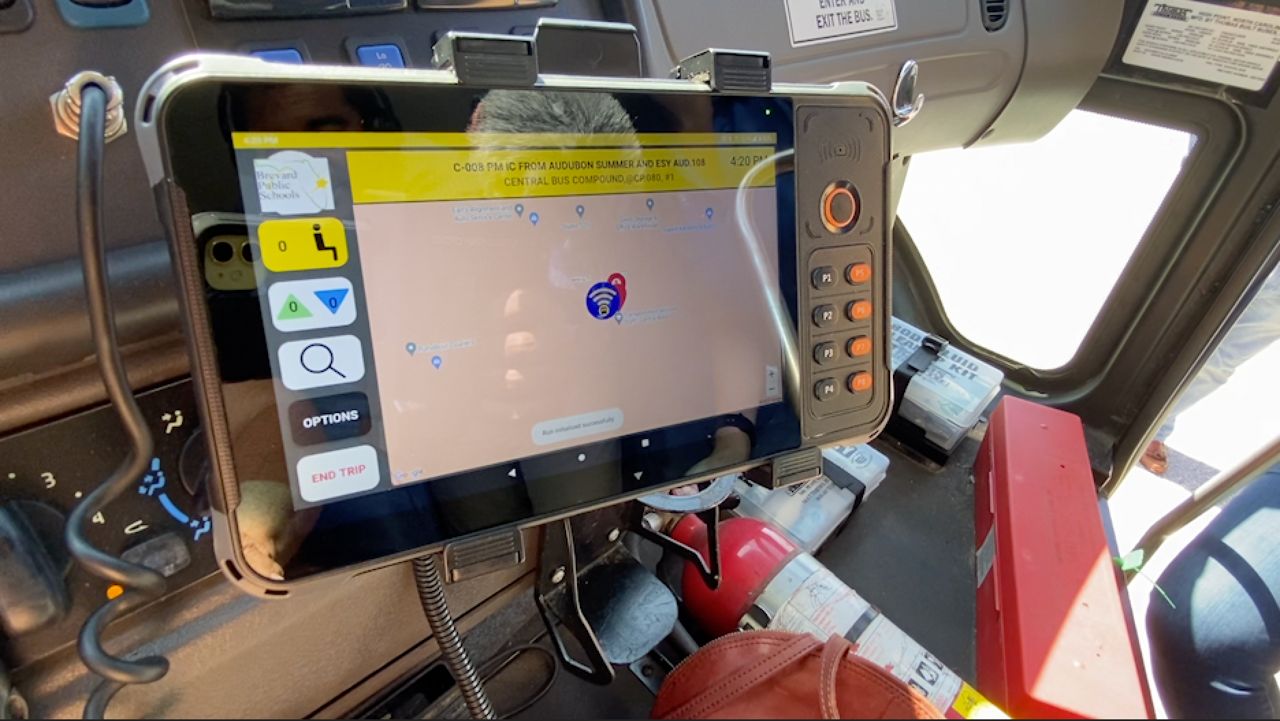 ReaXium officials give a demonstration of how the new check-in/check-out system will work on Brevard Public Schools buses starting this year. (Spectrum News/Will Robinson-Smith)

BREVARD COUNTY, Fla. — More than 23,000 students in Brevard County will hop on school buses in the 2022-23 school year, and for many of them, they will be using a new system that will help district and school leaders better keep track of them.

The new safety measure is from Florida-based ReaXium and rolls out districtwide for Brevard Public Schools after going through a pilot program toward the end of last school year and over the summer.

“It’s been really helpful to use summer school where students across the district are being bussed for their summer programs to come into this launch of the new school year understanding how do we introduce this new technology to drivers coming after all this time away,” said Maria Riquezes, the COO of ReaXium.

Once drivers enter their bus, they will scan their own ID cards using a ReaXium tablet and then select the route or routes that they are beginning.

“All of the district runs are loaded on the tablet for them so that they can make sure to pick the right one and hear what the next stop is and who the students are at those next stops,” Riquezes said.

ReaXium is headquartered in Boca Raton and specializes in things like “ridership solutions, GPS tracking, apps for parents,” Riquezes said.

“And so, it really was about bringing them into this century with making sure they didn’t just have control over their fleet, but enough supportive features for their drivers,” she said. “And obviously, the safety component of being able to monitor who’s onboard at any time.”

Similar systems have been put in place in schools in Martin County in South Florida as well as some charter schools in Broward County. Riquezes said BPS is considered a signature client in Central Florida.

He noted that while there will be a districtwide version of the program that he and his office will oversee, each individual school will have a more localized version of the system that allows principals and their staff to monitor the buses that travel to and from their schools.

“We wanted to bring it aboard for the safety reasons because we will be able to pinpoint exactly where our buses are, if there happens to be an incident or something like that and we will know exactly who is on each bus,” Miller said.

The district is looking into ways to make the information about the buses and routes more accessible to parents. That system could roll out by the middle of the school.