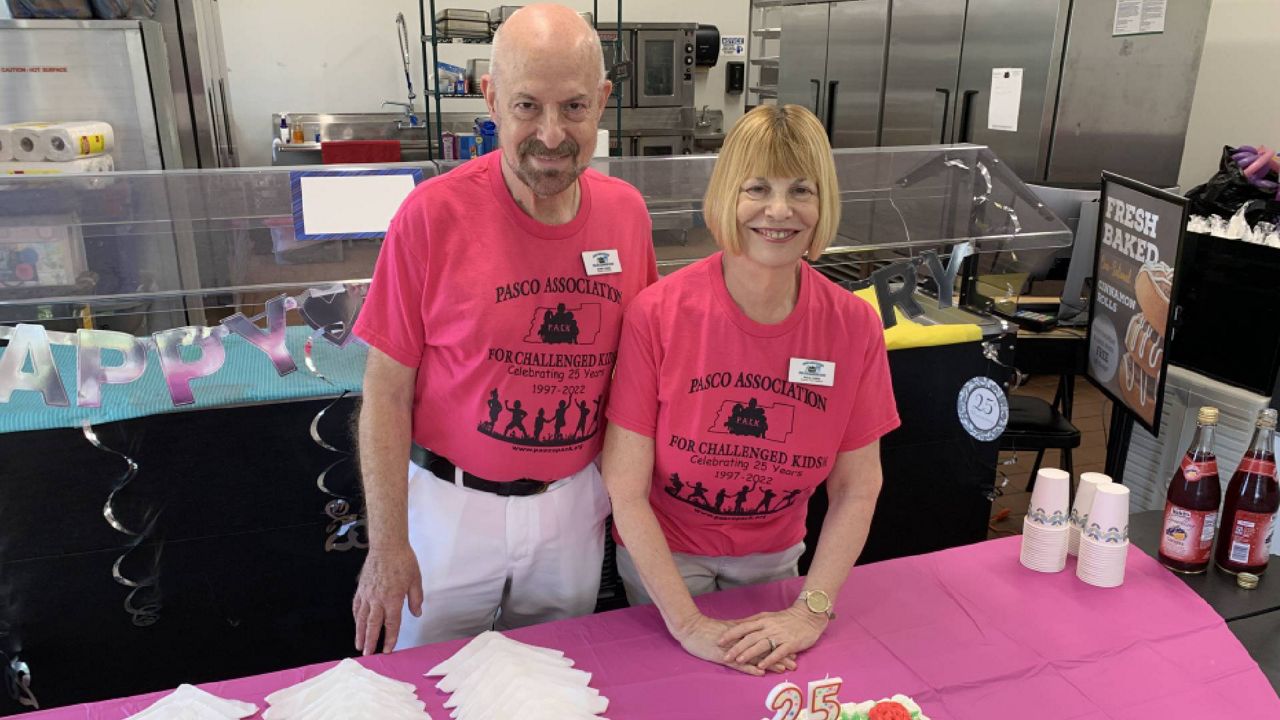 PASCO COUNTY, Fla. — As the summer winds down, a special day camp in Pasco County is celebrating a major milestone.

PACK Camp, which stands for the Pasco Association for Challenged Kids, just wrapped up its 25th year.

PACK takes in kids with disabilities that other camps won’t.

Founders Barry and Paula Cohen never thought they’d be spending so many summers running it.

PACK was originally born because of their son, Gregory.

He is autistic. As a boy, most summer camps wouldn’t accept him.

So they started their own.

“We started the camp because we said Gregory couldn’t be the only special needs kid. That needed something to do for the summer. 25 years later, I guess we were right,” Barry said.

The couple had some help from then-State Rep. Mike Fasano.

He helped them start a nonprofit and secure annual state funding to keep the camp affordable for parents.

During camp, they held a ceremony thanking him and State Sen. Wilton Simpson for their longtime support.

“It’s a great feeling to know you had a small part in making sure every child in Pasco County has an opportunity to go to camp,” Fasano said.

Twenty-five years later, PACK remains one of the only summer camps in the area that welcomes the kids other camps won’t.

“It’s their disability. They can’t help it,” Paula said. “So why shouldn’t they have fun, even if they can’t talk or they’re not all the way trained? That’s been our motto. They need to have fun, too.”

It takes months of work every year for just two weeks of camp, but it’s become Paula and Barry’s favorite time of the year.

“It’s a lot of work, but when I’m at camp and look around, I see these kids having fun, it just makes it all worth it,” Barry said.

And now they’re working on the next 25 years.