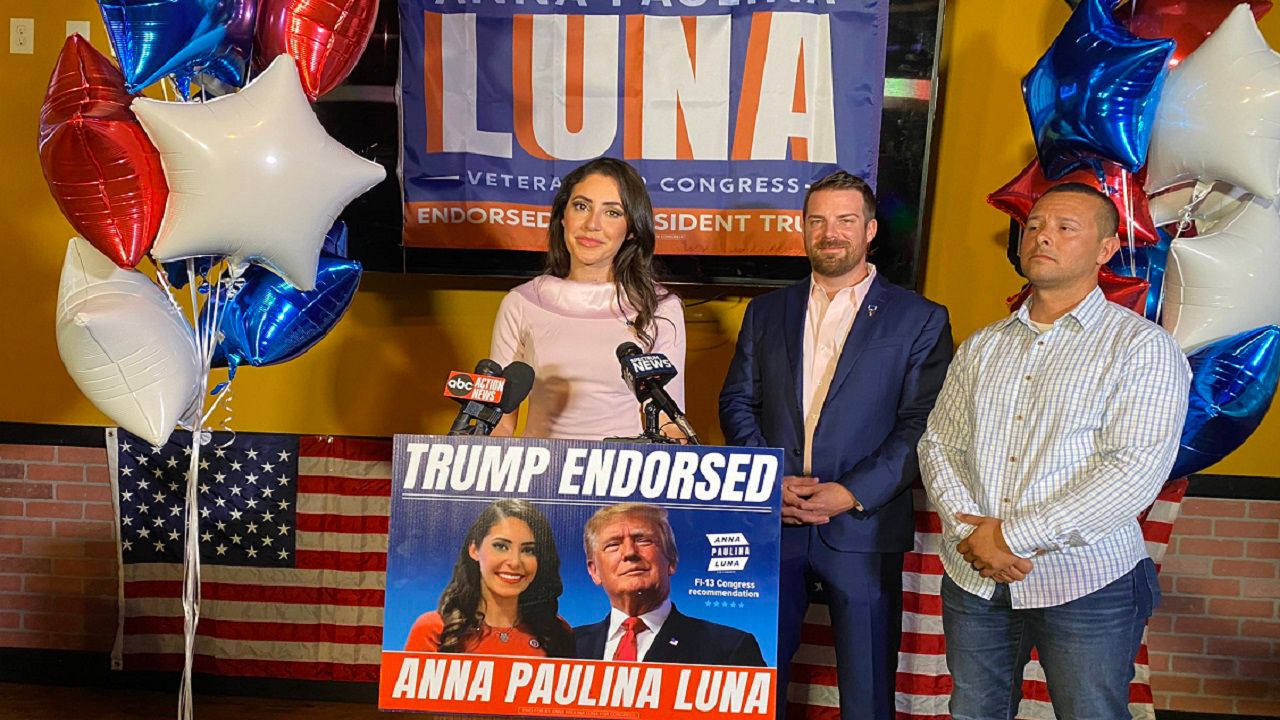 Luna won the Republican primary for Congressional District 13 by 8,500 votes.

She was in a crowded field with four other candidates. Her closest opponent was former prosecutor Kevin Hayslett.

Luna says her campaign knocked on more than 14,000 doors and she credits that kind of campaigning for her win.

"I can tell you that I firmly believe that it's grassroots that wins elections,” Luna said. “My team was out there every single day, twice a day, 300 doors a day over the last I don't know how many months.

“I can tell you that going directly to voters regardless in how much money in attack ads that they're spending against me, that makes all the difference in the world."

Luna will now face off against democrat Eric Lynn in November.