TAMPA, Fla. — As the Tampa Bay Buccaneers gear up for their first home opener against the Green Bay Packers, they will be one short on the field thanks to the one game suspension of Mike Evans.

Evans was suspended without pay for the game after the brawl last week in New Orleans with Saints’ Cornerback Marshon Lattimore.

Even though Evans won’t be on the field Sunday, fans and a local Tampa sports apparel company will make sure he is there in spirit.

“Whenever something pops off in Tampa, we want to be the first company on it because, you know, those are the teams we support and the teams we love the most,” said Jeff Antinella with Smack Apparel based in Tampa.

Smack Apparel is a nationwide company, but this week has been busy producing a new shirt honoring Evans. 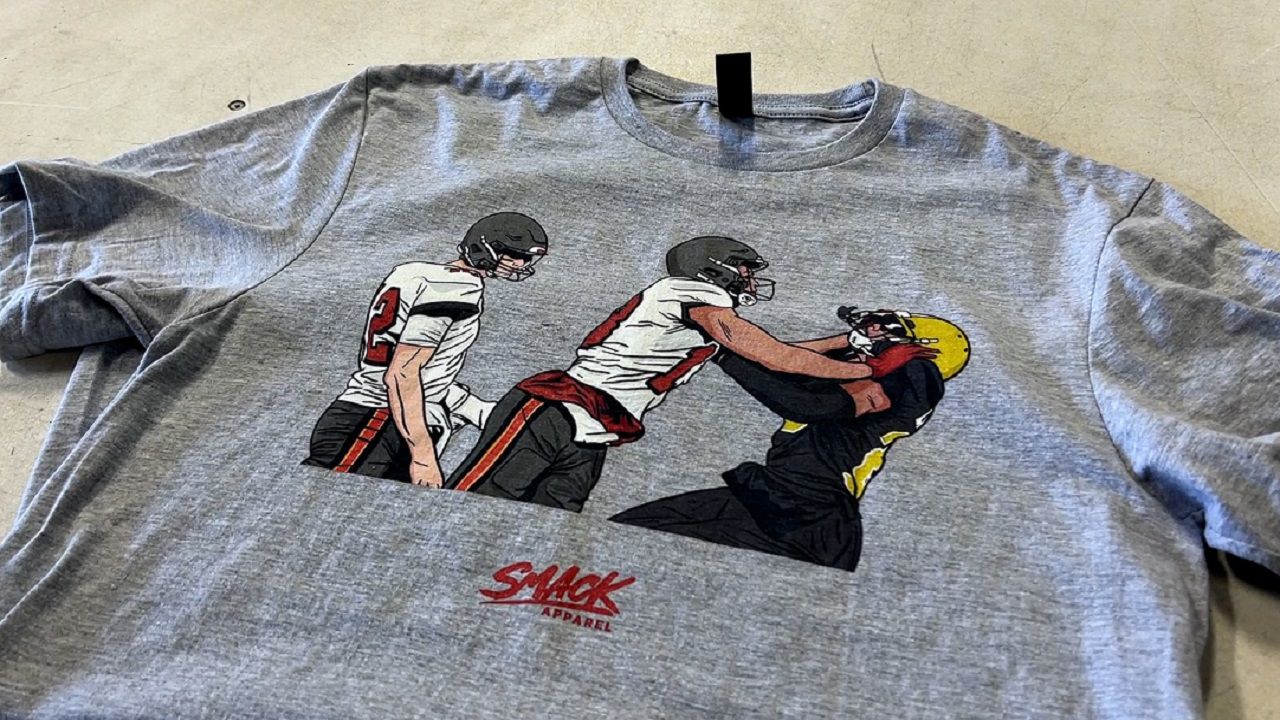 The shirt from Smack Apparel depicts Evans grappling with Lattimore, keeping him away from Quarterback Tom Brady. (Spectrum News)

“Mike Evans is probably the best to ever do it in a Bucs uniform so missing him for this game especially against Green Bay in the big home opener,” said Antinella. “We are going to miss him, but like I said, we love what he did, we love that he was protecting his teammates and protecting Tom and that’s the type of stuff that goes a long way in a football season. So like I said, we want to represent and show Mike Evans our respect and let him know Tampa Bay has his back.”

Although Evans is being honored in Tampa, in New Orleans at least one restaurant has banned him.

Evans appealed the decision to suspend him for one game, and the appeal was denied.