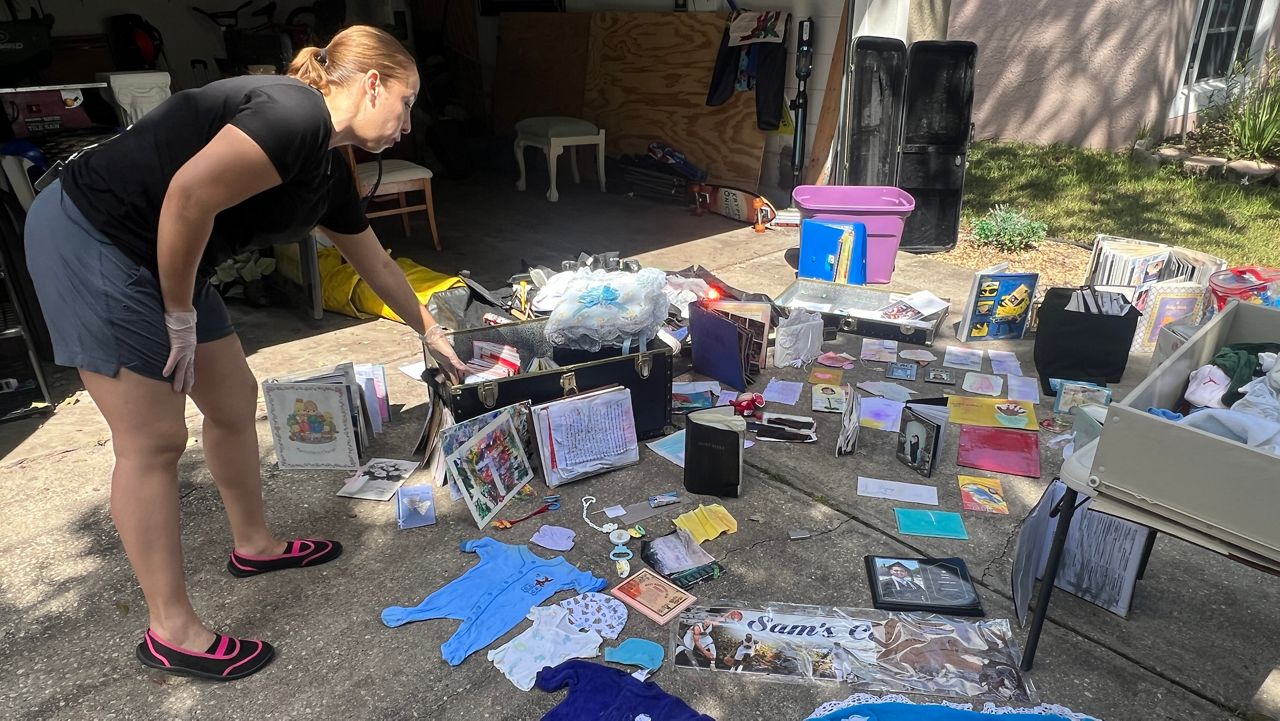 Years of memories are laid out to dry on Janet Velazquez's driveway, who's home suffered extensive damage from floods caused by Hurricane Ian (Spectrum News)

ORANGE COUNTY, Fla — For many in Central Florida, their lives changed overnight due to Hurricane Ian.

Where floodwaters have receded, some are now facing the damage left behind.

Piece by piece, Janet and Stephen Velazquez are busy tearing apart what is left of their family home in East Orange County. There is very little that floodwaters from Hurricane Ian did not damage.

“It’s just so surreal…what do you do, what do you tell your kids you know?,” said Janet Velazquez.

Outside on their driveway, years of memories are laid out to dry. She is trying to salvage everything from cards, family photos to the outfits her children wore when they came home from the hospital.

“You know all these memories that you hold on to, the pieces of different times in their lives that you just can’t get back,” said Velazquez.

Having been a teen mom and the first person from her family to graduate college, these notes and mementos from her children have always been a source of strength for Velazquez. They remind her of what she worked so hard for. Since they have weathered many storms in this home, she didn’t think they were at risk.

Despite not being in a flood zone here, water rushed into their home as Ian bared down on East Orange county.

It now will likely cost them hundreds of thousands of dollars.

“Insurance said that they do not have flood insurance on my policy so none of this is covered, that this is all of our responsibility to replace,” said Velazquez.

In the backyard, it is still hard to believe that water caused this much destruction.

“The water got up to this high,” she said, marking several feet up on her fence.

While they can no longer live in their home and are unsure what the future holds, Velazquez is confident they’ll get through it one day at a time.

“What do you do but just try to pick up the pieces of life and rebuild,” she said.

The Velazquez family is not alone, as those around their entire subdivision are dealing with the same thing. Velazquez shared she even got a message from the school district that her son’s school right down the street, Riverdale Elementary, was not considered safe and he will have to report to another school farther away— adding yet another strain.