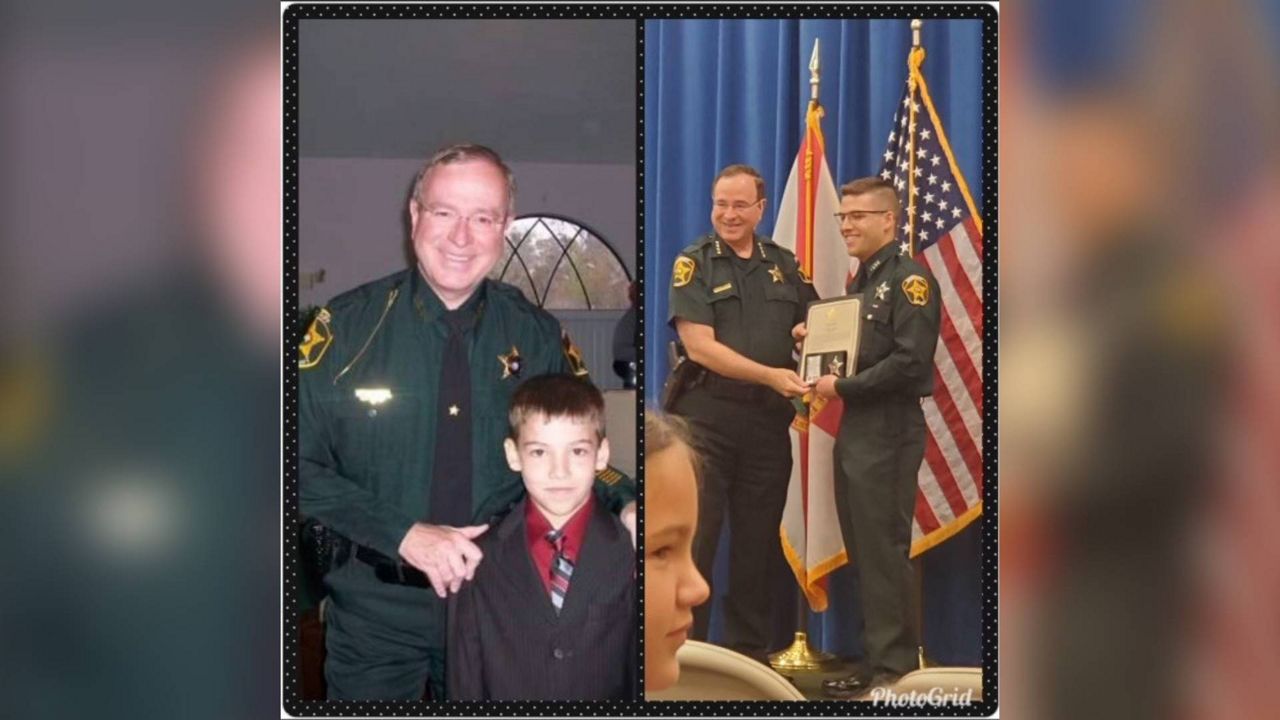 Polk County Deputy Blane Lane’s pastor says Sheriff Grady Judd was one of his heroes. He says the photo on the left shows Lane as a child with Judd, and the one on the right was taken on the day Lane was sworn in. (Courtesy: Lane Family via Justin Stewart)

LAKELAND, Fla. — The lead pastor at Together Church said fallen Polk County Deputy Blane Lane made an impact on the community during his 21 years that will long be remembered.

"Nobody is a stranger to him. He's a people magnet," said Pastor Justin Stewart. "He makes an impact on people's lives within the first few minutes that you meet him. You feel like you've known him forever, and I think that's what has made the biggest impact on everyone. And I think that's why the family is so crushed. It's a massive, massive loss for them."

Lane died Tuesday while serving a warrant with fellow deputies in Polk City. Stewart said he knew him for three years through his attendance at the church. He said family told him that from an early age, Lane knew he wanted a career in law enforcement.

"He had two heroes in his life. His first and foremost hero was his grandfather, and secondly was Grady Judd," Stewart said, referring to the Polk County Sheriff. "His biggest quote to me was that one day, he was going to be the next Grady Judd."

It’s been a heartbreaking few weeks for law enforcement in #TampBay. Deputy Blane Lane, 21, seen here with @PolkCoSheriff on the day he was sworn in eight months ago, was fatally shot this morning while serving a warrant in #PolkCity. @BN9 #bn9polk pic.twitter.com/ElsI77t9ur

Photos Stewart provided Spectrum News from Lane's family show him posing as a child with Judd, then shaking hands with the sheriff earlier this year when he was sworn in as a deputy.

"For him, it wasn't about wearing a badge. It was truly about protecting and serving," Stewart said. Stewart called Lane a great father to his three-year-old daughter.

"When he had his daughter here in church, I don't think that I ever saw him without her in his arms," Stewart said. 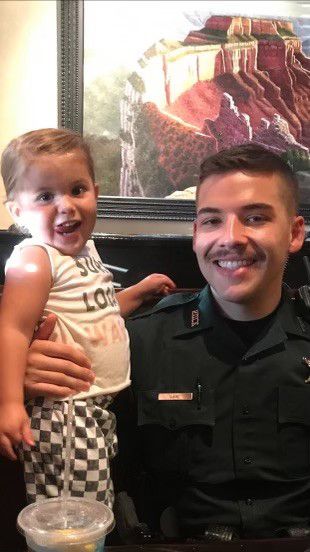 The pastor said Lane loved the outdoors and activities like hunting and fishing, as well as his family and brothers and sisters in law enforcement.

Polk County Public Schools also remembered Lane in a post on their website. "Our hearts are broken today after hearing that Mulberry High graduate Blane Lane has died," the post reads.

It states Lane played golf and football at Mulberry before graduating in 2020.

“He was full of life — always had a bright smile and was friendly and respectful, had lots of friends,” Principal Michael Young is quoted in the post. “He was just an upstanding young guy.”