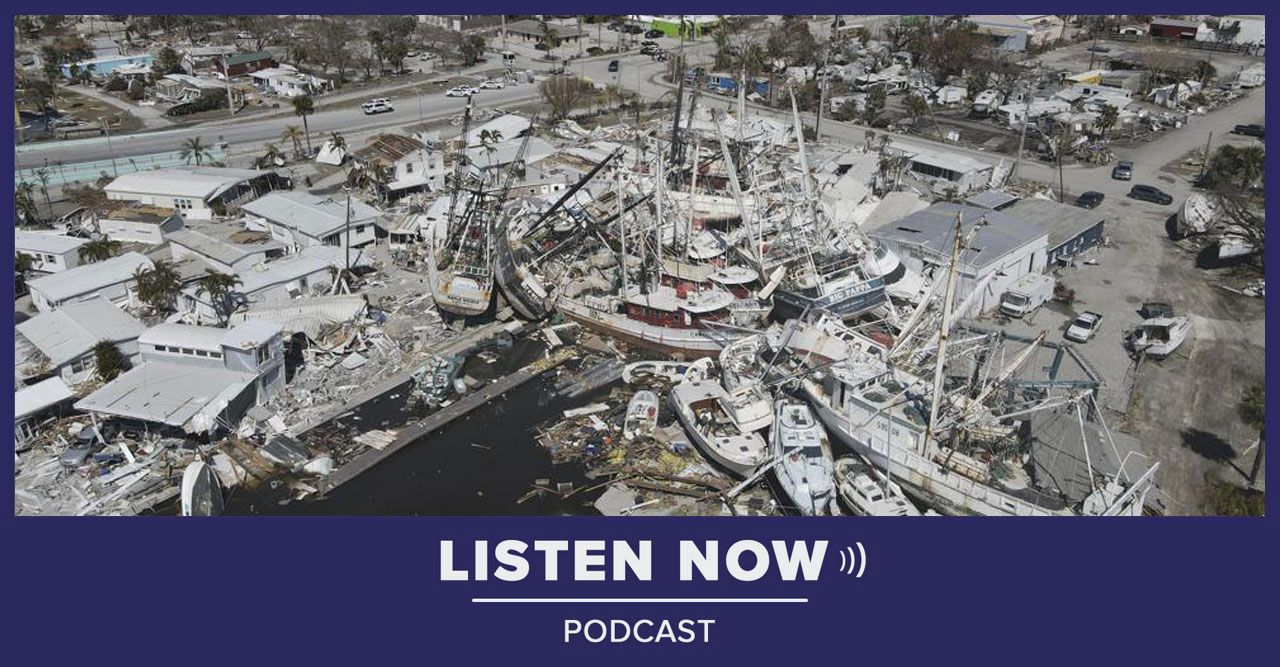 FORT MYERS BEACH, Fla. - On a Southwest Florida coast where only a few miles meant the difference between life and death and relief and ruin, the legacy of Hurricane Ian is taking on different meanings for different people.

A strong Category 4 storm with 155 mph winds, Ian is being blamed for 102 deaths (so far) and a staggering economic cost of destruction, which will be in the billions.

On this edition of To The Point Already, Rick Elmhorst and Roy De Jesus discuss key moments before, during and after the storm with Bay News 9 anchor Holly Gregory, who was on the ground in Lee County after Ian and with Chief Meteorologist Mike Clay, who was on air throughout the storm.

"It's just awful on Fort Myers Beach," Gregory said. "And the need is going to be great. There are a lot of people that are going to need a lot of help for a long time."

With models showing an eastern Gulf of Mexico storm as early as a week before, Ian grew in strength as it exited the northwest coast of Cuba and took aim at Florida's west coast Sept. 28. It became slowly evident the storm would not approach Tampa Bay and instead followed a near identical path to landfall as Hurricane Charley did in 2004.

"But it turned out to be a completely different animal."

Running water and power has been restored mostly and a temporary bridge was quickly restored to Pine Island.

But there are still mountains of debris to remove across Fort Myers Beach, Sanibel Island, Pine Island, Englewood, North Port and other areas, as well as waterlogged roads and destroyed infrastructure.

As a slow rebuilding process awaits southwest Florida, what can be learned from this catastrophe before future storms?