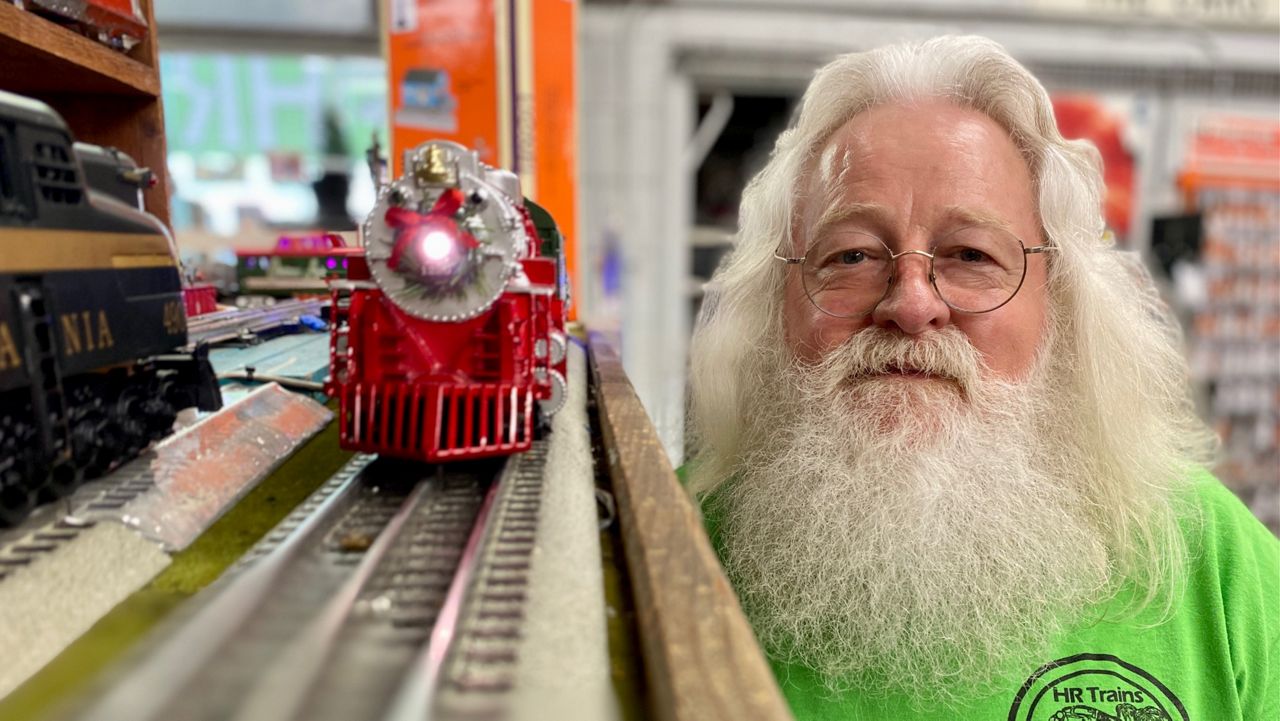 Dennis Hoffman stands next to a Christmas train set at HR Trains & Toys in Pinellas Park. He is in the 2nd generation of family members involved in the hobby shop. This year's train show is Oct. 22-23 at the Pinellas Park Performing Arts Center, right next to the shop. (Spectrum News/Bobby Collins)

“This is the new Lionel Christmas Light Express,” he explained.

It comes with bell and whistle sounds, along with the voice of Santa, and even little rings of smoke.

Generations of train enthusiasts prepping for this weekend’s show- they opened in 1976. @HRTrains 📷 @BCollinsPhotog @BN9 pic.twitter.com/T9ySeIocVz

The hobby shop has been a Pinellas County mainstay, introducing the pastime to the teeniest of future engineers, like 4-year-old Ashton Thomas.

“I love all trains,” he declared as he played with the crane of a self-propelling wooden train, with cars connected by magnets.

Thomas is the fourth generation of his family to live — and maybe someday work — in this miniature model world.

It may start with a simple, self-propelling wooden train.

But it can sometimes end up at a $5,000 customized, locomotive engine dubbed “The French Lady.”

Tom Fernandez is at the controls of this intricate machine.

He returned to his junior high train hobby in 2011. Now 71, he’s been working in the shop running trains — and fixing them — for the past five years.

Like the rest of the HR crew that’s become family, Fernandez takes a macro view of his micro repairs.

“Final product — if I did my part and it works — my customer is happy,” Fernandez said.

It takes a whole team to run these trains in the big world. And a whole family to run them in this little enchanted one.