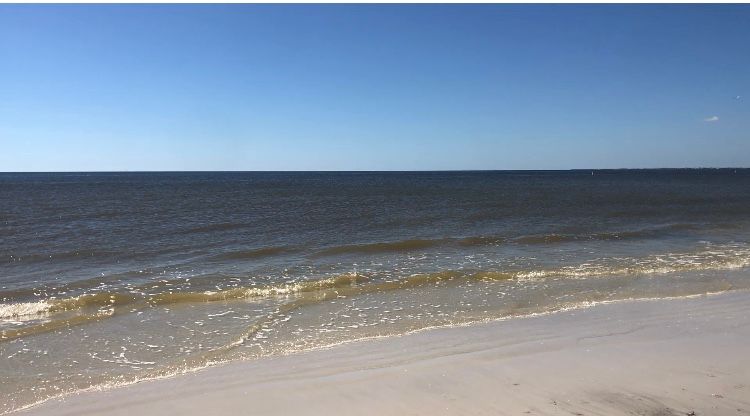 Researchers at Florida Gulf Coast University say the waters off the coast of Lee County are discolored from storm runoff and sediment stirred up in the wake of Hurricane Ian. (Spectrum News/Cait McVey)

The Ocean Conservancy Group, a nonprofit environmental advocacy group, predicts even more nutrient runoff in the wake of the storm — which would be on top of runoff caused by Hurricane Ian.

“With Hurricane Ian and now Nicole, we could see a potential water quality disaster,” said director J.P. Brooker. “Excessive rainfall will increase the water level of Lake Okeechobee, resulting in a need for nutrient-laden discharges out the St. Lucie and Caloosahatchee rivers. Those nutrients inevitably hit the coasts, fueling the growth of algae.

"Some of these blooms — such as red tide and blue green algae — cause fish kills, soil our precious coastlines and devastate our economy.”

Already, red tide is cropping up in the aftermath of Hurricane Ian on Florida's west coast. Researchers at Florida Gulf Coast University went on a weeklong research voyage last month to collect water and sediment samples.

Upon the team's return, those water samples were provided to the Florida Wildlife Conservation Commission and contributed to the commission's findings of red tide along Florida’s west coast.

FGCU researchers are in the process of performing tests on the sediment samples, in an effort to prove a theory that connects red tide to the movement of sediments during a hurricane.

“A lot of people think red tide is formed from runoff, but what we’re also looking at is the natural process of it living inside the sediment,” said student researcher Susannah Cogburn.

Researchers believe when red tide in the water subsides, its cells filter down to the ocean floor and mix with sediment, remaining dormant until another storm comes through and stirs things up again. They say that when nutrients are added from storm runoff, naturally occurring red tide can become a major issue.

FGCU researchers are now working to test the samples and results are expected in the coming weeks.