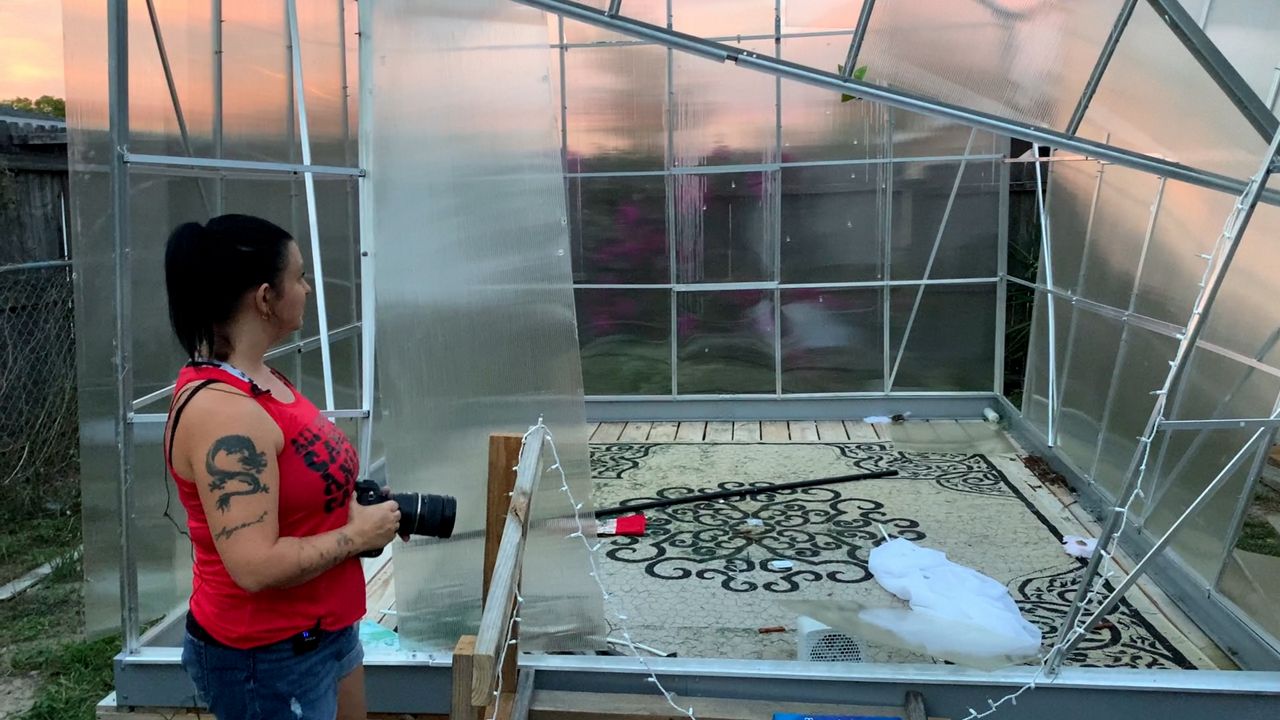 Courtney Rose in front of her studio. (Spectrum News/Tim Wronka)

PORT RICHEY, Fla. — It wasn’t how Courtney Rose thought her Christmas season would go this year.

“Heartbroken,” Rose said. “It’s very emotional for me to see all of this and what a tropical storm could do.”

Her greenhouse, which she had just converted into a studio for her photography business, Good4U Events, was destroyed during Tropical Storm Nicole.

“It’s different than what else is available around here. But it was just something of my own that was part of my dream turned reality. So watching that crush, just crushed me,” Rose said.

Before the storm, she had turned the greenhouse into a winter wonderland for Christmas photos. It’s one of her busiest times of the year.

Rose says she built it to withstand a storm. It survived Hurricane Ian. But then came Nicole.

“I watched it go panel by panel. It was like something I hope to never see again,” Rose said.

A dream gone in an instant. And with that, Christmas photos for the families she works with.

“My main concern was not so much the structure. It’s having to let my clients down to reschedule or completely cancel for them,” Rose said.

But Rose refused to give up.

With the help of friends and family, she salvaged what she could from the debris, turning her front porch into a new Christmas set to get through the season.

And with that, came an early Christmas gift for her clients like Lorene Stogner.

“This is extremely important,” Stogner said. “Because it’s so expensive to go elsewhere. Being a single mom, it’s important to be able to afford nice, quality pictures.”

Rose still hopes to rebuild her studio. But capturing those holiday memories is keeping her going for now.

“My clients have been with me for many years. And to not be able to see their children grow up broke my heart. So that was the main motive of moving everything,” Rose said.

And though Nicole tried to stop her, she was able to still do what she loves.

Those who are interested in Courtney’s photography or helping her rebuild her studio can visit her GoFundMe here.