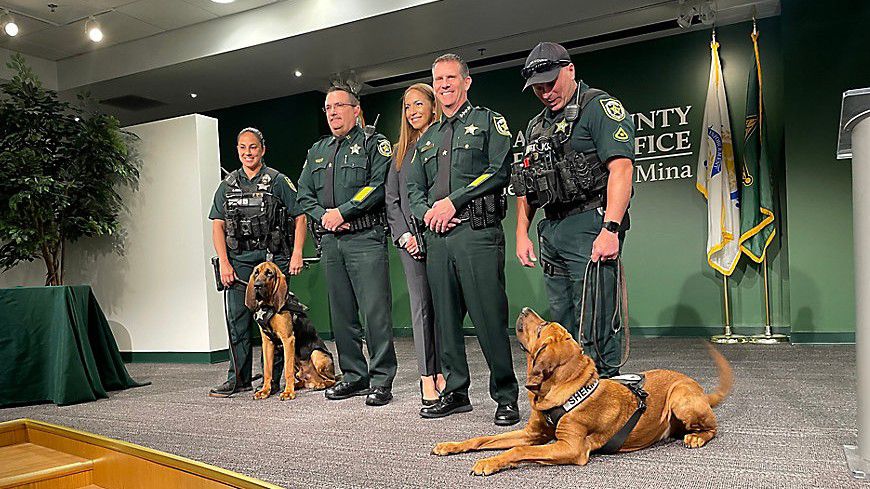 The partnership comes after three people missing in Central Florida were found dead in the last month.

Axel Caballero, 3, was found dead on Nov. 13 in an Orange County retention pond near his home after he went missing earlier that day. Officials said he had Autism and was non-verbal.

Axel was found dead in a retention pond near his Seminole County home after an hours-long search.

After a weeks-long search, McClenton’s body was found in a swampy area in Kissimmee about a mile from where he was last seen.

“The first hurdle to overcome when the deputies respond in a tracking dog situation is getting that good scent article,” OCSO Police Capt. Bruce McMullen said. “Sometimes there isn’t one, so we have to go the place where the person was last seen and it makes a lot harder.”

In order, to help provide investigators with a good scent article the Senior Resource Alliance provided the Orange County Sheriff’s Office with 1,500 Scent Preservation Kits and two bloodhounds, Wyatt and Roscoe, to find the missing persons.

The dogs came from donations by a private donor and the Central Florida Foundation.

The OSCO will distribute the kits at its substations to residents with at-risk family members or people they care for.

The way the kit work is the person wipes a cloth on an area of their body to allow it to absorb their scent, and then seals it in a container, which can preserve the good scent article for about 10 years.

There is also a flash drive where a family member or caregiver can fill it with important information about the missing person to help investigators identify them.

Officials say 30 other sheriff offices utilize the kits, and the OCSO will be the largest among them.

“We believe this will make us much more successful," McMullen said of locating missing individuals.

The SRA in total will distribute 5,000 of the scent preservation kits around four Central Florida counties: Brevard, Seminole, Orange and Osceola.