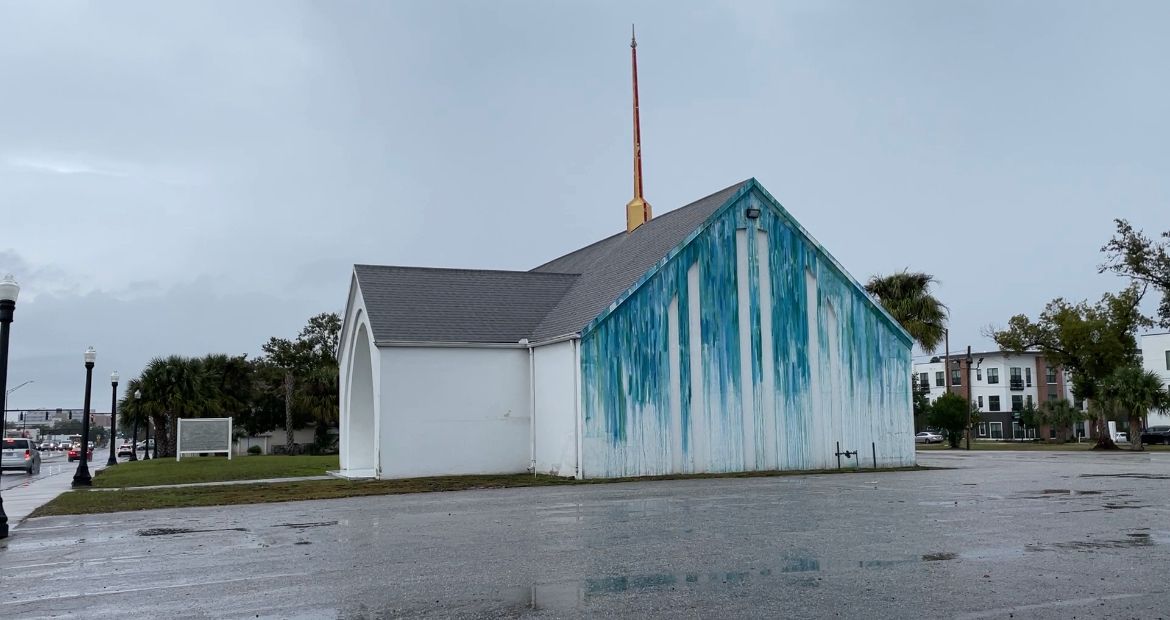 The former church on Massachusetts Avenue in Lakeland has been vacant for years and owners hope to convert it into a bar and event space and open it by spring. (Nick Popham/Spectrum Bay News 9)

LAKELAND, Fla. — Some city commissioners in Lakeland are concerned about a former church that owners are planning on converting into a bar and events space.

When we first met Kara Simm, she saw the inside of this abandoned church with quite the creative lens.

She and her husband, Stuart, owned a bar and events space in downtown Lakeland, which closed down a few months ago.

They had driven by this building several times and had the idea of converting it into Lakeland’s newest bar and events space named the Chapel.

After looking through it, seeing the stain glass and the existing bones of the building, they pulled the trigger and now own the place.

“I’ve got about 100 emails in my inbox right now with potential events for the spring and summer,” Simm said.

That’s when they hope to open the Chapel with essentially just one thing left to do.

“We are literally just waiting on the blessing from the city,” Simm said.

This week, the city commissioners held its first reading on the proposed Chapel.

For the Simms, the majority of the conversation from the commissioners were less than ideal.

“Because it’s a bar,” Stephanie Madden, a city commissioner, said. “I have a lot of people who feel it’s sacrilegious.”

According to Madden, she’s received several emails from folks regarding the Chapel and says the idea is concerning to her and people she represents.

“That’s very disturbing to a lot of our constituents that it would be taking something that is a religious building and making it into a bar,” Madden said.

But Chuck Barmby with the community economic development department says they’re following existing ordinances because their building and the building across the street that both were churches have been vacant for years.

Essentially, just because it looks like a church doesn’t mean it has to be a church.

“We don’t get into how the site is marketed,” Barmby said. “As long as they’re operating in compliance and conditional use code, if it were approved by the commission, those are the key elements there.”

Which is part of Simm’s point to why they feel this is a great use for the space.

“It’s a commercial building at the end of the day and even the building across the street has been vacant forever,” Simm said.

She thinks that with the Chapel, more empty buildings will see businesses return.

But folks like Bill Mutz, Lakeland’s mayor, aren’t so sure.

“Competition in America is fine,” Mutz said, “but for us as designers of this corridor to have the kind of amenities and the appearances that we want to have in that area, to me, this is a gross misuse of that facility.”

But whether they officially deny or approve this idea depends largely on the public comment period that will take place later this month.

The first public comment meeting regarding the Chapel is scheduled for January 17 at 9 a.m.