TAMPA, Fla. — On Wednesday, the Tampa Police Department announced a 16-year-old was arrested, facing charges related to a shooting Tuesday evening when bullets struck an unmarked patrol car. The teen faces assault with a deadly weapon, according to police.

Officers said they found a gun at a nearby home where the suspect tried to hide it.

Police said another teen was with him and had active warrants unrelated to this incident.

Local organizations that work with youth say more kids are getting involved in gun violence and it's an issue that affects the entire community.

Freddy Barton, executive director of Safe and Sound Hillsborough, said young people getting involved in gun violence is a growing concern. As a father of two, Barton said he's concerned about their safety and welfare which is why he works with youth in Hillsborough County.

The nonprofit has worked with more than 3,000 kids and families since opening in 2013. Most recently, Safe and Sound Hillsborough started a youth gun offender program to get those kids back on track. Since beginning the program three months ago, Barton said fewer than 20% of participants have committed repeat offenses. 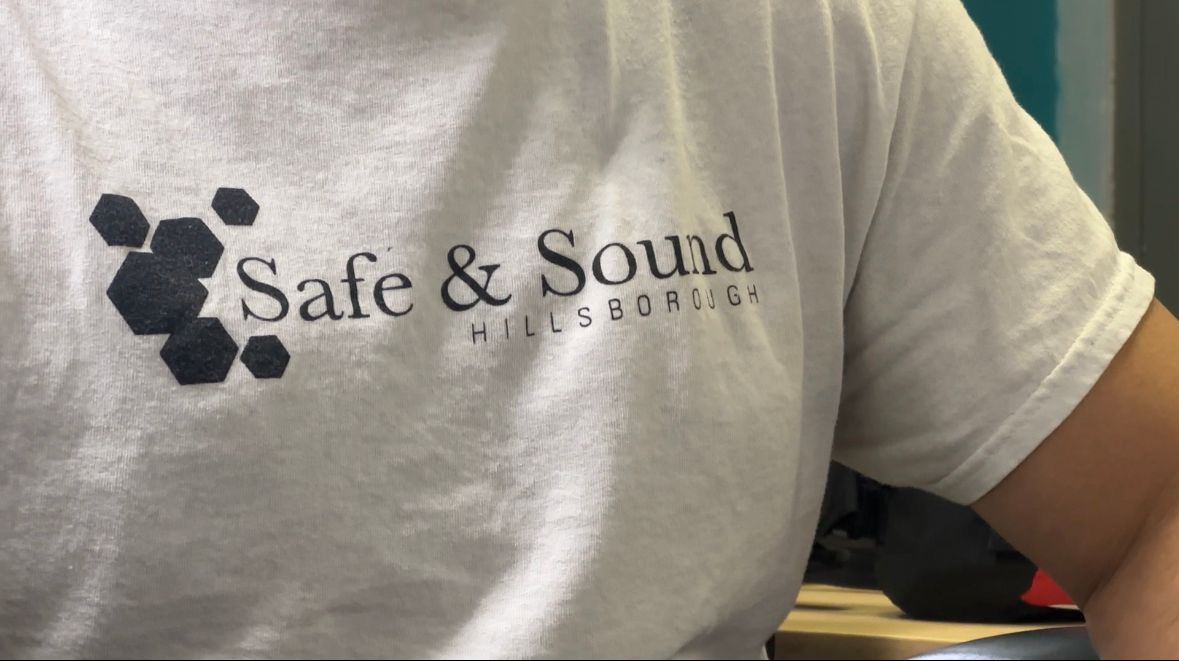 When working with kids who have been at-risk or involved in gun violence, Barton explained they ask where they got a gun and why they felt the need to use it.

"Our kids are saying 'I’m scared, I don’t feel safe in my community and so I think that I have to pick up a firearm,'" he said. "We’re working with law enforcement and community-based organizations to let these youth and adults know that you don’t have to feel that way."

Barton said it's an issue that affects the entire community and will take everyone doing their part to stop it.

"If you are a parent of a young person every person can go in their child’s room, look under the bed, look under the pillow, look in the closet," he said. "It doesn’t matter if you live in West Tampa or Westchase, we all have a responsibility to prevent gun violence from happening in our community.”

If you own a gun, Barton said to make sure it's stored properly and not left where it could get into the wrong hands.