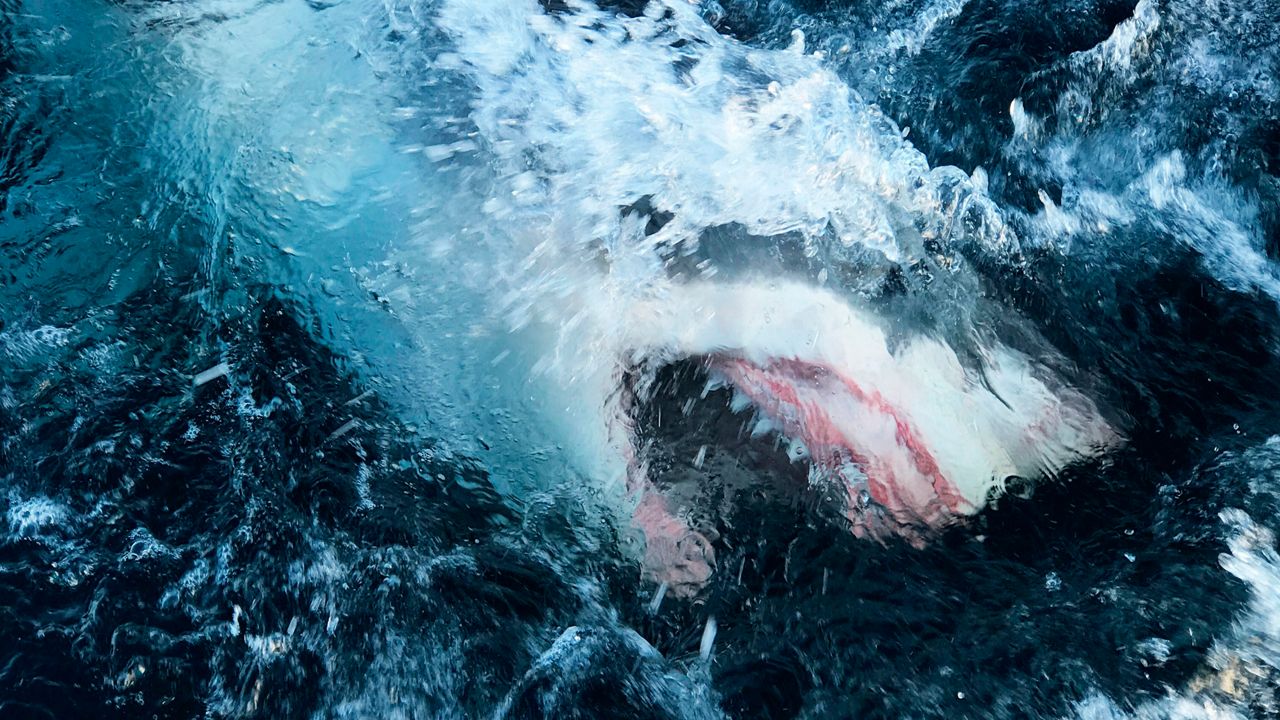 A shark surfaces in a scene from "Shark Lockdown," an episode of the Discovery Channel's Shark Week 2020. (Discovery via AP)

ORLANDO, Fla. — Discovery Channel’s Shark Week is as binge-worthy as it gets with brand new content starting at 8 p.m. nightly. It’s touted as TV’s longest-running week of programming, now in its 32nd year.

Here’s what you can expect for this year's Shark Week:

This show revisits the most popular and iconic “Air Jaws” moments.

“You've probably heard the saying from the movie ‘Jaws’ that we're going to need a bigger boat,” he said, smiling. “My saying is, I'll need a smaller boat… The sharks aren't intimidated like they are sometimes with the big boats. You can get a lot closer. You can get down to water level. When it comes to sharks, close-ups matter. The closer, the better.”

3. Tapping: Kurr adds that a boat-tapping technique does the trick, as sharks have pretty incredible hearing.

“Sometimes when they're a little farther away from the boat, and if you tap on the boat, it also attracts them,” Kurr told Spectrum News. “I think the sound of tapping might be a cue for them that there's an injured fish or something that they should go check out.”

4.  Shark behavior in age of COVID-19: For nearly 5 months, we've been living amid the COVID-19 pandemic. We asked Kurr if human activity has caused any kind of behavioral differences with sharks.

“Well that's a great question, because the lockdown affected the way we did Shark Week this year. Our first day out filming in South Africa, we weren't even sure if the sharks were going to be out there, because no one had been to sea for months. And, thankfully, when we threw a bait in the water, there were 20 great whites within a few minutes.”