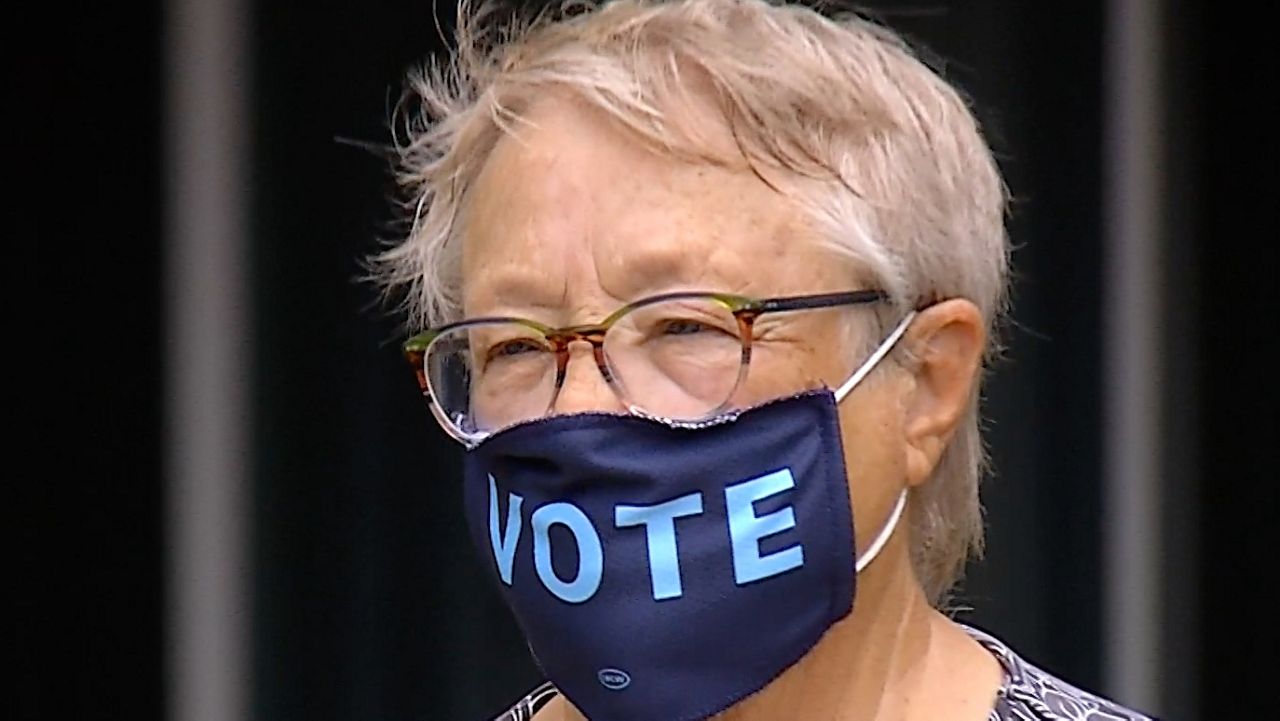 Donna Lukas, 75, has lived at the Top of the World retirement complex in Clearwater for eight years. She says she’s very concerned about Social Security, which makes up a large part of her income. (Mitch Perry/Spectrum Bay News 9)

A recently released poll commissioned by AARP Florida shows Donald Trump leading Joe Biden among Florida voters age 50-plus, 50 percent to 47 percent – but that is a much closer margin than how Trump fared with seniors against Hillary Clinton four years ago in the Sunshine State, according to exit polls.

And among voters 65 and older in the Sunshine State, the new survey shows Biden leading Trump, 49 percent to 48 percent.

Exit polls from 2016 had Donald Trump besting Clinton by 13 points among Florida voters between the ages of 45-64, and by 17 points among voters 65 and older.

Trump’s polling erosion with senior voters in Florida was also captured in a poll taken last week by an NBC News/Marist survey, which had Biden up over Trump by a single point, 49 percent to 48 percent.

The AARP commissioned Benenson Strategy Group and GS Strategy Group to conduct the survey. They contacted 1,203 likely voters age 50 and older between August 30 and September 8, and has a projected 2.5 percent margin of error.

Here are some of the highlights from the survey:

“I think that one of the things that is really valuable for campaigns to remember is that these issues – Social Security and Medicare, the cost of prescription drugs, are ones that are recurring every cycle,” says Jeff Johnson, the state director with the Florida AARP.

“Our voters want to know what the candidates want to do about these things, and about what they’ve done and what they plan to do,” Johnson added. “And that happens across party lines. So it doesn’t matter what your party affiliation is. You care about the long-term future of Social Security. You care about keeping health care costs down, both thru the Medicare program, as well as through prescription drugs. And given that older voters cast the majority of votes here in Florida, it just makes sense for campaigns to be paying as much attention as possible to those issues.”

Donna Lukas, 75, has lived at the Top of the World retirement complex in Clearwater for eight years. She says she’s very concerned about Social Security, which makes up a large part of her income.

A Democrat, Lukas says her biggest concern is something that wasn’t captured in the AARP poll: America’s reputation around the world, “especially in our inept handling of the coronavirus.”

“Other countries are doing so much better than we are, despite what Donald Trump is saying,” she says.

One interesting tidbit from the survey: When likely voters age 50 and above were asked if a vaccine for Covid-19 came out within the next couple of months, how confident would they be that it was safe and effective, only 46 percent said they were confident, while 53 percent said were not confident.

“If a vaccine came out this fall, I wouldn’t take it,” Lukens told Spectrum Bay News 9. “The reason is because of the fast track for the vaccine. I’m very concerned about that.”

And just as the poll indicates, Lukens says that if and when a vaccine is available in 2021, she will definitely take it.